Hat-trick Houlihan is too hot to handle 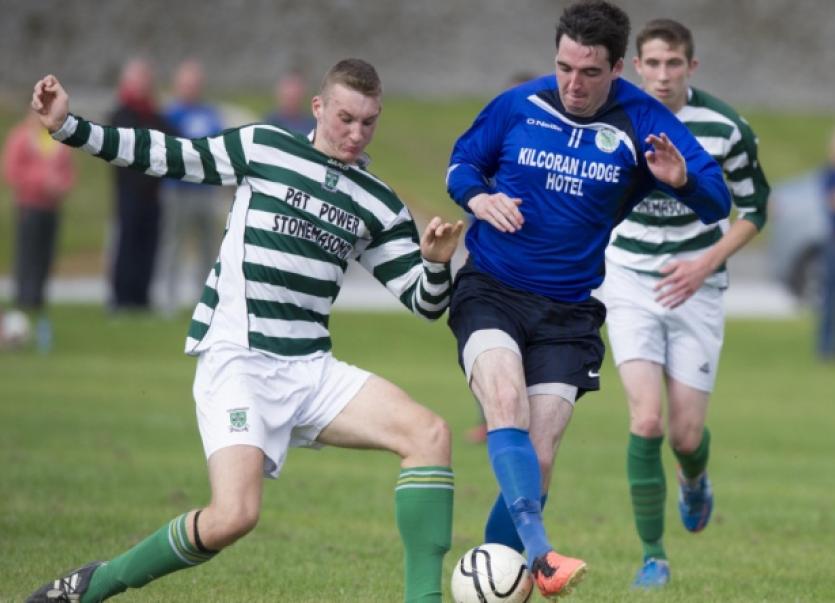 Cashel Town have had a horrendous start to this year’s league, and must have thought things couldn’t get any worse. That was until the 11th minute of this game, when Glengoole’s Daniel Rafter was put clean through, and was taken down inside the area by the Cashel keeper, an offence he paid for by being sent off. Stephen Houlihan stepped up to clinically finish the resultant penalty to the net. To their credit, Cashel didn’t lie down however, and within a quarter hour, were back on terms when Henry Flynn took advantage of a mix up in the home defence.

The second half started as the first finished with Glengoole having more of the play, as Cashel put up a stout defence. This was breached again though in the 57th minute as for the second time in the game, United’s Daniel Rafter was fouled in the box, and once again Stephen Houlihan buried the penalty. It must have seemed like déjà vu then for the home side, as with 15 minutes left, Cashel’s Henry Flynn also scored his second of the game. This is how is looked destined to end, until deep into injury time Glengoole cleared a long punt from defence and it was latched onto by Houlihan to secure his hat-trick and three vital points for the home team. This is the second time in three games Cashel have had points snatched from them in the dying moments of a game and must sort out this malady immediately. Glengoole on the other hand, will take great heart from this win, and will try to kick on to secure a second season at the top table of Tipperary football.