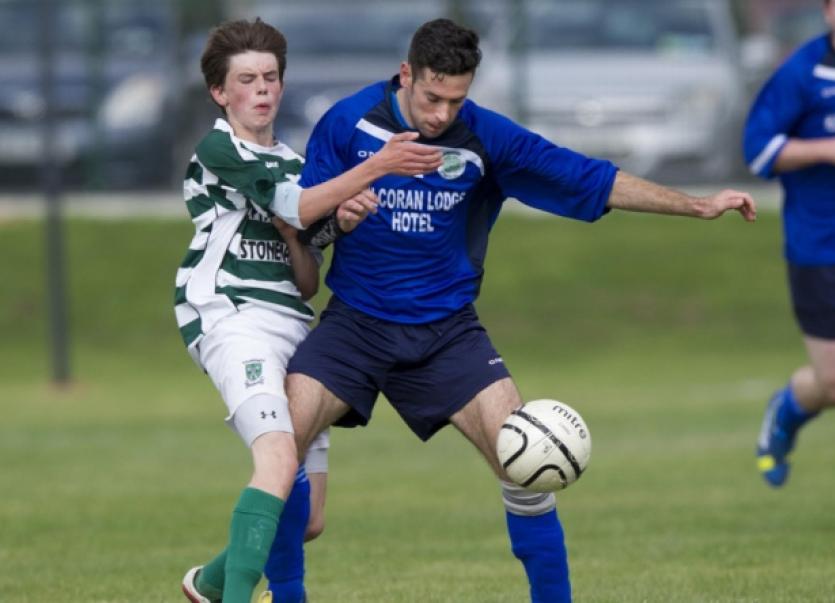 Redmondstown followed up their Shield win last weekend with another good victory over Clonmel Town’s reserves last Sunday morning to give themselves an early lead in Division Two.

Gino Lonergan opened the scoring from the penalty spot, and just on half time they doubled the lead with a goal from Paddy O’Donnell. Town fought back bravely in the second period, when Paudie Whelan took advantage of a bad mistake by the home sides keeper, and two minutes later were on level terms when Thomas O’Mahoney scored directly from a corner kick. All that good work was undone however, when O’Donnell got his second and his sides third goal from a free kick with a quarter of an hour left, and they secured all three points via a Steven O’Keeffe deflected goal two minutes from the end.

Moyglass and Kilmanahan played out on entertaining draw on Sunday morning in Moyglass, and the home side took the lead after only two minutes when Gavin Morrissey put them in front. Aiden Carroll then hit two for the visitors before the break, but not to be outdone, Morrisey hit back once again to leave the game finished honours even.

This was an absolute belter of a game with the scoreline swinging one way then the next throughout. Killusty took an early lead after 13 minutes when Karl Maher forced Denis Peters to put through his own net, but Shane Leahy equalised for Saints only four minutes later. Adrian Lawerence then put the hone side back in front after St. Michael’s keeper John Keating could only parry a fierce ball to his feet. Then on the stroke of half time, Oliver O Driscoll hit back to make it level at the break, two all.

The second half was just as frenetic and ten minutes in Karl Maher restored the Killusty lead from the penalty spot, before Peters atoned for his earlier error and made the game three all. The away side finally took the lead with their fourth of the day when O’Driscoll scored his second goal but another Maher penalty levelled things for the fourth time. A rasping unstoppable 30 yard effort from Bob Kiely then looked like he secured the points for the visitors, but amazingly for the fifth and final time two minutes later, Dean Tobin secured a point for the home side at the end of an enthralling tie.