St Michael’s send out  signal of intent to rivals 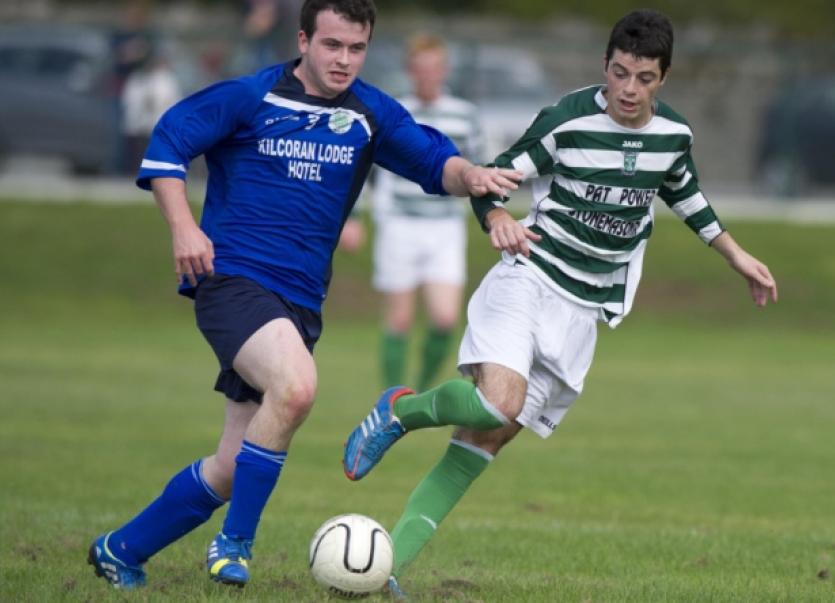 St Michael’s continued their relentless push towards this year’s title with their fifth win in as many games against a depleted Peake Villa side. It would have been hard to predict this scoreline prior to the game, but the effects of players missing through emigration and personal reasons on the Villa squad, meant that they travelled more in hope than expectation on Sunday last. And their hopes were crushed in short order by a very dominant Tipperary side. Saints were always the better team and were unlucky not to have lead when Pa Quinn hit the post in the 11th minute. Their wait was not to be long more however, when on the 18th minute, Russell Quirke forced home a ball from Colin Bargary’s incise pass. This lead to a period of almost constant domination from the home team but try as they might, they were unable to increase their lead further.

The second half was a different matter however, and they let rip less than eight minutes in, when Quirke hit his second, this time finishing a John O’Brien cross. Four minutes later they extended the lead through Irish international Chris O’Higgins, and within another minute, Michael’s completely put the game to bed as Richie Ryan finished a rebound from his own shot to make the scoreline read four goals to nil. Demoralised now, Peake Villa practically rolled over and ten minutes later, substitute David Slattery finished to the net, again ably assisted by a rampaging John O’Brien. And close to the end, O’Brien himself got the reward his attitude and work rate deserved when he scored from close range.

This was a good result for the home team, being their first win against one of their title rivals. The size and ease of the win will give them a lot of confidence in their endeavours to fly the championship flag back over Cooke Park.