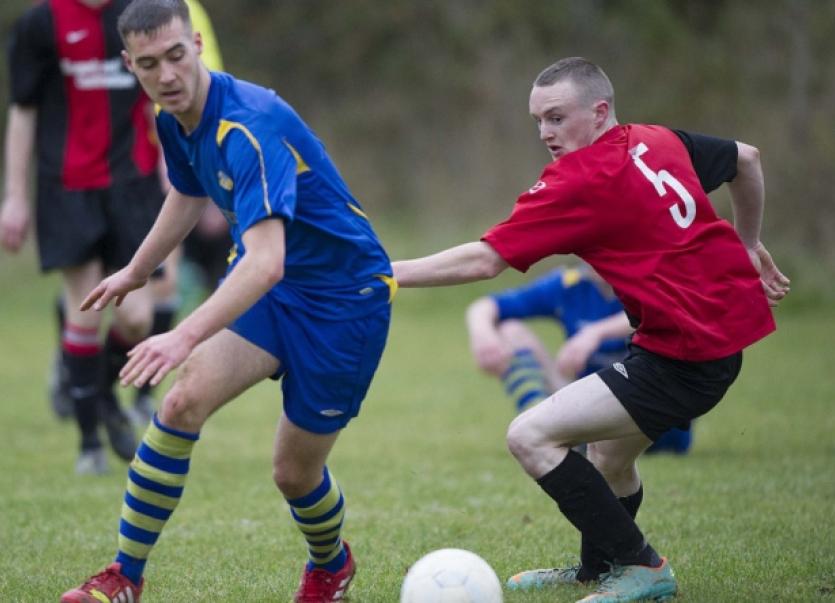 This re-match of the Division Three Shield final had a dramatic ending after a hugely entertaining game which left both sides sharing the points on Sunday morning.

Burncourt Celtic opened the scoring after ten minutes with a goal from Johnny McMahon and then went two goals up on 18 minutes when the same player beat two defenders before firing home to put the away team well in charge of the game.

However a Shane O’Neill free kick driven to the net five minutes later put the game back in the mix and both sides went hell for leather to try to secure the victory.

As in the Shield final, it looked like Celtic would gain bragging rights, until right at the very end, goalkeeper Eddie Kendrick came up from his goal for a corner kick and powered home a header to level the game.

Cashel stole a point in Clerihan on Sunday morning, when they struck at the death in a game where Clerihan had much the better of the chances.

After a dull opening period where neither team made anything clear cut, a mistake in the Cashel defence left Rian Clancy clean through where he slotted past the static keeper.

Clerihan pressed for a second goal all through the rest of the half and in the second period, but looked to have done enough, until with the very last kick of the game, Johnny Fitzgerald atoned for his earlier mistake to fire home to the dismay of the home side.

This was really a turkey shoot for the Clogheen team as Clonmel Celtic fielded a very young and inexperienced team and were no match for the home side.

Goals from Stevie McGrath, Darren Hannigan and Kevin Murray were added to by goals from debutants Eoin Flynn and Darren Bray, plus a brace each from Martin Grant and Ronan O’Dwyer, to give the home side a facile three points.