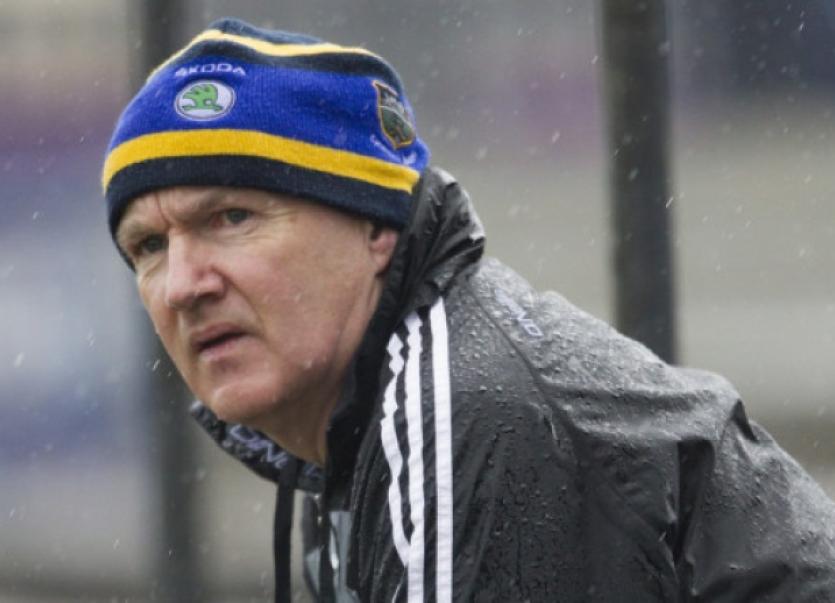 It won’t rate when the year is being reviewed next winter but, nonetheless, a ‘Crystal’ conquest still represents an encouraging start to the new season for Tipperary.

It won’t rate when the year is being reviewed next winter but, nonetheless, a ‘Crystal’ conquest still represents an encouraging start to the new season for Tipperary.

That encouragement is all the greater when the opponents are the reigning All Ireland champions, Clare, and the winning line-out is a ‘shadow’ outfit with few regulars on board.

One anticipated Friday evening’s game at the Gaelic Grounds with a degree of trepidation. With players unavailable for a variety of reasons the Tipperary line-out had a mishmash appearance to it. Having to line up against a Clare side that featured eight of the All Ireland replay fifteen left one feeling dubious about our prospects.

And yet this team of wannabes turned in a most productive stint of hurling, vigorous and vimful to the extent that Clare looked quite bedraggled by the end. If we were left chasing shadows in the corresponding game last year then the tables were decisively turned this time.

I suppose All Ireland champions traditionally enjoy a busy winter schedule and can be a little tardy returning to the treadmill in the New Year. By contrast I can’t recall a Tipperary side that ever had so much done by early February. Others may in the past have had the gym and jog routine behind them but this panel has been hurling since December. And that essentially was the difference in this final.

There was one bothersome spell in the second quarter when Clare started to open up Tipperary with the style of ensemble play they patented in 2013. It eventually led to three rapid-fire goals as Conor McGrath created the first for John Conlon before bagging the third himself; in between Tony Kelly dispatched the second. There was a cumulative swing of ten points as we went from seven-up to three-down in a five minute blitz.

We pulled two back before the break through Conor O’Brien (free) and Michael Heffernan but we were unaware at that stage that Clare’s three-goal volley would ultimately represent no more than a puff of smoke.

The second half brought a reassertion of Tipperary control. Callanan and Woodlock pointed on resuming and then Denis Maher set up Conor Kenny for a goal. The rest was plain sailing as Tipperary drove at the opposition and reeled off the scores. A neat little pass from Callanan sent Denis Maher in for the first of his goals and then Thomas Stapleton electrified the Gaelic Grounds with a storming sixty-metre solo before off-loading to Maher for another major. The points kept ticking away and by the end the gap was a yawning fourteen scores.

Central to the outcome was the drafting of Michael Heffernan outfield at a time when Clare were starting to dictate matters in the middle third of the pitch. That plus the overall exuberance of the entire team was just too much for Clare on this occasion. The attitude alone must have pleased the manager - and probably handed him a few conundrums as he tries to select a panel for the league campaign.

The stand-out performance was from Denis Maher. Hard to imagine that it was over four years ago, November 2009, when as a minor he hit six points from play against Newtownshandrum in the Munster club series. That display should have announced his arrival as a major force but in the intervening years he’s drifted through a combination of injury and poor form. However, he certainly raised his hand for inclusion in O’Shea’s plans by this display, scoring 2-2 and showing a drive in his hurling that has often been absent in the past.

It will be interesting to see if any other newcomers to the team on Friday night impressed the management enough to be kept on board for the league remembering that players like Thomas Stapleton, Kieran Morris, Michael Heffernan and indeed Padraig Heffernan who came in as a sub have only been added to the panel in the past few weeks as injuries and college commitments kept others out.

All of which leads on nicely to next weekend and the league opener against Waterford under lights at the Stadium on Saturday night. With a visit to Nowlan Park to follow a week later this game assumes an added importance and not surprisingly O’Shea was keen to highlight it as his main focus in recent interviews. It’s one of those must-win games if we’re to avoid trouble early on in the league.

I understand the plan was to unveil a twenty-six man panel for the league though injuries obviously are a disruption and may force the management to keep matters more fluid. At the moment there must be around forty players in the overall mix so a lot of sorting out is needed to prune the numbers back though I imagine they’ll be keen to keep the situation flexible.

We await with interest the chosen fifteen for the Waterford game. There are three goalies in the mix at present. I assume Darren Gleeson is in pole position with Darragh Egan and James Logue battling for second spot. Insiders suggest that Egan will be the choice; I’d opt for Logue.

In the absence of Paul Curran, Conor O’Mahony seems to be the full back choice though Paddy Stapleton, if fully recovered, will be in contention too. Centre back is an open issue also. The consensus appears to be against Padraig Maher for the central spot with one body of opinion favouring Brendan Maher for the job if he can be sacrificed from midfield. Then there’s the issue of Michael Cahill, whether to play him in defence or maybe midfield beside James Woodlock. In any case I’m sure the management would point out that players and placings need to be flexible and adaptable to suit the demands of a particular day. Shane McGrath has surely written himself into the script at number five after another sterling performance on Friday night.

The attack offers even less certainty about what will emerge. I assume it will feature players like Callanan, Noel McGrath, John O’Dwyer and maybe Jason Forde. Corbett, Kelly and ‘Bonner’ Maher have been injured so it depends on their readiness for a return. Maybe Denis Maher has earned a league start after last week.

We got stung by Waterford last year at Walsh Park though that was only a second defeat to our southern neighbours in the last ten meetings. The Deise have announced a strong fifteen for this game. It will be a new experience for Willie Maher sitting in the opposing dug-out. Anyway it should be a revealing week in several respects so we look forward to the league launch and hopefully a bright opening by Tipperary.

ONE OF THE BRIGHTEST THINGS IN HURLING WORLD

Finally a novel All Ireland club decider beckons after the weekend semi-finals. Mount Leinster Rangers are one of the brightest things to happen in the hurling world in recent times though I suspect the experience of three-time winners Portumna will be too much for them in the final. The Galway side, and Joe Canning especially, rode their luck against Na Piarsaigh. The referee that thought – and still thinks – that Pat Horgan deserved ‘red’ in last year’s Munster final decided that Joe Canning only merited yellow on this occasion. I wonder how Loughmore feel. They lost two players against Na Piarsaigh in a game where an entirely different refereeing standard applied.