Creedon happy with a point in the end 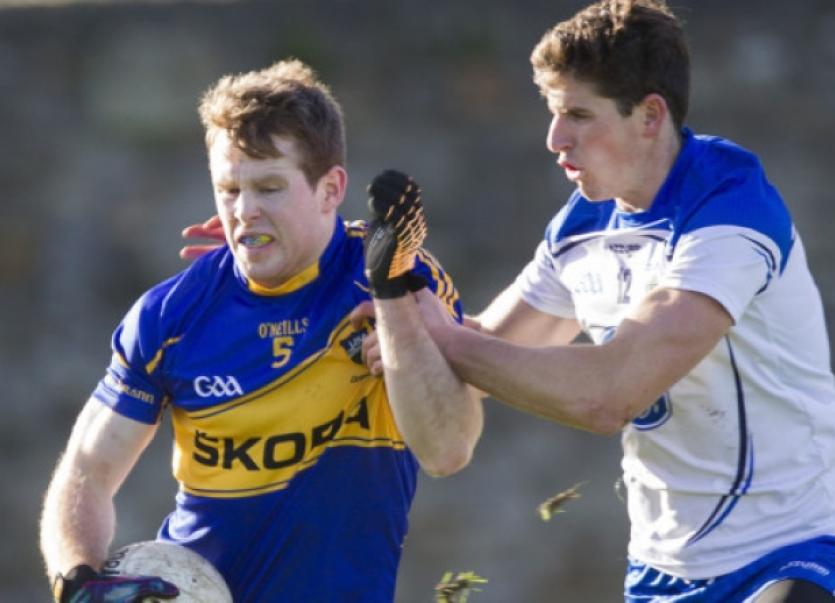 The expectation of a tough derby game with Waterford was exactly what materialised for the Tipp footballers in Clonmel on Sunday last. One felt the home supporters were the happier set of fans at the end of the day.

The expectation of a tough derby game with Waterford was exactly what materialised for the Tipp footballers in Clonmel on Sunday last. One felt the home supporters were the happier set of fans at the end of the day.

Despite having their homework done and despite having prepared well for the expected threat of the Paul Whyte led forward line, Tipp were hanging on for dear life at the end.

Manager Peter Creedonafter the game remarked: “Over the course of the game I thought it was a fair enough result. They were good in the first half and we were good in patches in the second half. We were happy with the point.”

“This is a tough league and every game is in on its own merits. Sometimes it’s hard to back up a win like we had last week. We were very disappointed with our first half display. I thought we were very very poor. For the second half for a quarter of an hour we were very good and then we left them back into it. We were happy enough with the draw the way the last 5 minutes were going because really there was only one team in it in the last 5 minutes.”

When asked about Tipp looking somewhat flat and out on their feet towards the end of the game, the manager said “the conditions were tough out there today. Both teams were trying to play a similar type of game, and that demands a lot on the legs. Look, we’ll go on to London in three weeks.”

When asked would he have taken three points from four?

“This time last year we had no points. Ah sure, we were looking for four but in this league you can’t take anything for granted.”

“I was surprised Waterford were beaten last week by Clare. I thought they were better than Clare. I think they will take points off other teams in the league especially when they are missing some of their better players this season. Look we have got to improve ourselves at the end of the day.”

On now to Ruislip and a clash with London on 2nd March when Tipp will need two points to keep promotion prospects alive.