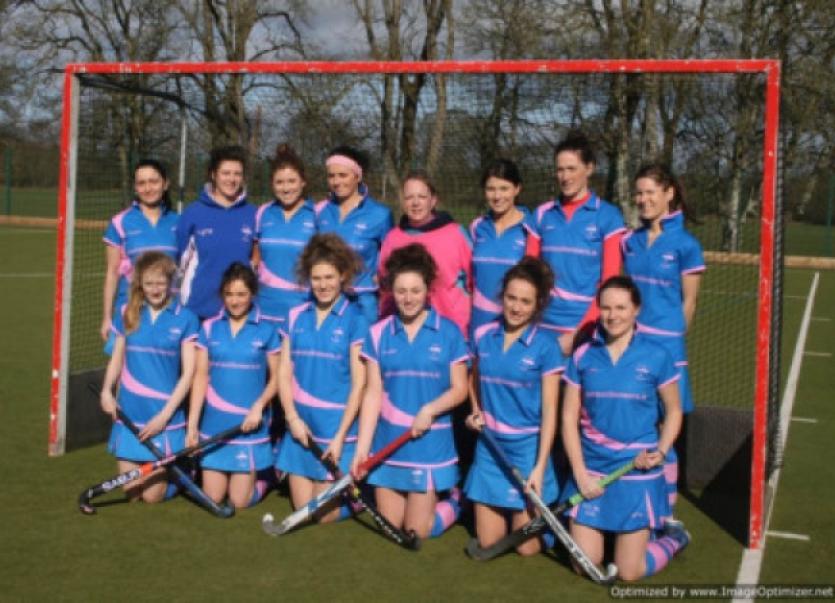 The Cashel/New Inn hockey club played their final game of the season under floodlights on Friday the 18th April in Rockwell College.

The Cashel/New Inn hockey club played their final game of the season under floodlights on Friday the 18th April in Rockwell College.

This was a much anticipated game between Cashel/New Inn and Catholic Institute as both teams were only separated by a single point on the top of the Munster League table. Finishing top of the league would secure promotion to division one for the next season.

Therefore as both teams had the reward of division one in their sights, it proved to be a very exciting and tough game. Catholic Institute took the lead in the opening 5 minutes with a set piece shot into the top left corner of the goal.

However this did not unsettle the Cashel/New Inn girls. Cashel/New Inn continued to attack and won a short corner which resulted in a goal by Margaret ann Cooney.

The Cashel/New Inn defence were kept very busy but they ensured that Catholic Institute did not get another scoring opportunity in the first half.

Just before half time Cashel/New Inn won another short corner which was confidently passed across the goal face by Cliona Sheehy to Cora Hennessy who ensured that the ball hit the back board. This gave the Cashel/New Inn girls a 2-1 lead at half time. In the second half strong performances were seen from both teams.

The game was by no means over as Catholic Institute continued to attack. Thanks to some excellent saves from goalie Caroline Maher, with the support of the defence line of Mary Cooney,Helen Horan and Clare O’Dwyer, the Cashel/New Inn girls held onto their lead.

This lead was increased and a deserved place in first division was most definitely secured by a goal from play in the closing 5 minutes of the game by Darielle Ronan.

Cashel/New Inn Hockey club has been established a short four years and has gone from strength to strength with an under-12s, under-14s, division 5 and now a division 1 team. The under-12 won their 5games in their Munster blitz Sunday 6th and under 14 beat Limerick 9-0 on the same Sunday in their final game,leaving then unbeaten all season

Many thanks to coach John Ryan for all of his hard work throughout the season, Maher Auctioneers and O’Donohues Pub for their support, Des O’Neill our club treasurer,Paul Coffey in Rovers Inn for refreshments after matches and finally to all the supporters who attended the game on Friday night and throughout the year.