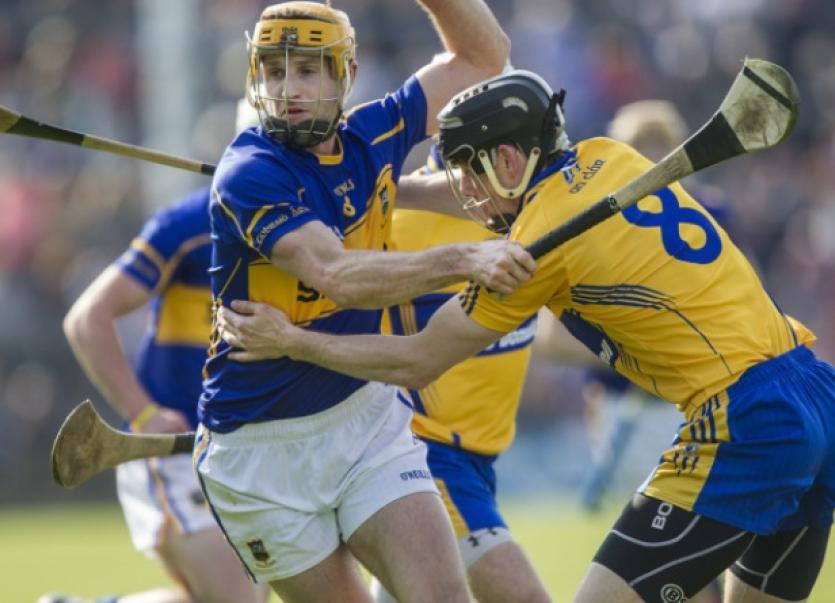 Six weeks after a four-goal chastening experience against Clare in Thurles, Tipp turned the tables on the same opposition in Limerick on Sunday last to win by seven points.

Six weeks after a four-goal chastening experience against Clare in Thurles, Tipp turned the tables on the same opposition in Limerick on Sunday last to win by seven points.

Three consecutive defeats in the round robin series - to Kilkenny, Clare and Galway - had Tipp fighting for their proverbial lives against Dublin in the last game of the series. Indeed had Dublin forward Niall McMorrow ‘taken his point’ late in that game Tipp were doomed for a relegation play-off with Waterford.

Now, amazingly, after three consecutive wins - against Dublin, Cork and Clare - Tipperary find themselves back in a league final, a scenario few would have predicted during those early league encounters.

The Allianz League final throws up yet another Tipp v Kilkenny clash, a repeat of last year’s encounter in Nowlan Park which The Cats won by three points. It will be the fourth Tipp v Kilkenny final in 11 years, all three previous deciders won by Kilkenny. Let’s leave the final for another day.

At the Gaelic Grounds on Sunday Tipp started with five changes from the Cork game and no less than eight from the previous meeting with Clare. Perhaps the management team are nearing the selection of a championship side.

Right from the throw-in Tipp displayed intent with John O’Dwyer opening the scoring with a long range point inside 10 seconds.

Early indications showed a Tipp team “well up for it” and defending from the full-forward line backwards. While not quite up to the white-hot intensity of championship fare, it was many notches above anything in the league to date.

Leading 0-3 to 0-1 after three minutes Tipp suffered a setback when Clare bundled a ball over the line after Darren Gleeson had initially made an excellent save from Cathal McInerney. It gave The Banner the slimmest of leads for the only time in the game.

With Callanan in flying form, scoring 12 points over the game, Tipp were back in front by 0-7 to 1-2 when Patrick ‘Bonner’ Maher scored the firstof his two goals, pouncing on a breaking ball, burning the Clare backs for pace and blasting past Donal Tuohy.

Tipp had stretched the lead to a whopping nine points by the 32nd minute, 1-14 to 0-8, with some superb points including sublime efforts from Callanan and James Barry.

As expected from the All-Ireland champions Clare roared back at the beginning of the second half and Pat Donnellan goaled three minutes in. The lead was back to three points but it was as close as it would get. Four times during the second half Clare reduced it to three but Tipp kept the scoreboard turning all day.

The response to the Clare green flag was a 43rd minute Tipp goal. Conor O’Mahony was fouled in the half-back line and his quick free found ‘Bonner.’ In his trademark straight line running style he made ground before despatching low into the Clare goal. Six points lead restored.

The second half was tit-for-tat but the seven points half-time lead was protected fully and Callanan even had the luxury of tapping over a late penalty after the hard-working ‘Bonner’ was fouled when reacting quickest to a save.

Substitute Shane Bourke hoovered up a pair of late points to keep all the forwards on their toes before the final.

There was much to admire in Tipp on Sunday, not least the high level of mettle shown. The half-back line marshalled superbly by Brendan Maher and supported by James Barry and Conor O’Mahony were key. Kieran Bergin and James Woodlock got through a world of graft at midfield while all six forwards got on the scoreboard. Patrick Maher was back to his beeline best while Callanan, our best in the campaign, was once again superb from open play and placed balls. Darren Gleeson did well too and was a touch unlucky for both goals.

Clare seemed to be a little off the pace and even surprised at a fired-up Tipp. Some of their star performers never got into it, including hat-trick hero of Semple Stadium, Conor McGrath who was well marshalled. But the likes of Jack Browne, Conor Ryan, Patrick Donnellan, Tony Kelly and Colin Ryan had their moments. But make no mistake they will be back very soon.