Tipp manager looking forward to another ‘fantastic game’ with Kilkenny 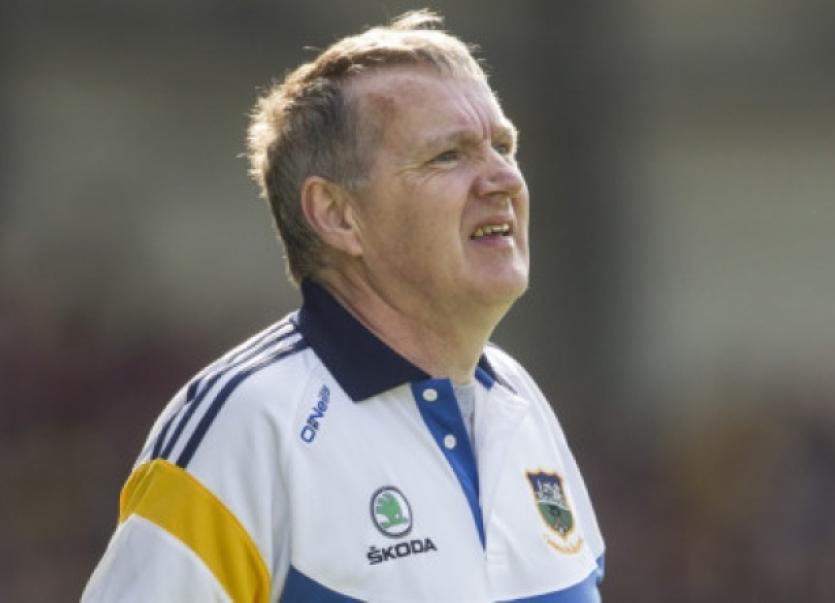 Replying to questions about his team’s performance, the Kilruane man answered.

“It’s good, it’s good, who would have thought five weeks ago that we would have got to a league final. I was happy going in to the game, I was really happy. I knew we would do something, I didn’t know we would win in, but I knew we’d be good from the way we were playing, from what we were doing. But I didn’t know whether we’d win it to be honest. I thought an improved performance was a possiblity. Let’s be frank we were lucky to get out of the league because of the ‘three points.’ I just felt there was a great spirit in the team. The resilience we showed in the league. I know we got a few hammerings and you were counting how many goals were going in and how many goals we conceded. But the good thing is that we never gave up. We got it back to 7 points against Clare; 3 points against Galway and came back against Waterford. When you see that in a team you have to say it’s good.”

Asked what was he thinking when Tipp conceded an early goal to Clare....

“You’re thinking I hope another one doesn’t go it. I knew we were set up well. I knew we were set up that we wouldn’t concede too many goals. The important thing at half-time was that the lads came out and hurled. They needed to express themselves a bit more. In the first half we were a little bit ‘watching what was happening.’ In the second half I thought we were a bit better in expression. Even though it was a level second half (scoring wise) I thought the team hurled better in the second half than the first.”

“That’s very unusual, you must be disappointed to get a final between Tipperary and Kilkenny. It’s good to get another match against Kilkenny. We will look forward to it. The games are the ones that matter here. We train too much and we play too little for this time of year. So the more games the better.”

“They were better than us last year and if we can get up to that standard it will be another rip-roaring game. We’re looking forward to it. Don’t forget the Tipp team is a different team as well this year, we have 4-5 newcomers on that team, and I was very proud of the newscomers today. Some people think we are the same team as last year. All the squad have been working incredibly hard the last 3-4 weeks to get us into this position and now that we are here it is good.”