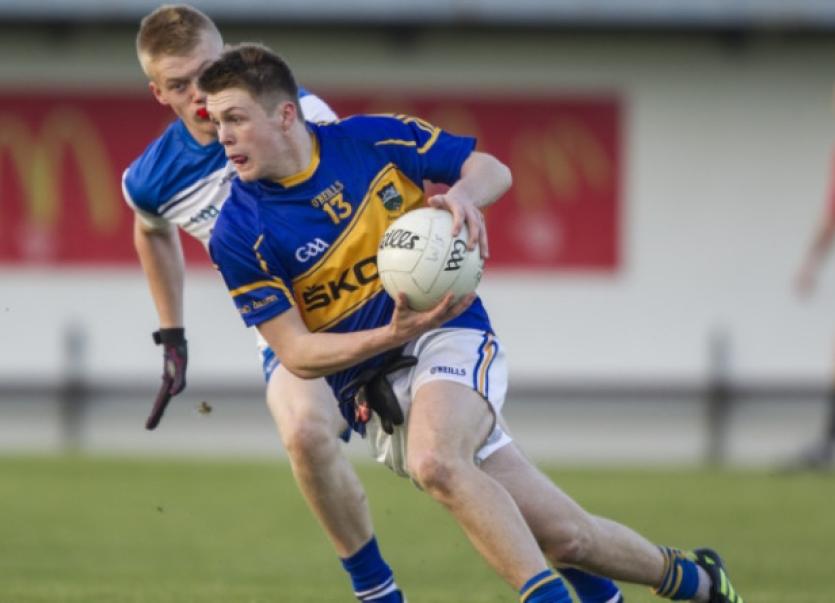 Trailing by a point with seven minutes to go, Tipperary looked in serious trouble, but a 54th minute goal from Jamie Bergin - his second of the game - ultimately swung the pendulum in the visitors’ favour and Tipp were flattered to win by four points in the end.

The reward, if one can call it such, is that the Kingdom come to Semple Stadium next month where a huge improvement will be needed if Tipp are to dethrone Jack O’Connor’s Munster title holders.

At Fraher Field in Dungarvan Tipp hit the ground running and were on the scoreboard after just 11 seconds. Midfielder Tommy Nolan won the referee’s throw-in and his pass to Emmet Maloney was pointed by the ever-alert wing-forward.

Conor Gleeson at full-forward for Waterford levelled with a sweet point from the left on four minutes and the same player goaled three minutes later when his effort at a point dipped under Jack Brady’s crossbar.

Paul Maher scored a nice solo point for Tipp in reply but Gleeson who was proving to be a big handful for the Tipp full back line was fouled in the 11th minute and Joe  Allen tapped over the free for The Decies to lead 1-2 to 0-2.

Tipp then enjoyed their best period and more or less dominated up to the half-time whistle. At midfield Stephen Quirke and Tommy Nolan were assisted by full-forward Jack Kennedy and this gave them a stranglehold about the centre of the park.

A quick-thinking Quirke found Jamie Bergin with a crossfield free in the 15th minute and the Drom/Inch man, with some work still to do, made his way in to rattle the net with a piledriver.

The next four scores were all from Tipp. Tommy Nolan ran through the centre to put Tipp in to the lead; Jack  Skehan, up from wing-back, added another good point, and after Paudie White had kicked a free, an inter-passing move involving Jack Kennedy and Paudie White was well finished by Emmet Maloney in the 25th minute.

Cormac Curran then had the home side’s first score in 16 minutes but Jack Kennedy cancelled this with the last score of the opening half, having been put through by Stephen Quirke.

Waterford introduced Michael Sweeney at half-time and within a minute he was on the scoreboard with a point that could very easily have been a goal.

Ross Peters, the only Tipp forward who hadn’t scored in the first half, quickly rectified that stat when he was at the end of a 33rd minute move involving both Tipp midfielders.

However, Tipp were rocked a minute later when The Nire’s Conor Gleeson waltzed in from the right to rifle home his second goal to put his side right back in the game.

Stephen Quirke kicked a superb 45m point for Tipp but after that Waterford took over and rolled off three points in a five minute spell to lead 2-7 to 1-9 after 50 minutes. The home side now had their tails up encouraged by a vociferous crowd sensing victory.

The introduction of Galtee Rovers Darren McGrath added pace to the Tipp attack and his influence was significant in opening up gaps when running at the Waterford defence.

Paudie White stood up like a man with a great 30m point to level matters in the 53rd minute and whatever team wanted it most would prevail in this tight battle.

The match-winning score came shortly afterwards. A high ball delivered into the goalmouth wasn’t adequately dealt with by the Waterford keeper and opportunistically Jamie Bergin was on hand to crack home his second goal.

Importantly the energetic Darren McGrath had at this stage made his way back into defence to make a vital block as Waterford searched for an equalising goal but it was Jack Kennedy, as he had in the first half, who finished the scoring to leave it 2-11 to 2-7 at the  referee’s final blast.

Waterford had the game’s outstanding player on view in Clonmel High School’s Conor Gleeson but the likes of Ciaran O’Neill, Cormac Curran, Conor Prunty and Michael Sweeney also stood out.