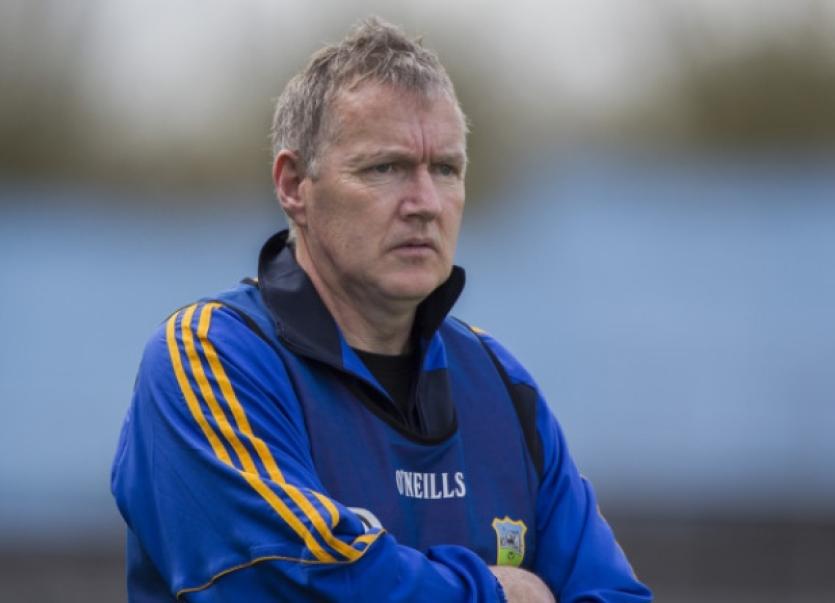 The two counties meet for the first time in championship hurling since the 2010 All-Ireland quarter final, a tie that Tipp won in dramatic fashion at Croke Park when Lar Corbett fired over a winning point in stoppage time.

Tipp have come in for sustained criticism since the Munster SHC semi-final defeat to Limerick on June 1 and almost five weeks will have elapsed by the time O’Shea’s men throw in against visitors Galway.

The wounded Tribesmen arrive in Thurles having lost their Leinster SHC semi-final replay to Kilkenny in Tullamore last Saturday evening but two competitive games against the Cats will stand to Anthony Cunningham’s men.

But O’Shea has revealed the desire within the Tipperary camp to atone for the Limerick defeat – as the Premier County embark on a daunting run through the back door.

O’Shea said: “This is the game between two serious contenders.

“We’ve been waiting five weeks to really show that we’re better than some of our performance against Limerick.

Issuing a pre-match rallying cry, O’Shea called for Tipperary fans to turn out in force at the weekend but he accepted: “I think it’s a two-way street in terms of support.

“I think the team has got to give the public something to really latch onto and that’s what we’ll be looking to do, in terms of the game we want to play.

“It’s 90-95 per cent our responsibility to generate excitement and generate passion.

“After that, I’d really love to see the Tipp public come out and support us.

“And I’d love to see all of those people in Thurles on Saturday night. But it’s really up to the team and ourselves to light that fuse.”

And O’Shea insisted: “I have huge belief and confidence in these guys. “I’ve been with some of them a long time as coach and now as manager. I know the character of these guys and I know how competitive they are. “What they want to do on Saturday night is really show that competitiveness on the pitch.

“It’s very important for all of us, particularly to do yourself justice, to really show what you’re made of.

“We have this opportunity again, in a big game in Thurles, in front of our home crowd. The thing to do is go out and do some hurling.”

O’Shea blamed anxiety and a lack of composure in the closing stages for defeat against Limerick.

He also expressed the view that the team’s “huge desire” may in fact have cost them the game.

Explaining that players and management have been working hard on those psychological aspects since, O’Shea said: “It’s impossible to play well if you over think things – you’ve just got to go out and play the game and play it in the here and now.

“The team that goes out, really frees up a bit and wants to go and play usually comes out on top.

“That’s the key to doing something on Saturday night.

“You can’t second guess this game. It’s a fantastic game of hurling. “You’ve just got to go out and play the thing. That’s what we’ll be trying to do – go out and play and see what happens.”

He added: “The thing to do in the biggest games – and you see it in the World Cup games – the players and the teams that will go for it and take chances and really get out there and be competitive are the teams that do well.

“What these players want to do on Saturday is to really have a go in front of their home crowd and see how far that takes us.

“I’m not looking beyond that – if we can do that, we have a real chance. “But we’re up against stiff opposition, there’s no doubt about it. It’s a great game for the public.

“It’s two heavyweights but I believe in the players that Tipperary have. I think they’re anxious to show what they’re made of.”

But O’Shea conceded that he’s had to pick his players up following the devastating Limerick defeat.

He revealed: “There’s no doubt about it, because we didn’t play the way we wanted to play against Limerick, our confidence was down a little bit. “We’ve been working really hard to build up that confidence again because you can’t play without that level of confidence.

“I certainly feel that in terms of getting us to where we want to, it’s just to get out and play the game for what it is, a game.”