Kilsheelan/Kilcash lose their way in second half 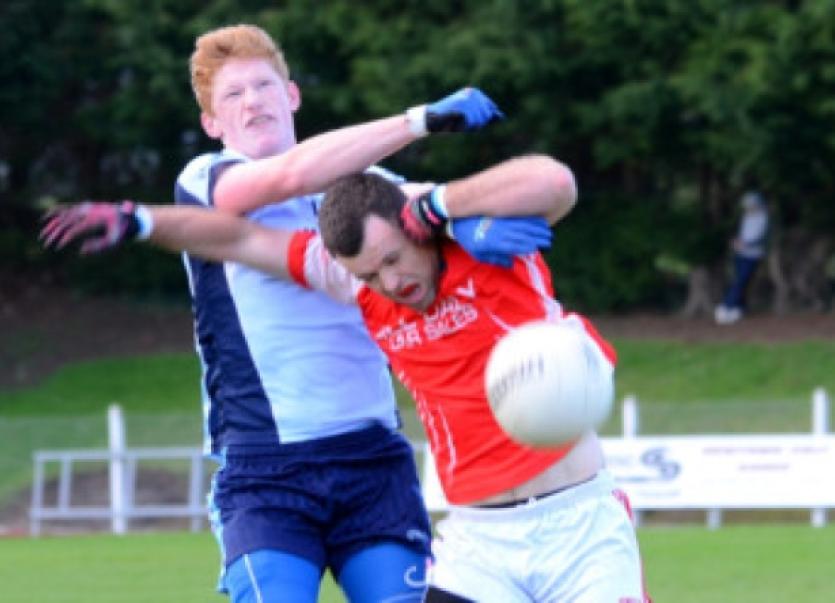 challenge at Leahy Park in Cashel on Saturday afternoon in the County Senior Football Championship.

Thomas MacDonaghs misfired badly when playing into the breeze in the opening half and trailed 0-2 to no score following encouraging early efforts from Kilsheelan’s Paul Maher and Bill Maher. David Power’s men had David Corcoran playing the sweeper role and were misfortunate not to add a goal to their tally in the tenth minute when Paul Maher slipped with the goal at his mercy.

Thomas MacDonaghs got off the mark in the 12th minute when Joe Gallagher landed a right-footed effort. A terrific pass from Bill Maher instigated a move that culminated with a superb Adrian Walsh point in the 20th minute and when Walsh set up Paul Maher in the 23rd minute Kilsheelan-Kilcash now led 0-4 to 0-1.

Four minutes before the break Pádraic O’Meara set up George Hannigan for a terrific long-range point and the sides retired with two between them at the interval.

The MacDonaghs forward unit had failed to score in the opening half but Darragh Egan addressed that issue with a superb individual point in the 32nd minute. A minute later Philip Austin landed a fine point from a tight angle and the sides were level at 0-4 apiece.

Kilsheelan-Kilcash hit back with a Paul Maher brace (one free) to lead 0-6 to 0-4 by the 35th minute, but with George Hannigan dominating the middle third of the field the signs looked ominous for the south men.

MacDonaghs took the lead for the first time in the 37th minute - George Hannigan picked out Philip Austin with a smartly-taken long-range free, Austin passed to Brian O’Meara, who moved the ball on to David Young, and the Toomevara man helped himself to a handy goal, which left it at 1-4 to 0-6.

Points from Darragh Egan and Philip Austin extended the MacDonaghs lead to three before the divisional side struck for their second goal in the 45th minute.

In reaction to the nine-point deficit Kilsheelan-Kilcash elected to move goalkeeper Evan Comerford to midfield and in the 50th minute Comerford won and converted a free, which left eight between them.

Philip Austin responded from play for Thomas MacDonaghs before Comerford booted over a second placed ball. A punched point from the fist of Adrian Walsh concluded the scoring from a Kilsheelan-Kilcash point of view in the 59th minute, while wing-back Fergal Hayes had the final say in the matter two minutes into injury time.