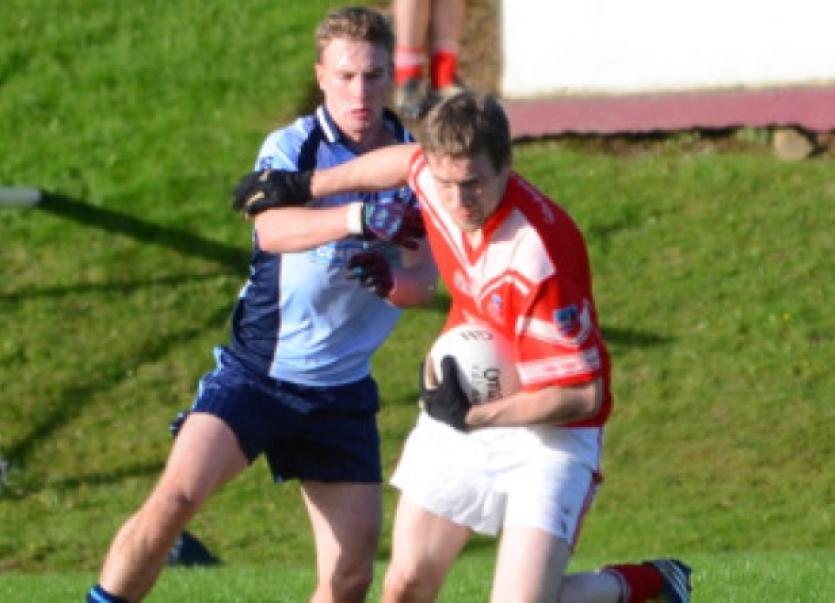 An injury-plagued Arravale Rovers overcame a dogged Ardfinnan to reach the quarter finals of the County Senior Football Championship on Saturday last.

An injury-plagued Arravale Rovers overcame a dogged Ardfinnan to reach the quarter finals of the County Senior Football Championship on Saturday last.

This was an intensely fragmented battle between two passionate sides, ultimately being decided by rare moments of brilliance.

Two early points from Arravale Rovers centre forward James Hogan brought some light to a rather overcast day in Bansha, before Billy Hewitt put a point on the scoreboard for Ardfinnan.

Rovers looked the hungrier, pouncing on every loose ball and surging into a four-point lead. However Ardfinnan’s Daniel O’Regan snatched a goal against the run of play and not long after the sides were level.

The early penetration of Rovers came to an abrupt halt, as Ardfinnan garnered momentum and pressed their opponents’ lines. Rovers surrendered some needless frees and struggled for a spell with Ardfinnan’s growing enthusiasm.

Despite their efforts, Ardfinnan were venturing down a cul-de-sac and lacked real quality when it mattered most. Their final ball was poor and the genius of midfielder Damien Kiely ensured Rovers led 0-7 to 1-2 at the interval.

Both sides exchanged blows in the second half without ever clinically utilising the arsenals in their lockers. Ardfinnan initially looked more structured, seizing upon a misplaced pass on Rovers’ forty-five and opening the scoring with a well-taken point.

As the game progressed Ardfinnan’s inability to infiltrate Rovers’ defence became more evident and their calamitous end product was a reoccurring annoyance from the opening period. Rovers turned to their bench, with Michael O’Dwyer in particular bringing extra zip to their frontline.

The scoreboard continued to tick over steadily, despite neither team ever sending spectators into overdrive. Arravale Rovers worked their way through the gears, with Donagh Leahy manufacturing a fine point late on to put the seal on the victory.