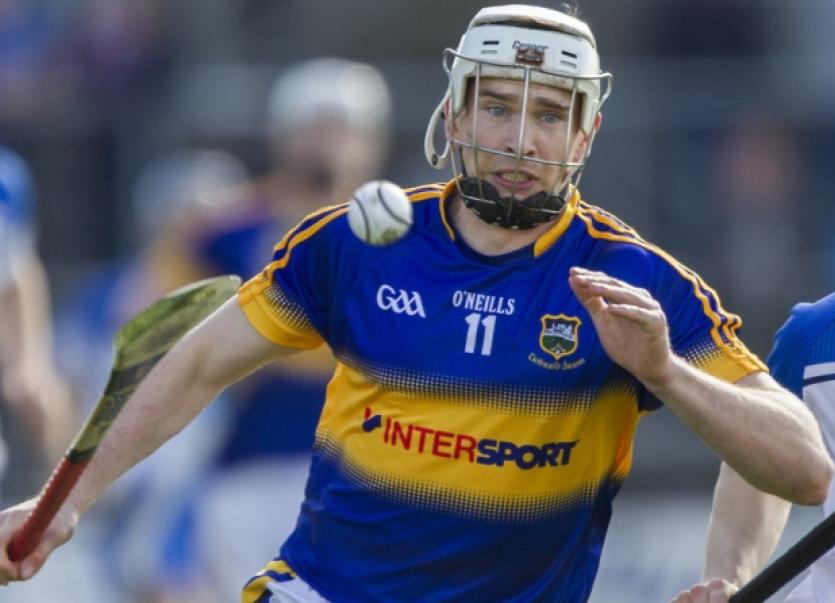 The hurlers of Tipperary and Limerick will hardly need any introductions ahead of Sunday’s Munster Senior Championship semi-final at the Gaelic Grounds.

The hurlers of Tipperary and Limerick will hardly need any introductions ahead of Sunday’s Munster Senior Championship semi-final at the Gaelic Grounds.

This is the third year in succession that the counties have met at this stage of the provincial championship. Nobody in Tipperary needs any reminding that the score stands at 2-0 in Limerick’s favour in those recent tussles.

On the year’s longest day two sides that saw their championship aspirations shattered by Kilkenny at Croke Park last season will compete for a place in the Munster Final on July 12 against Waterford, potentially the dark horses of the summer after their recent impressive displays against Cork and Tipp.

Both of those memorable jousts that Tipperary had with Kilkenny at GAA headquarters last autumn are now but a distant memory as the county sets out on the championship road in search of a first All-Ireland senior title in five years.

They haven’t lifted a Munster crown since defeating Waterford in the final at Pairc Ui Chaoimh three years ago. But in the modern hurling world a provincial title pales in comparison to the glory of climbing the steps of Croke Park on All-Ireland Final day.

Eamon O’Shea was coach of Tipperary’s last All-Ireland-winning team and managing his county to an All-Ireland title in his final year at the helm, before his assistant Michael Ryan assumes the reins of control next season, would complete the Kilruane MacDonaghs clubman’s CV.

As ever the weight of expectation weighs heavily on the shoulders of the Premier County. 11/10 favourites for the Munster Championship (followed by Waterford at 11/8 and Limerick at 4/1), they’re a 9/4 chance to win the All-Ireland (in from 11/4 not too long ago), with their nearest rivals in the betting market Kilkenny at 5/2. The bar has always been set high by their supporters and an added pressure comes in the shape of several pundits tipping them to go all the way for the first time since 2010.

The last time that Tipperary struck a ball in competitive anger was nine weeks ago in the National League semi-final against Waterford, and Eamon O’Shea has been faced with a major task to get his team up to the pace of the championship after such a long lay-off. On the other hand Limerick have the advantage of a championship game under their belts, and a win to boot, after they beat Clare by a point four weeks ago.

That league semi-final defeat by Waterford at Nowlan Park on April 19 may have tempered the optimism of Tipperary supporters ahead of the challenges their team will face this summer, as well as revising their championship prospects.

It was a game that saw Tipp lapse into some old, bad habits. They seemed destined for a place in the final when they led by 7 points on two occasions in the first half. But with the game in their control they were outfought and outhurled on the turnover, as Waterford threw a spanner in the works by interrupting their free-flowing rhythm as Tipp were again edged out in a tight finish.

They had gone into the match under the shadow that the shock and upset of Noel McGrath’s illness had cast. Conversely the Loughmore’s player very welcome return from his surgery for testicular cancer to light training last week should give everyone a lift.

His absence from the team is undoubtedly a blow; given a break after his club’s long and successful run in the county football championship he had started the year very strongly, displaying an extra dimension to his game that combined a more physical approach with his abundant ability to mark him apart as one of the standout performers in the team in the early spring.

The early rounds of the league, bookended by a 12-points drubbing by Dublin and a 12-points comeback to beat Cork (a performance in which Noel McGrath played a starring role) in a scorefest at Pairc Ui Rinn, had offered grounds for optimism.

The team showed that it could still weave its pretty patterns and turn on the style but they also displayed a harder, grittier side to their game. They won most of the aerial battles when beating Kilkenny in Thurles and throughout the games against Clare, Galway and Cork were well up for the physical battle.

For last year’s All-Ireland Final replay they stuck with the same starting fifteen, while Kilkenny reshuffled their pack to good effect. However, while the Mullinahone pair of Eoin Kelly and Paul Curran, as well as John O’Brien, have retired their departures have created a void that younger guns such as Jason Forde, John McGrath, Niall O’Meara, Michael Breen and Ronan Maher have willingly filled and increased the options within the panel.

Forde and O’Meara were on the fringes of the team last season and will hopefully benefit from the extra year’s experience. Breen, meanwhile, is a player whose versatility could prove invaluable with his ability to perform in a variety of defensive positions, as well as midfield.

As of last weekend Cathal Barrett, who injured his shoulder on a training camp in Spain in April, was Tipperary’s major injury doubt, although weekend reports suggested that John Bubbles O’Dwyer is also struggling with an ankle problem, while Loughmore’s John Meagher is definitely out.

If they had a few more forwards capable of finding the target then Limerick could have beaten Kilkenny in last year’s All-Ireland semi-final. Their display in the provincial quarter-final against Clare suggests that they’re primed for another decent crack at this year’s championship. Lining out in a lower tier of the league hasn’t whetted their appetite for summer hurling or had an adverse affect on the level of their performances.

Midfielder Paudie O’Brien, wing back Tom Condon and the ever-dangerous Graeme Mulcahy typified the spirit and passion that Limerick have played with under TJ Ryan, as they survived the late dismissal of Sean Tobin (who will be unavailable on Sunday through suspension) to pip Clare.

This year they’ve added the exciting talent that is Cian Lynch to the mix. On his senior championship debut at the end of last month the nephew of former great Ciaran Carey turned in a man-of-the match performance, scoring 3 points from play from corner forward. The 19 year-old, who captained the Limerick minors in last year’s All-Ireland final defeat to Kilkenny, looks destined to be one of those players who will light up the championship.

Limerick also have injury concerns ahead of the game, with the most serious surrounding goalkeeper Nicky Quaid as he continues to recover from the collarbone injury he sustained in training in April.

After their 6-points win over Offaly in the League quarter-final Tipp’s progress was stalled by the setback suffered against Waterford. In post-match interviews Eamon O’Shea said that hard training had deprived his team of energy in the build-up to that defeat, which suggests that his priorities may have been totally focused on the championship.

On their day Tipp are capable of beating any team. But in those words “on their day” lies the rub. Which team will turn up on Sunday - the one with the necessary spirit to reel in Cork’s 12-points lead and prove too strong for Clare, Galway and Kilkenny in recent months; or the one that rolled over against Waterford?

Players such as Seamus Callanan, Bubbles O’Dwyer (if he’s fit for Sunday) and Jason Forde have the wizardry and trickery to inspire any team. Yet they’ll also need the combative spirit that Padraic Maher and Bonner Maher bring to the party. Bonner’s energy and endeavour is especially crucial in a forward line that has often struggled to win primary possession, although the jury remains out on persisting with captain Brendan Maher in attack when he might make a more valuable contribution in defence or midfield.

Experience will surely have taught Tipperary to expect another feisty and uncompromising battle with the Shannonsiders, one that’s unlikely to be decided until the closing moments. This is likely to be as much a battle of wits and determination than it is of hurling ability.

Forewarned is forearmed and for that reason Tipperary get my tentative vote to advance to the Munster Final.