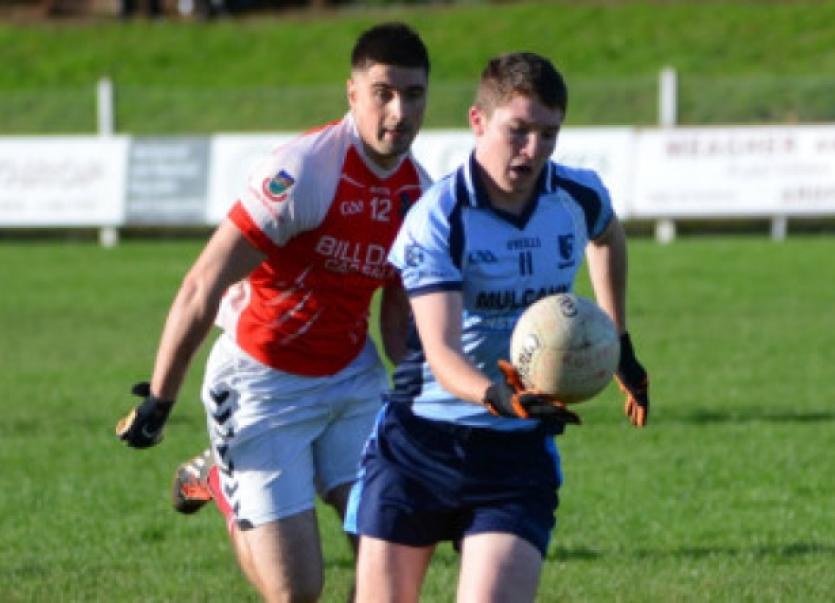 What ensued at the end of the County Senior Football Championship game at Ardfinnan on Saturday last was nothing short of a disgrace.

What ensued at the end of the County Senior Football Championship game at Ardfinnan on Saturday last was nothing short of a disgrace.

In the game itself Moyle Rovers had eked out a one point win over West champions Galtee Rovers, but the football was immediately overshadowed by a sickening-to-see fracas involving many players and some backroom personnel from both sides. For the two minutes that it lasted it was very ugly and very dangerous. Fortunately no one was seriously injured. There is absolutely no place in sport for this sort of behaviour.

The business of the day itself, a football game, went very much as expected, tough and tight throughout with little at any stage between the sides. If the first half was poor entertainment for the fair-sized attendance, the second half improved dramatically and built up to an exciting finale which the Powerstown/ Lisronagh side just shaded.

The game started positively and after only 16 seconds Moyle Rovers full-forward Jack Lonergan kicked a sweet point. Amazingly though it would be the only point from play in the entire first half.

From the outset the game was clearly going to be a tough physical encounter (2 reds, 1 black, 6 yellow cards) and with heavy underfoot conditions also, fast flowing football would be in short supply.

Galtee Rovers levelled matter 10 minutes in when Tony Egan kicked a 45 - their only score of the opening half.

The scoreboard remained unchanged until the last kick of the half when Liam Boland pointed a close-in free he had won himself. It brought to a conclusion a poor first half in which both sides kicked half a dozen wides, some of them very wild efforts indeed.

The second half thankfully was much better both in terms of the football and the excitement generated.

The South side resumed positively and Liam Boland kicked a free after three minutes. Then a four-man move involving Luke Boland, Ross Mulcahy and Jack Lonergan, was finished by David  McGrath with an excellent point on the run to extend their advantage to 0-4 to 0-1.

In the 36th minute it went from bad to worse for Galtee when Vincent Murphy received a straight red. Three points behind and a man down it looked like the West side had a mountain to climb.

To their credit they responded magnificently and were back to parity midway through the half.

In the 39th minute Shane Egan kicked a superb point from 30m out on the right, followed a minute later by an equally impressive Colin Morrissey effort from 40m.

Moyle Rovers then had  inter-county player Brian Mulvihill sent off for an off-the-ball incident brought to referee Michael Duffy’s attention by the linesman.

A Tony Egan free put Galtee Rovers back level at 0-4 apiece and with personnel numbers returned to equilibrium, the momentum was very much with the West champions.

In a see-saw battle a move by Moyle Rovers put Conor Conneally through only for Tony O’Brien to pull him down at the expense of a black card. Liam Boland pointed the free for the lead and when the influential Ross Mulcahy extended it to 0-6 to 0-4 Moyle Rovers looked to have weathered the storm.

Again the stubborn Bansha boys refused to bow and rallied with three on the trot.

In the 48th minute Shane Egan and Pa Morrissey combined for Denis Peters, just on the field, to fire a great point.

Two further points in quick succession for Shane and Tony Egan edged Galtee Rovers ahead, 0-7 to 0-6, with eight minutes remaining.

With elimination now staring them in the face Moyle Rovers upped their game once again. Peter Acheson and Ross Mulcahy kicked fine points to tilt the advantage once more in their favour before a late  Liam Boland free meant Galtee Rovers would need a goal to save their season.

A quieter than usual Andrew Morrissey, making a rare raid into opposition territory, had the last score of the game, his point just blazing over the bar. The county ambitions of Galtee Rovers, managed by former Moyle Rovers stalwart Seamus Delahunty, had come to end for 2014.