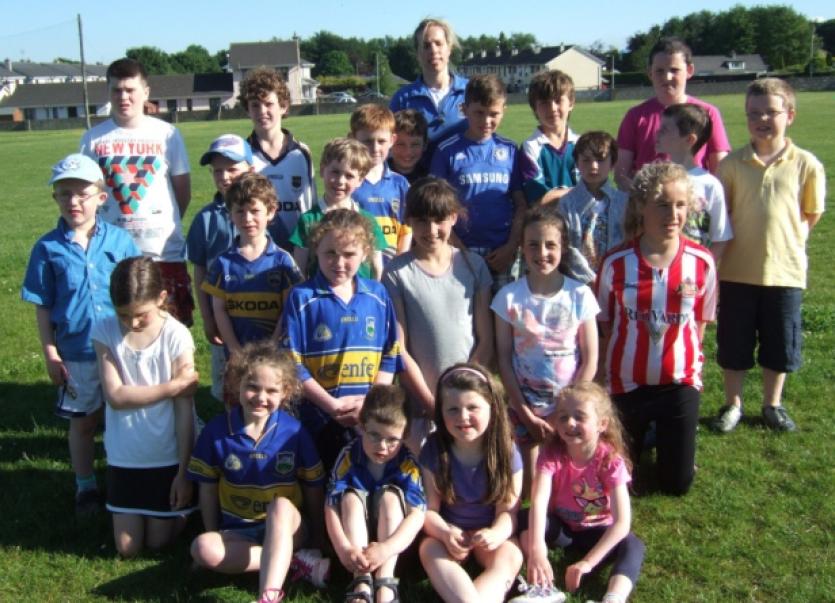 The county finals of the Community Games skittles took place in the wonderful facilities of Hillview Sports Centre, Clonmel in glorious sunshine.

The county finals of the Community Games skittles took place in the wonderful facilities of Hillview Sports Centre, Clonmel in glorious sunshine.

At this stage we believe the Co-ordinators Matt and Adrian Anglim must be able to order the weather as the conditions have been perfect for the past few years.

We expect Ballingarry to feature on the scroll of honour for Athlone again this year.

Community Games wish to express their sincere thanks to Hillview Sports Centre committee for their continued support and use of their facilities and a big thank you to the Anglim team and Veronica Brett along with Mary Walsh Sandra Thomas and all our staunch supporters.

A meeting of the Munster Council took place in the Firgrove Hotel, Mitchelstown on Tuesday, June 11th. All six counties of Munster were represented. Plans were outlined by the Kerry Games Director, Nelius Collins regarding the arrangements made for hosting the finals in Tralee on Saturday next, June 29th. The team draws also took place, the following details show the the programme and venues for events which involve teams from County Tipperary:-

Waterford v Limerick, winner v Clare in the semi finals which will commence at 11am in Caraslee GAA Grounds on the Ardfert road. Final will be played at 2pm

Powerstown Lisronagh had to withdraw from this event after winning the county final as several of their players will not be available on June 29th.

in the semi final. This preliminary game will be played in Ballygiblin on Monday, June 24th at 7.30pm. The other semi final is Clare (Doora Barefield) v Kerry (Kilorglin). Both semi finals will commence at 11am in Na Gael Grounds on the Listowel – Tralee ring road. Final to be played at 2pm.