Good first half sets up Commercials for victory 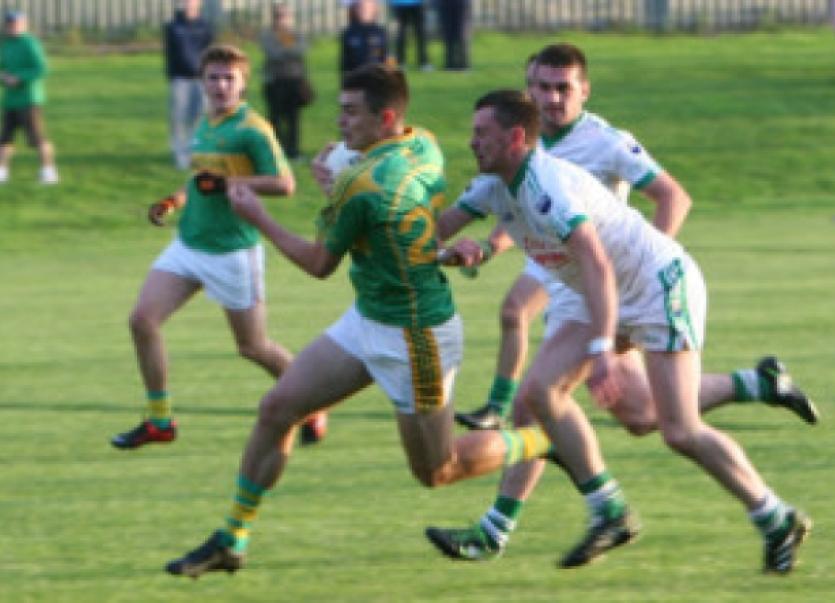 Clonmel Commercials had three to spare over Cahir in the Clonmel Oil sponsored South Senior Semi-Final in Ned Hall Park on Friday last.

Clonmel Commercials had three to spare over Cahir in the Clonmel Oil sponsored South Senior Semi-Final in Ned Hall Park on Friday last.

Commercials were full value for their win which was build on a solid foundation of an excellent first half performance.

Cahir had a blistering opening and were three points ahead after just three minutes from Edmund Meehan, Shane Murphy and Benny Hickey. Commercials slowly got into their stride and began to play some very good football. The return from America of Michael Quinlivan proved a big plus and he was a constant source of trouble for the Cahir defence. He opened their account in the 8th minute and by the end of the first quarter the sides were level with points from Ian Barnes and Kevin Harney.  Commercials were on top at this stage and with Kevin Harney and Ian Fahey leading the way at centre field life was proving difficult for Cahir. The second quarter saw Commercials take a complete stranglehold and four further points without reply saw them open a commanding lead with halftime approaching with Padraig Whelan hitting Cahir’s fourth point with the last kick of the half.

A point from Ian Barnes two minutes after the restart compounded Cahir’s difficulties. Centre forward Colman Kennedy increased the lead to five points. Two points for Cahir saw the margin reduced to just three as the game entered the final 15 minutes.  But Cahir could not get any closer than three points with the sides sharing four points in the closing stages.