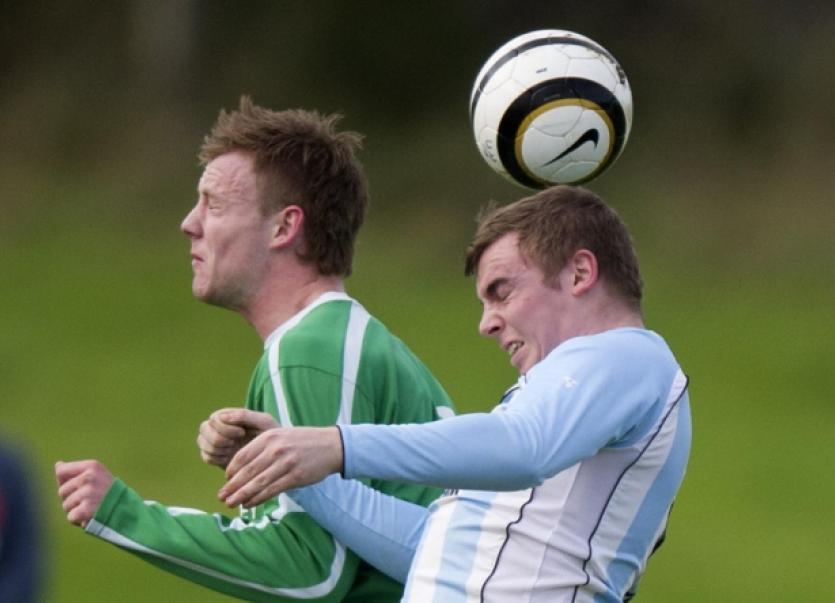 Fresh from their Division Three Shield success last weekend, Burncourt were attempting a giant killing effort against Galbally United and they nearly pulled it off at the weekend.

Galbally Unitedstarted quicker and opened the scoring after five minutes through a goal by Quinn Perry. They looked to be cruising when they doubled that lead in the 18th minute as Kieran O’Callaghan reacted quickly to his own saved penalty to beat the Burncourt Celtic keeper at the second attempt.

But Burncourt Celtic battled back, and in the 25thminute a mix up in the Galbally United defence allowed Alan Carter in to reduce the deficit to a single goal.

Much of the good work getting back into the game looked to be undone however, as two minutes before the break, the visitors were awarded their second penalty of the afternoon and again O’Callaghan was successful, this time at the first attempt.

After the break though, Burncourt came out a different team, and on the hour mark reduced the lead to one again when Pa Ryan finished a cross from Kieran O’Dwyer.

Ryan levelled matters a quarter of an hour before the end when he dispatched the third penalty of the day.

However, just as the home side were preparing for extra-time Quinn Perry popped up again, rounding the keeper and putting Galbally United into the next round at the end of a fascinating game.