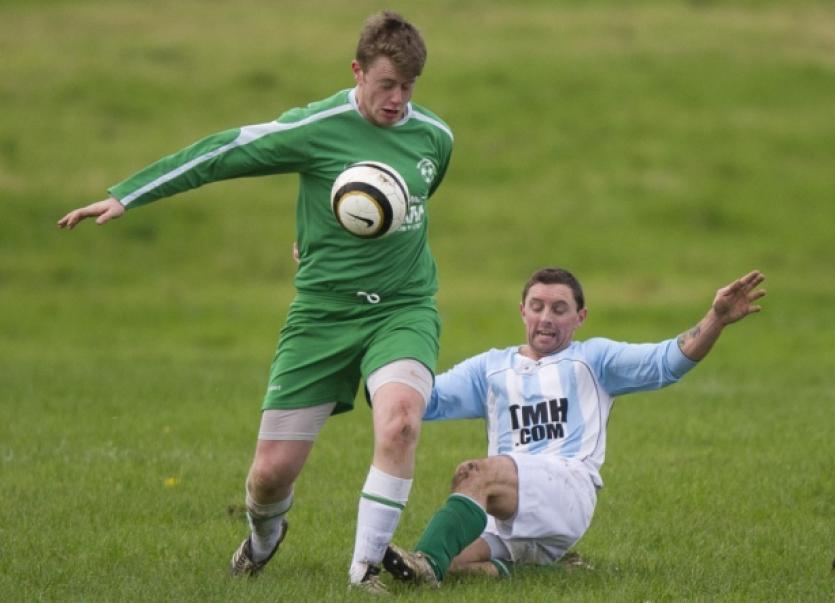 Both teams left it late here to cause any cheer from their respective supporters as they battled for points which could be vital for the promotion race come season’s end.

The first half finished scoreless and no real chances of consequence were created by either team.

It was the away side that finally opened the scoring ten minutes from time when Gerry Gardiner poked home for what looked like a vital win. But Killusty got the point they deserved in an almost bizarre fashion right at the end. A free kick was driven towards the away goal, and rebounded off the post, where it was driven in again another three times, hitting the post on each occasion before Dave Conway finally got a foot on it to knock it home for a share of the spoils.

Kilmanahan must wish games didn’t begin until half time as once again it was in inept, almost tragic first half comedy of errors which cost them dearly in this tie. The game had hardly begun when the away team took the lead through a cheeky Michael Mc Hugh lob from inside the box. On ten minutes Kilsheelan extended their lead this time as Ross Larkin beat a number of players in a solo break away before driving home. And the game was put to bed for good on the half hour when Larkin again, this time from a back post tap in scored his second.

Clonmels reserves took sweet revenge after a trashing in Tipperary a few weeks ago, by dishing the same medicine back out to the St Michael’s reserves at the weekend. The game was decided in the first half when Town went to the break five goals up with scores coming from a brace by Thomas Whalley, Shane Norris, Damien Walsh and Paudie Whelan.

Things didn’t get any better for the away team in the second half, as Philly and Shane Norris made it a bubbly seven up before the Saints Colin Barrett finally got a consolation goal with only a few minutes left on the clock.