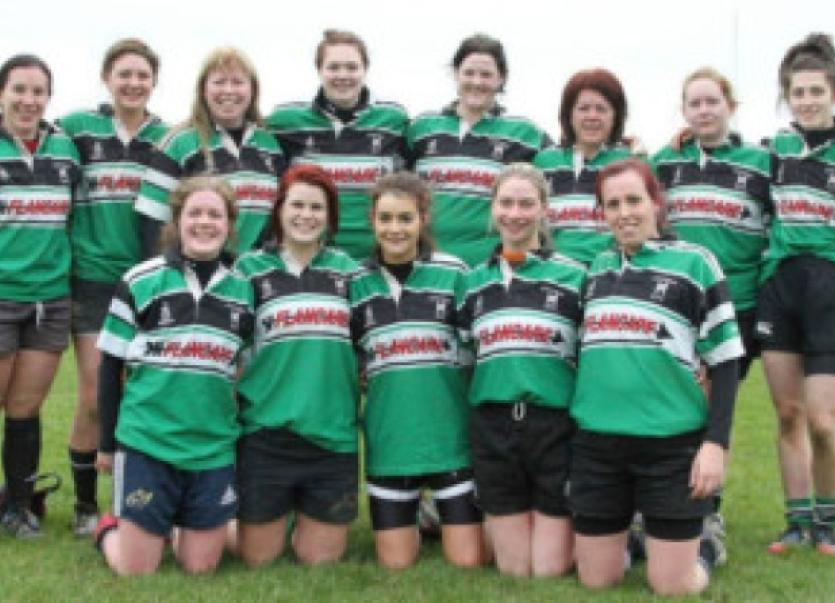 The ladies have continued the good form shown by all teams during a very encouraging start to the new season at Clonmel Rugby Club. - and are hoping to build on this in upcoming encounters.

The ladies have continued the good form shown by all teams during a very encouraging start to the new season at Clonmel Rugby Club. - and are hoping to build on this in upcoming encounters.

In what was a very busy Sunday in the Clonmel club grounds, the ladies team played host to St Senans from Shannon in their first home game of the season and only their second game in this year’s league.

After an away loss to Thurles in October, the Clonmel side was anxious to show some good form in front of the home crowd.

And that they did.

The visitors opened the scoring on fifteen minutes with a well worked try in the corner and led 5-0.

However this seemed to act as a spur for the Clonmel side and after solid pressure and multi-phase drives, Ciara Traynor went over the line to level the score on 5-5.

St Senans responded and on the thirty five minute mark pulled back a try to go into half time with a five point lead.

Clonmel came back out for the second half and after more pressure from the home side Marie Kelly responded quickly to a loose ball and ran from almost half way to score under the posts, a try she converted herself.

A further try from the visitors pushed them into a 15-12 lead and it seemed like it wasn’t going to Clonmel’ day.

However true grit and determination oozed from the home side and with five minutes remaining on the clock, Danni Delahunty broke through the Senans defensive to score a late try under the posts.

Marie Kelly converted and Clonmel won their first game of the year 19-15.

This was a fantastic result for a team that only came together in August and is very much a mix of experience and novices.

Training continues on Friday nights at 7.30pm and new players are still needed!

U18’s Away to Waterford City on Sunday November 10th at 11am.

The 2nd XV are home to Dungarvan in the South Munster Junior 2 league. Kick-off time to be confirmed.

The Ladies XV are away to Waterford City on Sunday, November 10th.

Kick-off time to be confirmed

The 1st XV are home to Old Christians on Sunday November 10th in the fifth round of the Munster Junior League. Kick-off at 2.30pm