Clonmel Commercials champions of the past are honoured 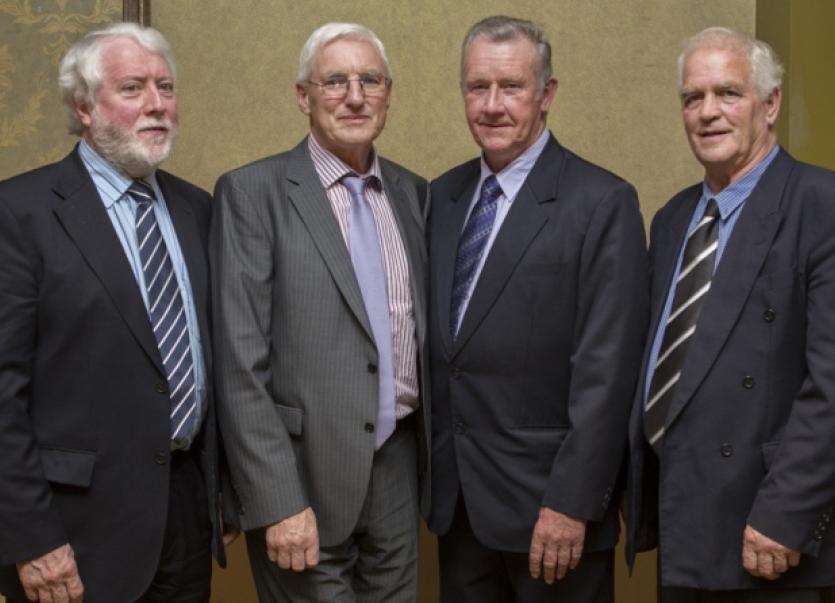 Mmebers of the Clonmel Commercials team that won two County senior football titles in the space of three years in 1969 and ‘71 were honoured on Sunday.

Mmebers of the Clonmel Commercials team that won two County senior football titles in the space of three years in 1969 and ‘71 were honoured on Sunday.

They were introduced to the crowd at this year’s county final in Semple Stadium and later that evening feted at a function in the Clonmel Park Hotel.

The 60s was a glorious decade for the Clonmel club, with three-in-a-row county titles from ‘65 to ‘67, and they maintained the excellent form to ‘69 and into the new decade with final wins over Ardfinnan on both occasions. And it was the men from the village who denied them another three-in-a-row with victory over Commercials in the 1970 decider.

Great memories were shared on Sunday as those special days were recalled. At the function in Clonmel, co-hosted by Tipperary County Board, The Nationalist and the Park Hotel, tributes were paid to the team that had brought such honour to the club.

And all the speakers remarked that it was not just a night for looking back but for looking forward as well as earlier that day Commercials had won the county minor title for an unprecedented fourth year in a row. Club chairman Bed Brophy added that they have also won five u-16 county titles on the bounce so the future is very bright for the green and gold.

Team member and club stalwart Mick Egan thanked everyone for such a special occasion and on a night of celebration, remembered team mates who were no longer with us - Brian O’Callaghan, Paddy O’Connell, Gary Smith and Mossie Patterson.