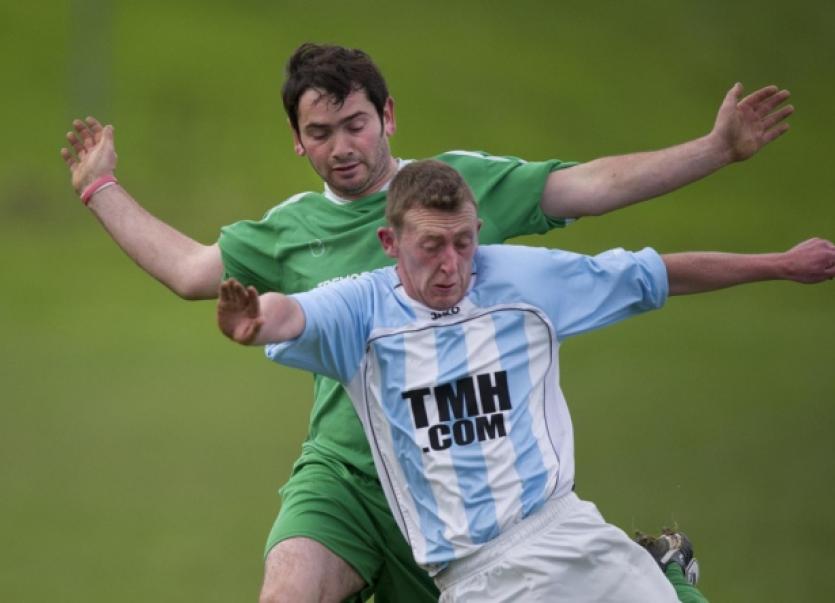 The home side who opened the scoring with a well taken goal from Philip Grace in the 15th minute but Cashel were level within ten minutes from a James Harding penalty. Paul Hoare fired Cashel into the lead at the break.

A brace from Daniel Doherty put the game beyond their reach long before Mickey Coleman finished the scoring.

Bansha caused the main upset of the weekend when defeating Old Bridge. Celtic were a goal up inside two minutes when Darren Stokes held off two Old Bridge defenders before coolly slotting home. They were 2-0 up inside a quarter of an hour through a brilliant effort by Neil Daly with an unstoppable overhead kick.

Rattled by this, the Premier team got a goal back in the 25th minute as Martin Kennedy headed home from close range.

As the second period progressed both sets of players began to get niggardly with each other and a plethora of cards were handed out as the referee kept a lid on things to stop the game boiling over.

Fifteen minutes before the end, Bridge were back on level terms when Eoin Leahy equalised from the penalty spot, and the higher division team looked like they were favourites again to progress.

However, seven minutes from time, they were awarded a free kick just outside the Old Bridge area and after driving his initial effort into the wall, Darren Stokes drilled the rebound low into the opposition net, to keep Bansha’s dream of another long run in this competition alive for at least one more round.