Tipperary just get there to set up clash with Cork 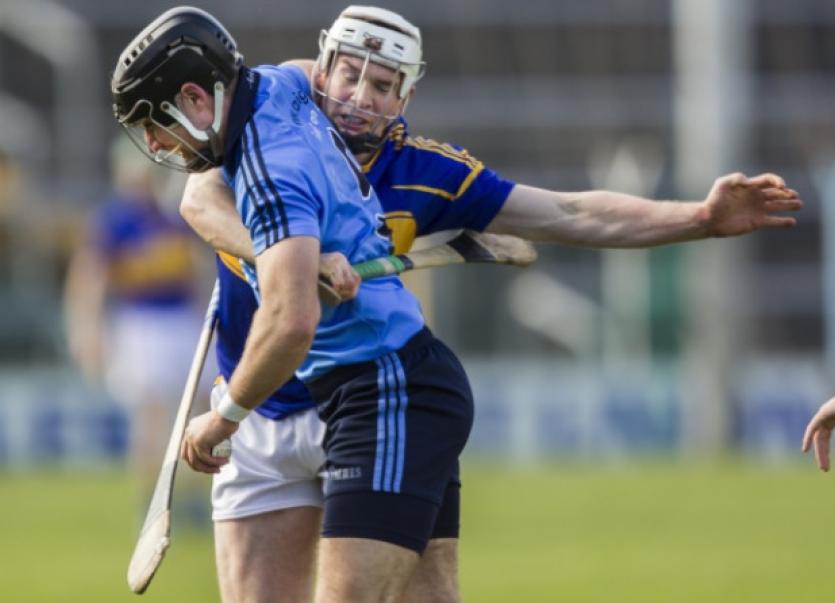 The air of gloom hanging over the Tipperary senior hurling camp lifted in Thurles last Sunday, for now at least, as Eamon O’Shea’s players showed real character to book a place in the quarter-finals of the Allianz Hurling League.

The air of gloom hanging over the Tipperary senior hurling camp lifted in Thurles last Sunday, for now at least, as Eamon O’Shea’s players showed real character to book a place in the quarter-finals of the Allianz Hurling League.

A topsy-turvy afternoon had Tipp fans on the edge of their seats at Semple Stadium before a fourth-place finish in Division 1A was assured.

And with that, Tipp set up a showdown with Division 1B pacesetters Cork at 3.30 at Semple Stadium next Sunday afternoon.

Had results turned out differently, Tipp could be facing into a relegation playoff but the psychological benefits of playing for potential silverware instead of avoiding the drop cannot be underestimated.

Tipp won by the required 3-point margin to move ahead of Dublin in the divisional standings and with results elsewhere going in favour of the Premier County, O’Shea can now start plotting a positive course ahead.

Tipp were lucky to beat Waterford under lights in their opening fixture and three successive defeats brought the prospect of relegation into stark focus.

Thankfully, that nightmare scenario has been removed from the table but Tipp had to come from six points down to claim victory against Dublin, in front of 4,768 spectators.

And while Tipp were pilloried for a 16-point negative swing against Kilkenny at Nowlan Park earlier in the campaign, they deserve credit here for a 9-point swing in their favour.

In a nail-biting encounter, even a two-point win would not have been enough for Tipp. That result would have seen Dublin through but their substitute Niall McMorrow did not seem to be aware of that deep in stoppage time.

Having collected possession in oceans of space on the 45m line, McMorrow elected to drop the ball into the Tipperary goalmouth, allowing Conor O’Mahony to clear, when a point would have put Dublin fourth and sent Tipp into a relegation playoff instead.

Seamus Callanan’s haul of 0-11 was crucial to the Tipp win, on a day when Alan McCrabbe hit 0-10 for Dublin. Captain Brendan Maher was excellent for Tipp, too, at centre back, while Noel McGrath enjoyed a tremendous second half.

Unfortunately, Tipp may be without a few key men for the Cork game as Michael Cahill and Patrick ‘Bonner’ Maher limped off with injuries. Bonner Maher scored the only goal of the game in the 47th minute, a crucial effort bundled home from close range, and it proved pivotal after Dublin had moved 0-13 to 0-9 clear.

The visitors were 0-9 to 0-3 clear in the first half before Tipp enjoyed a productive second quarter that brought them to within a point by half-time, 0-9 to 0-10. Tipp had goal chances in the first half but Dublin goalkeeper Gary Maguire kept out Maher and Jason Forde.

At the other end Tipp native Ryan O’Dwyer was having some joy and with Danny Sutcliffe and McCrabbe buzzing to good effect, the hosts were in trouble.

But Tipp seemed to come to terms with Dublin’s tactics midway through the first half and much of the second period saw the Premier men assert their own authority on the game.

There were hair-raising moments, however, before Tipp’s passage to the last eight was confirmed.

Playing with the breeze into the Town End, Tipp won the second half by 1-10 to 0-9 but Brendan Maher did well to block a 20m free from Paul Ryan on the line and Joey Boland missed a long-range free at a crucial time.

And then there was that moment of hesitation from McMorrow, a proven point-taker, when he elected to drop the ball short rather than popping it over the bar. Fine lines but this time, Tipp on the right side. Had they not progressed, fingers would have pointed towards linesman John Sexton who was operating on the Kinane Stand side of the pitch for the second half. Three minutes after the restart Forde arced a beautiful sideline cut at least a foot inside Maguire’s right hand upright but the officials deemed it wide.