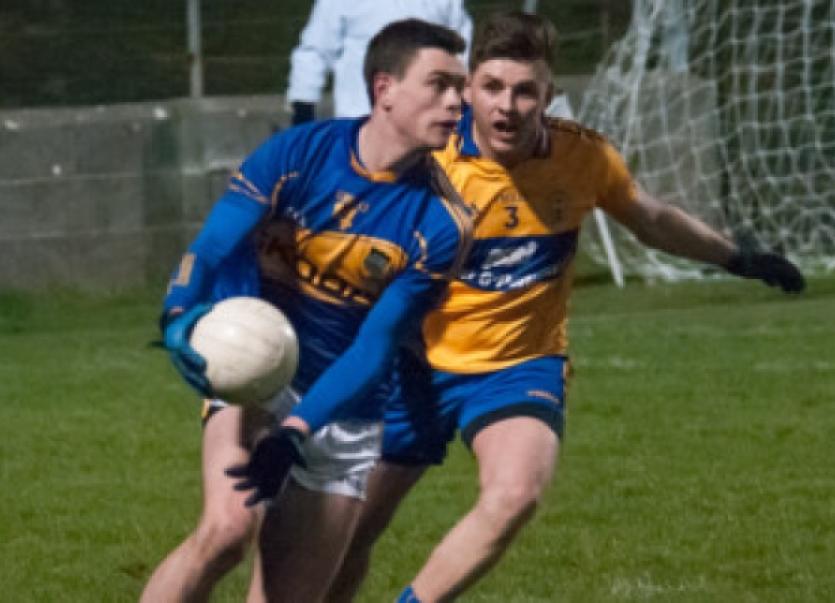 Tipperary under 21 football manager David Power was very pleased with his side’s performance in his post-match comments after Wednesday’s night win in Miltown Malbay.

Tipperary under 21 football manager David Power was very pleased with his side’s performance in his post-match comments after Wednesday’s night win in Miltown Malbay.

“I’ve been with this bunch for the last five years and that’s a serious performance. The scoreline might suggest it was an easy game but it was far from it. To be 0-9 to 0-5 up at half time was superb work.

“Coming a long way down to Miltown Malbay on a windy night, it’s a super way of going in to a Munster final. That wasn’t an easy game, we had to fight for that. We are working hard all the time.”

Asked about the strength of the panel....

“We had some great subs to come on and hopefully we’ll have John Meagher back for the Munster final. Tonight we had Philip (Quirke), Colman (Kennedy) back, we lost Ross (Mulcahy) last Wednesday and Philip Fahey got food poisoning. We played Adrian McGuire and he stood up and had a great game as well, and so had Jimmy Feehan who’s only 19. So we are blooding a lot of good young talented players there. You have to be very very happy with that.”

“To score eight points from play against the wind out of nine that’s fantastic. That was a strong wind and they made it look easy out there tonight.Overall we are very happy but we also know we are facing a tough task. We are going down to Páirc Uí Rinn in three weeks time, but also we are going to look forward to it, we are not going to fear it. We’re in a Munster final, let’s get on with it.

“We are hungry for this Munster final because we felt last year we just didn’t perform and injuries kind of went against us as well. We have three weeks of hard work ahead of us and we are looking forward to it.”

“I just hope for a bit of common sense over the next couple of weeks. This weekend I have no problem with - we don’t have a national football league, they have a break. But over the next two weeks after this weekend hopefully they can give these young fellows a chance to perform in a Munster final. They are a great set of young fellows, just give them a chance to try and win a Munster final.”