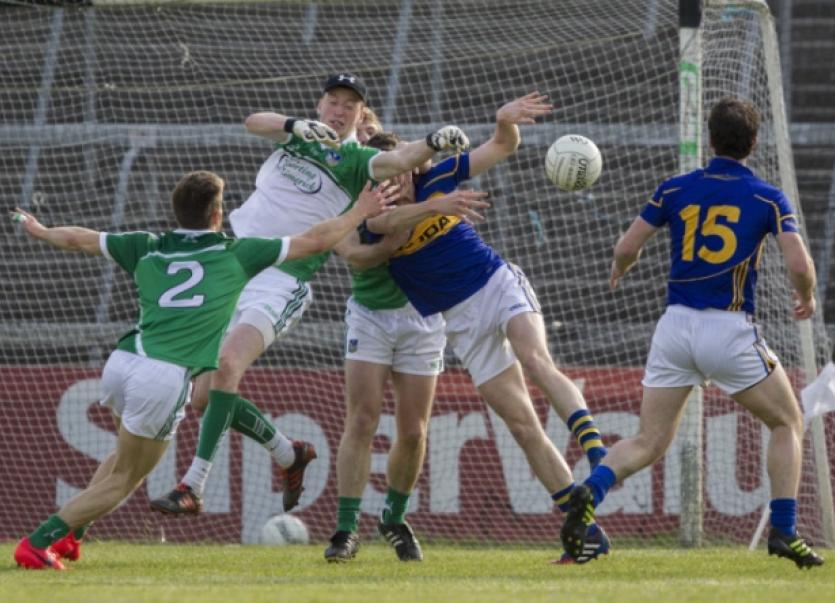 Yes, it has been a long time coming since that Declan Browne inspired win at Walsh Park, Waterford in 2003, but if never quite a famine like the hurling equivalent pre 1987, this football drought is now finally over. Great credit to all involved.

The very welcome and at times impressive six points win at the Ennis Road Grounds on Saturday evening last now presents Tipperary with a semi-final against Cork in Páirc Uí Chaoimh on Saturday, 21st June. It will provide a mammoth task for Peter Creedon’s side but it is where this progressive Tipperary side want to be - playing senior inter-county football at a higher level.

The year to date has been a very good one for Tipperary with promotion to Division 3 achieved and the Division 4 title captured in a Croke Park final against Clare.

However championship football is a different matter entirely and even when John Evans as Tipperary manager took his side from Division Four to Division Two the Munster championship win remained elusive. In the last 10 years Tipp have lost to Kerry five times, Cork twice and against last week’s opponents, Limerick, three times.

There was no doubting then, even with a good league campaign behind them, Tipp were up against it facing a Division Three team on their home patch. It would provide them with their biggest test of the year to date.

The visitors started impressively with two early points to settle the nerves. Conor Sweeney popped over a free after 50 seconds and Michael Quinlivan, demonstrating his lightning pace, kicked a nice left footed point in the third minute.

Eoin Hanrahan opened Limerick’s account with a fourth minute free and shortly afterwards Tipp suffered a major setback. Corner-back Ciarán McDonald, just back playing at the highest level after serious injuries, was adjudged by the referee to have cynically brought his opponent to the ground and was black carded. John Coghlan came on to replace the bitterly disappointed Aherlow star.

Ian Ryan tapped over the free and the sides were level for the first - and as it turned out last - time in the game.

The misfortune of the black card was somewhat balanced in the 10th minute when Tipp got a lucky break. A long ball played in to the square area wasn’t claimed by the goalkeeper and Conor Sweeney somehow touched it into the the path of the incoming Barry Grogan who gratefully blasted to the net.

Three quick points followed for the visitors. Philip Austin on a trademark solo through was fouled and Grogan pointed the free. Grogan almost immediately returned the favour with a pass for Austin to raise a white flag. Then championship debutant Colin O’Riordan who had an outstanding game added another demonstrating confidence and experience to almost belie his age. Hard to believe the Templemore 19 year-old starts his Leaving Cert this week.

A pair of Limerick frees from Ryan and Hanrahan reduced the Tipp advantage back to four points after 20 minutes. Tipp, though were playing some attractive flowing football at this stage and extended the lead back to a half-dozen again with another point from Philip Austin in the 21st minute followed by a stylish point with the outside of his right boot by Peter Acheson in the 25th minute.

The Acheson point came from an initial interception by Robbie Kiely in the half-back line and it was this line of O’Riordan, Kiely and Acheson that was Tipp’s launching pad all day.

Two late first half scores for Limerick - both from Ian Ryan from a free and the last from play left the half-time score at 1-7 to 0-6 in Tipp’s favour. Indeed Ryan’s 33rd minute point was the Treaty’s side only score from play in the entire first half.

The other talking points from the first half were a Philip Austin effort that came back of the crossbar and a blatant Ian Fahey push that could have been a penalty but went unseen. At the other end Paul Fitzgerld made an excellent diving save to deny Limerick a green flag in the 27th minute when the referee played the advantage rule.

Tipp restarted the second half brilliantly and a flowing move ended with George Hannigan taking a point after just 20 seconds.

Inside three minutes a move involving Conor Sweeney and Michael Quinlivan set up Philip Austin and the Borrisokane man finished cooly to the net to put Tipp eight clear at 2-8 to 0-6.

In the 40th minute Colin O’Riordan put Ian Fahey clear with a delicate pass and the Commercials man was dragged to the ground by goalkeeper Donal O’Sullivan. How he avoided a black card only the referee knows. To add salt to the wound Barry Grogan’s poorly taken penalty was then saved by O’Sullivan.

The Tipp advantage was pushed out to 10 points by the 45th minute as they completely dominated this period of the game. Brian Fox sailed through the middle and opted for a point with a goal chance on. Next Fox, Fahey and Acheson combined for the Moyle Rovers man to score his second point which was soon followed by a free from 45 metres by Barry Grogan.

Two Limerick points from Darragh Treacy and Eoin Hanrahan were all Limerick could offer in reply to Tipp’s blistering 1-4 start to the second half.

Robbie Kiely, impressive all through tagged on a point in the 46th minute to complete the half-back trio scoring.

Thereafter Limerick had their period of dominance. A penalty by Eoin Hanrahan in the 60th minute after a harsh ‘footblock’ decision reduced the deficit and Limerick clawed it back to just four with a point by half-back Iain Corbett in the 65th minute.

However in an anxious closing period a pair of reassuring points from Barry Grogan, one a free, saw Tipp through to the semi-final

For Tipp the half back line plus championship debutant Ger Mulhair all did well with Acheson ‘man of the match’. Hannigan put in a workmanlike 70 minutes while Philip Austin was the pick of the forwards. Worringly though the inside line contributed just 1-6 of which only two points came from play.