‘I was told I would never hurl again’ 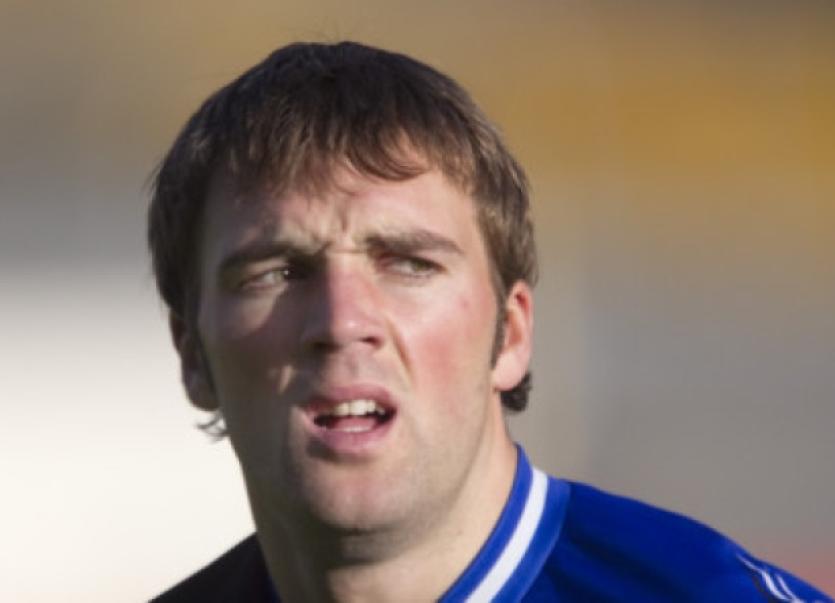 The participation of one player in Sunday’s big match in Croke Park will represent a genuine triumph over adversity.

The participation of one player in Sunday’s big match in Croke Park will represent a genuine triumph over adversity.

Tipperary midfielder James Woodlock, whose good form has been instrumental in the county’s surge to the last four of the All-Ireland Hurling Championship, has battled back from an horrific injury sustained in the County Hurling Final almost five years ago, when the bones below his right knee were shattered in seven places.

When he underwent the first operation on the broken leg he was told he would never hurl again. However he had no doubt that he would return. Now, not only is he hurling again but he’s back playing the game at the very highest level, re-emerging as an elite player following a protracted and often lonely struggle. On Sunday he’ll return to the spotlight in Croke Park, a world away from the dark days when he was at home lying on a couch for six weeks, connected to a morphine drip to ease the pain.

In the build-up to this weekend’s semi-final against Cork he has offered a fascinating insight into his recovery. He probably would be the last to admit it but James’ story is one of remarkable human courage, even if he tells it in a very matter-of-fact way.

“When I went for the first operation I was told I would never hurl again.It was so bad. But (now) I am where I am and that’s it.

I couldn’t do anything for a long time, I was six weeks on a couch, I couldn’t go anywhere, I couldn’t put the leg down, I had constant pain in it and it just took a long time. When you are on a morphine drip at home and you can’t go anywhere, what do you do? Once that was all off I used go to the gym at 6 o’clock in the morning in Thurles before anyone else was there, when the cleaners would open up I’d be there. My two friends would bring me in. I did jogging in the pool, it was all upper body work and I was twice as big as I am now. Obviously when you go back running you lose it all again. I was double the size, I was a stone and-a-half heavier.

It was the same injury that Cork’s Paudie O’Sullivan suffered, and I was chatting to him last year when he broke his leg. I couldn’t do anything for him and nobody could do anything for me at the time, you either come back yourself or you won’t come back. You have to put in the work yourself, there’s no physio or anyone like that going to bring you back.

I remember cycling 20 miles a day during the winter. The leg that had broken, I tied it to the pedal of the bike with a shoe lace and cycled with one leg, all uphill, to try and build the muscle back.

I had years of building up the muscle and it was gone within 3 days of breaking the leg. It just faded away, it was just bone, it took me a long time to get it back right. It caused problems with my other leg because all the weight was on that.

I have a pin down the middle of my leg from my knee to the ankle and I have two screws across. If you touch the ankle you can see the screws clearly in the ankle. They’re just like the screws in a door, they’re nearly out through the skin. You just put up with it”.

Despite everything he somehow managed to keep his spirits up. The only time he felt really down was when he tried to run for the first time. But more trying times were on the way to test his character.

The injury occurred while he was playing for Drom/Inch in the 2009 County Final against Thurles Sarsfields. Several weeks before that he had been on the Tipperary team narrowly beaten by Kilkenny in a tremendous All-Ireland Final.

“Like every Tipp person I had no doubt we were going to win the All-Ireland the following year, and that was the hardest part to take, when you couldn’t play. I had never missed a game under Liam Sheedy when he came in as manager, it was hard then, that was the toughest.

As his recovery continued through 2010 his place in the Tipperary engine room was taken by Brendan Maher as Tipp swept to All-Ireland glory, beating Kilkenny in a famous final.

He agreed that Brendan probably wouldn’t have played midfield in 2010 (when he was crowned Young Hurler of the Year) if James was around - “That was the hardest year, because I was happy enough to say I could play there, but then I had the broken leg and I couldn’t play and I had to watch it like everyone else.”

After the 2009 final his next appearance at Croke Park was as a substitute in the disastrous All-Ireland semi-final against Kilkenny three years later, although his disappointment was probably tempered by his return to the fold.

Neither did the previous campaign hold any fond memories for the 28 year-old.

“In 2011 we won the county final with the club, I thought I was playing well enough in the club championship but I didn’t get the break in the county team, it’s just hard when you slip out of a team to try and get back in. Other players get in and they play well. The last day (against Dublin) Michael Cahill and Conor O’Mahony didn’t play and the boys who filled in, they didn’t do a bad job. So how do you turn around the next day and say you’re not playing and slot the other two boys back in. It’s just hard”.

On Sunday he has a chance to make up for lost time, although he’s aware of the magnitude of the task when he will line up against Cork’s midfield duo of Daniel Kearney and Aidan Walsh.

“They’re lively, they’re strong and they’re good players. That’s the way the game is gone, most midfielders now are extremely mobile and you have to be to be able to get up and down the field. I think it will be a fair battle.

One of them is extremely good in the air and I suppose Kearney does a lot of running. But when Aidan Walsh gets the ball he runs direct as well, so we’ll have to keep a curb on them. He picks up a lot of breaks in front of the half back line, so to manage that we’ll have to get a forward to come out and cover that”.

His interview also offered a glimpse of life through the eyes of an inter-county county player.

“We just go in and we train hard every night. We train because we want to play, so I just think we put in so much work ourselves inside and maybe it’s not always appreciated. We’re not looking for a clap on the back or anything but it can be hard going, everyone else has a life to get on with and we’re just training the whole time in there. We’ll go in and train hard tonight to try and perform as well as we can on Sunday. When we’re in there we just talk about ourselves the whole time, to beef ourselves up to get the best out of ourselves”.

His performances this season have been a source of satisfaction - “I don’t mind doing any kind of grafting for the team. If I can get the ball to someone else who can put the ball over the bar like Seamie Callanan or whoever else, it’s their job to put the ball over the bar. It’s the midfielders’ and the backs’ job to get it to them. And I think we’re not getting enough ball into them. If you get enough ball into those boys, they’ll cause havoc.

At midfield you do some amount of aimless running. In the Dublin game the last day I was back in the half back line and full back line in the first half more so than in any other part of the field, that was just trying to break down the play. To try and stop them scoring and try and get the ball up the other end as quickly as we could. Every game is different but you have to have an engine, and that’s just not from midfield, it’s the same for forwards and backs, that’s the way hurling is gone.

We have to perform on the day and we haven’t done that yet in any of the matches. We’re trying to get there, we just haven’t got there yet. I think it’s coming on Sunday. Croke Park is the place where you want to play. Apart from 2012 Tipp have always performed well when they got to Croke Park, the biggest stage. I think Tipperary hurling deserves to be there.

I had to work really hard on my own to get back there. I’m happy for myself that I was able to get back, and I’m happy to be involved with such a bunch of players”.