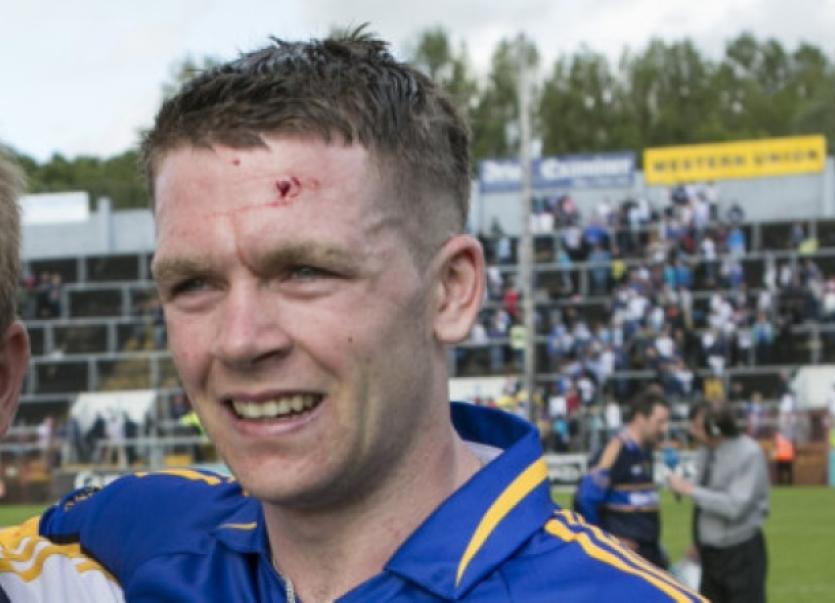 In a few days the time for talking, the time for writing will be all over and Tipperary and Cork will be left to fight it out for a place in the All-Ireland Senior Hurling Championship Final against Kilkenny.

In a few days the time for talking, the time for writing will be all over and Tipperary and Cork will be left to fight it out for a place in the All-Ireland Senior Hurling Championship Final against Kilkenny.

On Sunday the teams will meet in an All-Ireland semi-final for the first time and the sight of two of the game’s greatest protagonists in direct combat at Croke Park will have considerable novelty value.

A historic occasion at GAA headquarters will get underway at 3.30, with Wexford referee James Owens in charge. Owens was also the referee when the counties met for the only time in any grade at Croke Park in the modern era, the 2007 All-Ireland Minor Hurling Final, which Tipperary won by 3-14 to 2-11 with a team captained by current senior captain Brendan Maher. That Minor side also included Padraic Maher, James Barry, Michael Cahill, Noel McGrath and Patrick Bonner Maher from the current team.

At senior level Tipperary, represented by Tubberadora, beat Cork, represented by Ballyhea, in a Munster Final replay in the capital in 1896 en route to winning the All-Ireland.

This season Tipperary’s form has brought to mind Winston Churchill’s famous comment about Russia - a riddle wrapped in a mystery inside an enigma.

A disappointing, generally unexpected defeat by Limerick in the Munster semi-final was followed by the resurrection of their championship aspirations with wins over Galway, Offaly and Dublin. In the process Tipp totted up an impressive tally of 10-73 in those three games.

And yet, for all that, a significant number of observers, including in their own county, haven’t been overly impressed by their credentials and don’t regard them as serious contenders for the McCarthy Cup. It’s a view shared by the bookies, who have them as joint 3/1 favourites, along with Cork, for the All-Ireland, behind 6/4-on favourites Kilkenny. The bookies aren’t giving too much away before Sunday’s game, with each side available at evens. The draw is a 10/1 chance.

Despite those odds Cork will be many people’s favourites to come through. They went close to winning last year’s All-Ireland and this season are an even better side, much stronger and more assured in many departments, including defence where they leaked goals in most un-Cork like fashion in both instalments of last September’s ding-dong with Clare.

Their campaign got off to a stuttering start with a draw against Waterford, although they easily won the replay before gaining revenge on Clare for last season and then advancing to beat Limerick in the Munster Final. The graduations of Damien Cahalane, Mark Ellis, Aidan Walsh, Alan Cadogan and Bill Cooper have unquestionably stiffened the composition of the team.

The Rebels, however, haven’t been in competitive action since they beat Limerick in the provincial final in an emotional farewell to Pairc Ui Chaoimh on July 13, five weeks ago. Since then Tipp beat Dublin in the All-Ireland quarter-final three weeks ago and that more recent outing must count for something in their favour. Neither will Cork’s confidence have been enhanced by their crushing defeat by Clare in the Munster U-21 Final.

Despite their progression to the last four, Tipp’s patchy form en route to this stage has been a cause of concern. They were in real trouble against Galway when they were behind by 6 points but to their credit fought back with a spirit and determination that many doubted they even possessed to win by 9. The next assignment against Offaly was more straightforward, although they did switch off for a spell in the second half.

They were always in control against Dublin in the quarter-final, doing what they had to do in a performance that wasn’t embellished by any great sparkle.

There are several question marks about the line-up, which will be announced on Thursday night. James Barry looked ill at ease at full back against Dublin, though whether that means a return to the edge of the square for Padraic Maher, and a probable duel with either Alan Cadogan or Pat Horgan, remains to be seen.

Having missed out the last day Michael Cahill is expected to be fit which means that James Barry, Paddy Stapleton, Cathal Barrett or Shane McGrath could be relegated to the bench, although McGrath’s performance against the Dubs might have been good enough to secure a midfield berth. Conor O’Mahony is still troubled by a back injury while Paul Curran is also unlikely to start, considering he hasn’t been seen all season.

Apart from Bonner Maher the lack of forwards capable of winning possession remains a worry, one that has prompted a call-up to the panel for Colin O’Riordan, who has great ability to win the ball in the air. However assistant manager Michael Ryan considers “this whole ball-winner thing a bit of a myth. Outside of Kilkenny, you’d imagine nobody else can win a ball but that’s not the truth. The game is played at a very fast pace now. Very few balls are won directly from puckouts to half forwards. I think it’s part of the game, you’d like to have it, but it’s not the be-all and end-all”, he stated at the recent press event ahead of the semi-final.

Whatever happens, Tipp deserve praise for bouncing back so strongly from the defeat by Limerick. If anything the harsh criticism directed at them in the wake of that setback has galvanised the panel. If they are to take another big step forward then they’ll need to at the very least reproduce the form shown against Kilkenny in the League Final and in the last 20 minutes against Galway. James Woodlock, for one, believes they’re primed to unleash such a performance.

The younger and more inexperienced players will also need to quickly adapt to their surroundings and not be overawed by the skyscrapers in Croke Park.

The heart says Tipperary but the head says Cork.