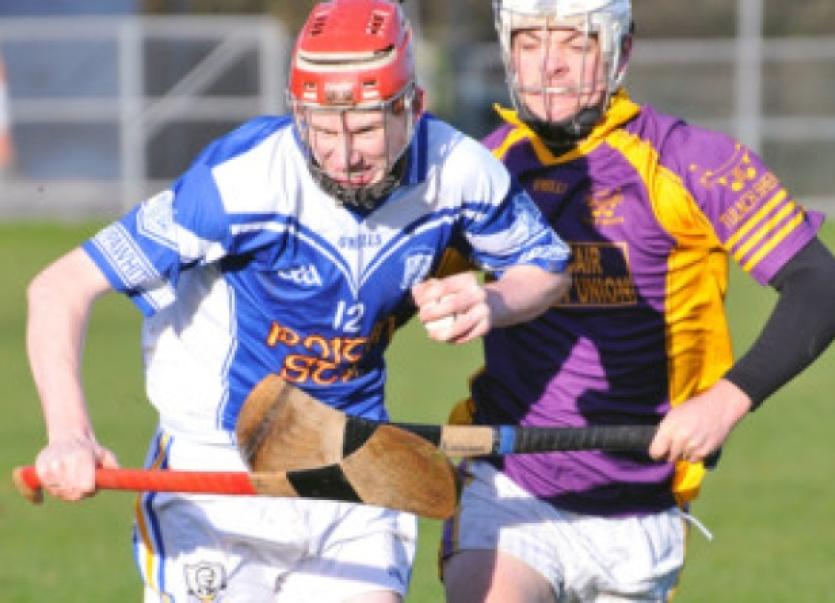 West champions Cappawhite/Treacys have qualified for the County u-21 hurling ‘B’ final following a deserved 1-10 to 1-9 victory over Newport Gaels.

On a calm crisp sunny day - the last Sunday in December - the Combo fought back Lazarus-like to defeat the gritty fourteen man Gaels side in Lattin.

The amazingly harsh sending off of David Gleeson, following consultation with other match officials, twenty minutes into the game, probably had a major bearing on the outcome, even though the Gaels upped their game for the remainder of the first half.

The Gaels had the better of the early exchanges and faced into the second half with a four point advantage. However they tired as Cappawhite-Treacys applied the pressure, but it took the two impact subs to finally engineer the crucial second half goal.

Super sub Fergal Ryan was only on the field minutes when he latched on to a long delivery from another sub, Darragh Kennedy and deflected the ball to the Gaels net.

So this goal set the scene for a pulsating final ten minutes. The crowd was brought to its feet as both sides gave it their all to fashion a victory, but it was the Combo that prevailed. Brian levelled from a penalty and Kevin threw over the crucial winner. A two point second half tally for Newport Gaels also tells a story.

Then the combo went two points clear following points from Sean Ryan after ten minutes. At this stage the combo defenders were living dangerously as the Newport Gaels full line of Gleeson, Carey and Ryan were showing up well. David Carew then struck, first with a point, after a mistake by a combo forward, Rob Houlihan’s side line cut found Brendan Ryan and he set up Carew for a crucial goal. Sean Ryan pointed but David Gleeson responded and at the end of the first quarter the Gaels led 1-4 to 0-5. Neither side raised a flag for the next five minutes and defensive changes settled the Combo defense. Then in an off the ball incident, Gleeson got his walking papers. This was a cruel blow for the Gaels. Sean Ryan then pointed to leave only the minimum between the sides. However it was the Gaels that finished the stronger with Brendan Ryan adding three points, two from frees, to leave the Gaels ahead at the break 1-7 to 0-6.

In the second half the Combo began their fight back with an early point from Pat Deegan, leaving just a goal between the sides. Aidan Moloney set up Conor Floyd for a point and Brendan Ryan pointed a free to leave the Gaels leading 1-9 to 0-7 ten minutes into the second half. It looked at this stage that the Gaels would hold out, but they did not raise a flag for the rest of the game.

By the end of the third quarter the Gaels still led 1-9 to 0-8 after a pointed free from Brian Carey.

Fergal Ryan with his first touch goaled with ten minutes remaining and two minutes later, when Brian Carey levelled the sides from a penalty, the scene was set for a nail biting final ten minutes which brought the crowd to their toes. Brian Carey set up Kevin Stapleton for the winner with time running out.

Cappawhite-Treacys after a shaky start settled down with Donal O’Neill, Willie Mackey, Andy O’Brien and Sean Ryan prominent in defense. Sean Ryan (R) and Pat Deegan did great work around the middle third while up front Kevin Stapleton, Matt Feehan, Brian Carey and super sub Fergal Ryan caught the eye, however these forwards found scores difficult to come by. However they will face a sterner test in the final and overplaying out of defense will be well punished against J.K.Brackens or the South winners.

Newport Gaels fought to the bitter end, despite being down a man. In defense Paddy Kelly Odran Floyd, Rob Houlihan and Michael Quigley stood out. Aidan Mooney did his best at midfield. Up front Daniel Carew, David Gleeson, Brendan Ryan and Conor Floyd were prominent.