Clonmel blow Cobh away to claim the top prize 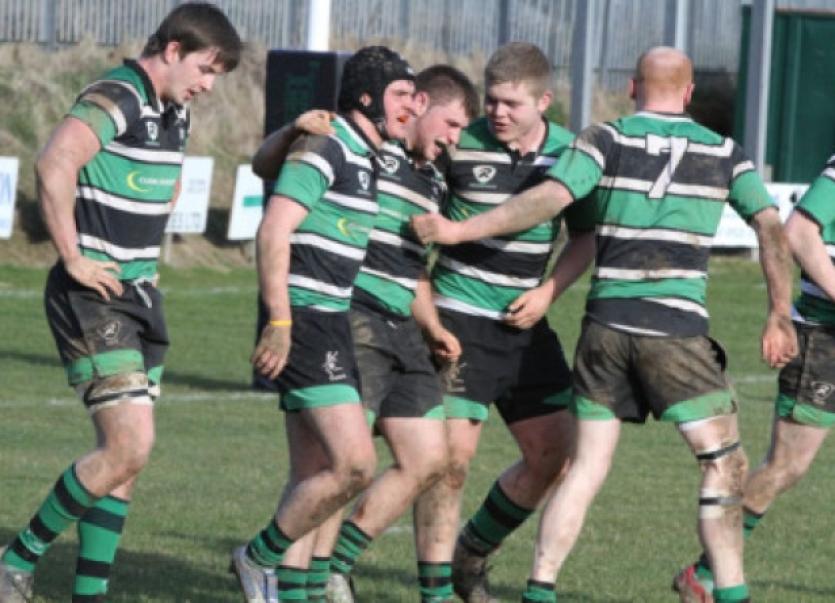 Rugby history was made in Clonmel last Sunday afternoon, with Clonmel winning the Munster Junior League Division 1 title for the first time in the club’s 123 year history.

Rugby history was made in Clonmel last Sunday afternoon, with Clonmel winning the Munster Junior League Division 1 title for the first time in the club’s 123 year history.

In front of a huge crowd the hosts took on Cobh Pirates in what was for Clonmel the penultimate game of this season’s league campaign.

Going into the game on 47 points and with a game in hand over nearest title rivals Newcastle West, the Clonmel side knew exactly what was required in order to secure the championship. A win would mean Clonmel would take the honours - even if points and games were tied on the final weekend - by virtue of Clonmel’s earlier win over Newcastle West.

However they also knew a bonus point win would eliminate any need for permutations and game counts and Clonmel would be crowned league champions. At the other end of the table Cobh Pirates were lying third from the bottom and needed a good result, having won all but two of their league games. Clonmel got off to the better start and controlled much of the play with pressure exerted on the visitors from the outset. It wasn’t long until that pressure was rewarded with the opening score of the game coming from Clonmel’s Luke Hogan, who crossed the line for his first try. Conor Cooney converted and Clonmel led 7-0 after 13 minutes, much to the delight of the home support.

The intensity continued unabated and five minutes later Morgan Lyons ended a superb sequence of Clonmel play to increase the lead to 12-0. After 28 minutes a Cass, Cooney and Hogan combination saw Luke Hogan cross the line for his second try, with Cooney delivering a well-taken conversion.

The sides went to the half-time break with Clonmel leading 19-0 and the home crowd daring to dream that it would be the day a new chapter in the club’s proud history would be written. There was to be no let-up in the second half and twelve minutes in Neville Melbourne made a sublime run to cross the line and secure the fourth and bonus point try, which left it 24-0 after 52 minutes.

The game continued to flow and great open rugby resulted in Darragh Foley making the break to secure try number five on the 60th minute mark. Billy O’Kelly made it 34-0 before a late converted try by the visitors gave Cobh the only scores of the day.

The game finished 34-7 with the win, the bonus point secured and the league title decided in a truly epic eighty minutes. The team now travels to Old Christians next Sunday to complete the campaign.

The club now heads into the round-robin plays offs with the other provincial Junior League title winners, with promotion to the senior club ranks the ultimate prize.

While the squad continues to deliver on the pitch, huge credit equally goes to Denis Leamy and Joe Winston, head coach and team manager respectively for their huge commitment and dedication to the club.

Women’s XV away to Abbeyfeale in the Munster Women’s League Division 1 on Sunday March 15 at 1pm.

Seconds XV away to Cobh Pirates in the Munster Junior 2 Cup on Sunday March 15 at 2.30pm.

Firsts XV away to Old Christians in the Munster Junior League Division 1 on Sunday March 15 at 2.30pm.