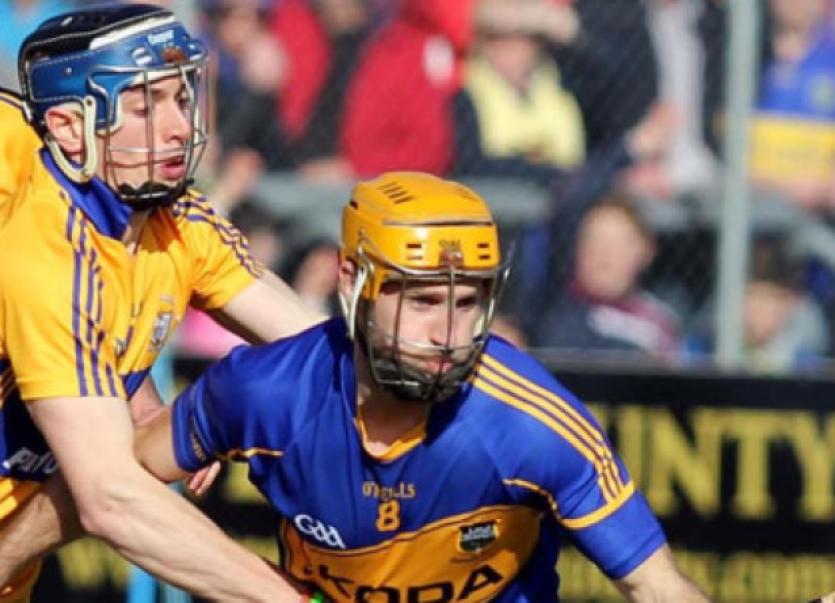 Facing a Clare team rooted to the bottom of the table with no points and desperate for a win, Tipperary looked up against it on Sunday going into Cusack Park, a venue that can sometimes resemble a bear pit when teams from the Premier County visit.

Facing a Clare team rooted to the bottom of the table with no points and desperate for a win, Tipperary looked up against it on Sunday going into Cusack Park, a venue that can sometimes resemble a bear pit when teams from the Premier County visit.

A tall order assumed even higher proportions when illness forced captain Brendan Maher and Jason Forde out of the starting line-up, adding to a lengthy list of absentees.

However the majority of the 7,363 attendance went home disappointed after another gutsy and committed display, building on the promise they showed against Galway a fortnight previously earned Tipperary their second win from three matches in the National Hurling League.

Manager Eamon O’Shea was keen to play down the significance of the victory and the fare was typical of the sort that’s usually witnessed in early March, but still there was much to admire about his team’s display. They made the most of their chances to set the agenda, keeping The Banner at arm’s length, and mounted a magnificent rearguard action to quell the Clare uprising late in the game.

A point from Conor Ryan, his fifth of the day from play left Clare just two points in arrears with five minutes remaining, as the tempo and excitement levels were raised a few notches. But a minute later Tipp landed the killer blow. The hardworking Kieran Bergin and Seamus Callanan (with a typically deft pass) combined to send James Woodlock scampering clear and while Clare goalie Patrick Kelly got a stick to his effort the shot carried over the line for the second goal.

Tipp were relatively comfortable from there to the finish, with Colin Ryan and Jason Forde swapping late points and considering Clare led just once (0-5 to 0-4 after 20 minutes) the result was the right one.

The defence performed some finger-in-the-dyke heroics to keep Clare at bay. Padraic Maher, who assumed the role of captain in Brendan Maher’s absence, left the field twice in the last 10 minutes for treatment for a cut to his head and, bloodied but unbowed, he still came back for more after he had changed his blood-soaked jersey. Conor O’Mahony, who started the season slowly was immense at full back while Conor O’Brien had a right ding-dong battle with Shane O’Donnell, restricting the Clare dangerman to just a single point.

Goalie Darren Gleeson made an outstanding save from Tony Kelly midway through the second half, with Conor McGrath failing to find the net from the rebound, while Michael Breen capped a fine performance with a pair of points from play, scored either side of the break. Cathal Barrett and Ronan Maher’s displays also underpinned the collective endeavour.

The other crucial score, Noel McGrath’s goal, came 8 minutes into the second half. A point was on when he was released by Kieran Bergin but the Loughmore player was amply rewarded for taking a gamble, catching the Clare defence by surprise, when he arrowed a fiercely-struck low drive into the corner of the net from well outside the 21 line. Yes despite that superbly-taken effort (he had another goal chalked off in the first half when referee Brian Gavin blew for a free) his performance was eclipsed by that of his younger brother John, who scored five points from play. There were two gems amongst that collection - the first when he took a pass from Noel and darted between two defenders in the 6th minute and the second when he mugged Paul Flanagan 12 minutes from the end.

Elsewhere Seamus Callanan gave his all when he was often forced to plough a lone furrow as the only player in the inside line while Bubbles O’Dwyer was at his best in the opening half, when his contribution included a wind-assisted free from just inside his own half to help his side into a 0-13 to 0-9 interval lead.

Conor Kenny and Niall O’Meara, who replaced Jason Forde and Brendan Maher put in decent shifts and when they tired and were replaced Forde and especially Shane McGrath breathed new life into the overall performance.