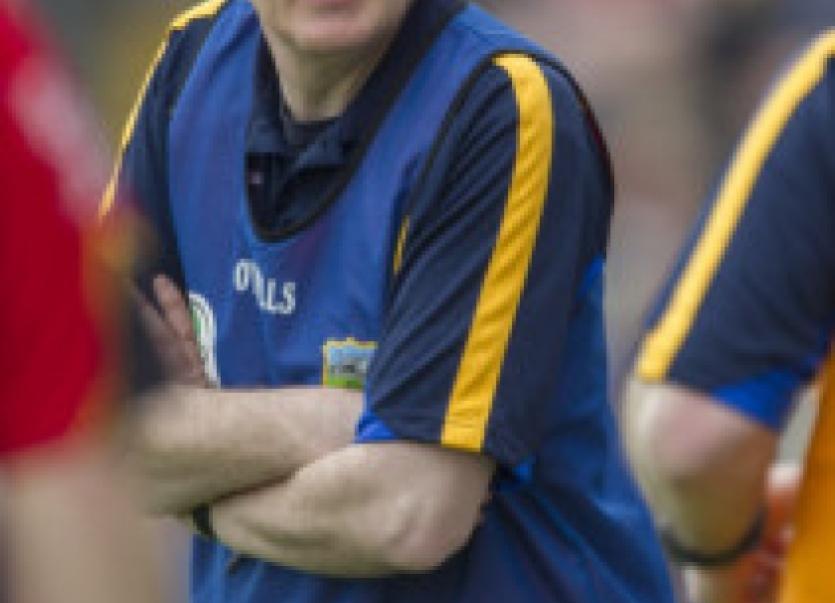 Much of the post-match discussion and analysis that followed the National League Hurling Final predicted that Tipperary and Kilkenny would again dominate this year’s championship and that the counties were on course for a re-match in Croke Park in September.

However Tipp manager Eamon O’Shea doesn’t buy into the hype, and neither is he concerned that his players could be distracted by such talk.

“Certainly none of our players will be thinking like that; they are not allowed think like that. Anyway we have played too many of the good teams. We went down to Waterford and I think they are a good team. I think Clare are an excellent team. Galway are a team that are going to be very interesting and I think the team we are playing on Sunday (Limerick) are a really good team. I could add in other teams.

I have played against Waterford down there, we played against Clare and I think they are ready to go. I think Limerick have what a lot of other teams don’t have in that they have really good forwards and I think they will be as big a challenge as ever Tipperary have faced. I view this as a really competitive game, I couldn’t sit here in all honesty and give you any indication of what is going to happen”.

Tipp go into the championship quarter-final in Limerick on Sunday on the back of a 3-points defeat by Kilkenny in last month’s League Final, although their manager is keen to dwell on the positives both from that match and the league campaign.

It was a tough environment going down to Nowlan Park and I thought the team gave a good account of themselves and stayed in the game for a long time, even though the best team won”.

One of the main talking points from the final was the incident that led to Lar Corbett and J.J. Delaney being sent off, while Kilkenny goalie Eoin Murphy, who was also involved, escaped without even a booking.

Was Eamon O’Shea disappointed that more wasn’t made of the clash, which resulted in the Tipp player being hospitalised with broken ribs?

“You just move on, it could have happened anywhere. I don’t think like that. It could have been a match previous or just another match, I deal with the here and now.

I certainly hadn’t thought about an appeal. In these sort of things I am old school. I believe that when a match is played it is played and when the match is over you shake the hand of your opponent and move on. Maybe other people were thinking about it but it didn’t cross my mind”.

The injury that Corbett picked up will almost certainly rule him out of the side for Sunday’s championship opener.

“At the moment (ten days before the game) he has had no physical contact and to be honest I haven’t been thinking about him. I wouldn’t rule anyone out but he hasn’t done any contact work and I’d think it’s unlikely. It’s a slow injury, it could take six weeks and at this stage he is just pucking around.

We don’t have him now and that’s the way it is, someone else will get an opportunity.

It’s a competitive environment, there is no point in me going to training tonight and having 15 players training for the last five weeks to play against Limerick because we’d certainly lose. It has to be competitive.

You try and go out there to play as long as you can, if it is working for you it’s working for you. If you’re fit and it works for the full seventy minutes that’s great but if it doesn’t somebody else comes in. Players all know that now, it is different from my time when if you weren’t on the first 15 it was a catastrophe.

We have been working hard during the league, we made a lot of changes during the league, I think we made 5-6 changes per game. Once you have a strong panel you are trying to ensure that everybody is competitive up to the last minute and that’s the way we work. I’m confident that whoever plays, and he (Lar) wasn’t guaranteed his place, there is nobody guaranteed their place. We work on the basis that we have a competitive squad”.

The selection of Kieran Bergin at wing back for the League Final raised some eyebrows, although the Killenaule player justified the faith shown in him with a fine display.

“I’m very happy for him, he was put in a difficult environment and in the first 5-10 minutes there was a lot of play over that side of the pitch and I think they scored 1-2, not from him. But the guy just stepped up. He is older (27) than other guys, you can’t beat a bit of life experience to see you through. I have great time for him and have no doubts about him at all. We knew that whatever happened he would give a good account of himself”.

When he met the press, over a week before the game, Eamon O’Shea admitted that he didn’t know his starting fifteen.

“If I could call it would be at 2.35 next Sunday but we’re not allowed do that.

It is very hard to pick a team on the Tuesday before the game. There are two (training) sessions left, but I do understand why, it is also part of the enjoyment of people liking to see the team but from the point of view as a manager you would like to just keep seeing what’s happening, but it is not a big issue. You’re always looking to see who has the edge and who doesn’t have the edge.

I don’t feel it will be tricky one to pick. It is competitive, they are not tricky to pick once you decide which way to go. In fairness to the guys they are still fighting and that’s the way it should be and that’s why training is so much fun”.

When the time does come to name the starting fifteen the process is completed in a relatively short period of time.

“People think you go into a room and it takes you two hours to pick a team but it’s not like that. I’m involved with an Under 14 team in Galway and I pick the team as I walk in and look around to see who is here. You’ve all done it. It shouldn’t take that long”.

He was the coach when Tipp last won the All-Ireland three years ago, and now Eamon O’Shea is enjoying life in the hot seat.

“The real enjoyment happens in about an hour’s time when I go into training and see the ball moving pretty quickly and that’s where it all comes together. I know you guys come to match day and it is all about match day but for me it is between 7.30 and 9pm and I see the ball moving as quick as it can.

We don’t train any differently, we just train on Tuesdays and Thursdays and weekends. I’ve got really good back-up as well with Mick Ryan as assistant manager, Paudie O’Neill is the coach and we have really great physical, medical and training staff. The amount of work I have to do is probably less than I was doing the last time in terms of physicality. A lot of the work organisationally is done in terms of players being fit and being right.

You can’t do this without a big group of people surrounding you. If you go up to any county training session, be it Limerick or Tipp, there are people there that have specific jobs to do. I think we had three different groups training last Tuesday night with three different people. In my day that was unheard of when everybody would train together.

Nothing beats playing but it’s the closest you can be without paying in! Being a manager is very good, even when working with club players or with younger players, it is great to be out on the pitch, in particular with players who are really skilful and the ball is moving really quick. There’s nothing to beat being at a session where there is a lot of competition and the ball is moving really quick. That’s the enjoyment I get out of it when you can’t play anymore.

We’ve had consistent training with a consistent run at it. I’m happy that the team will give a good account of themselves. I keep saying if it is good enough it is good enough. If it is not good enough, then the team that beats us will have played better than us. I’m very happy, the effort and the attitude has been outstanding from the players”.