Seamus Callanan’s idea of relaxation is to play more hurling 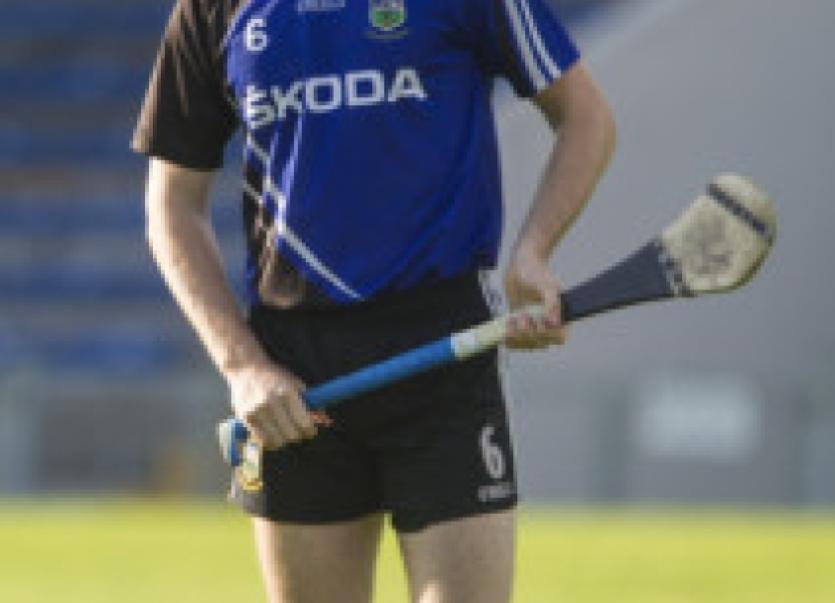 He was very much a peripheral figure in Tipperary’s championship campaign last year so this season presents the perfect opportunity for Seamus Callanan to make amends, although he insists that this won’t put him under any added pressure.

“If the team wins we all win. I’ll do my best and contribute as much as I can towards that. I wouldn’t be putting myself under any pressure or saying that this year was a big one for me. Every time you get a chance to wear the jersey for Tipp it’s a big year.

I suppose everyone wants to play on the big day, that’s what you train for all your life, go to the gym and do all the hard work and make all the sacrifices for. It was disappointing but you have to move on and hopefully it’ll make me a better player.

Everyone wants to play on the big day. Your first aim should be to make the starting fifteen. If you’re not on the 15 you should be aiming to get on the 26 for match day. Hopefully I’ll start against Limerick. I hope we’ll work hard and get over that obstacle and get to the Munster Final.

Whatever contribution I can give I’ll be happy to give it for Tipperary”.

When things aren’t going well there are other devices that help players, such as the sports psychologist. “We have someone on board who helps, if you want to talk he’s there to talk. It all helps to improve the performance. Tiger Woods and Paul O’Connell, they all use sports psychologists, if they’re all using them they can’t be a bad idea”.

The Drom/Inch player is one of those people who just sleeps, eats and drinks hurling, to the extent that he’s involved in the sport even on his evenings off.

“I just love to meet up with friends from home, go for a few pucks in the evening and relax. That’s my way of relaxing, even the night I have off training there’s always something to be done. If I wasn’t happy with my first touch on a Tuesday night I would go to a ball alley on a Wednesday night to sharpen up again. I love relaxing on a nice evening by going down to the local field and maybe practising a few frees”.

Outside of all the time that hurling takes up Seamus is also job hunting, having recently qualified in Marketing Management and Business from LIT.

“Hopefully something will pop up, there’s nothing on the horizon yet, it’s difficult enough. In our club (Drom/Inch) three of the six starting forwards have gone to Boston for the summer.

Down the line it’s something that people will have to look into because it’s hard to sit at home. Everybody loves hurling and wants to hurl but you have to try and make a few pounds too.

There’s always a perception that because you’re on the Tipperary team or a county team you’ll be okay (for work), but that’s not realistic. We’re all looking for work, now is the time for people to step up and give us the work, and it will be hard for people to stay around if it doesn’t come.

It’s not too bad on me so far, I’ve only been off for two weeks, there are probably people in my situation who’ve been waiting for the last few years and still haven’t picked up anything, something that they want”.

He’s hoping to use his qualification in marketing management, or a banking or sales rep job. “We’ve a farm at home but there’s only work for a few weeks with tillage, there’s not something there for full-time and you just have to look into something else”.

While the job hunt continues, his Tipperary career is bringing him plenty of satisfaction.

“It’s been really enjoyable under Eamon O’Shea, he gives you great confidence. There’s great competition there too this year, which is bringing on everyone. You see Jason Forde coming in and see the exhibition he put on against Dublin in the league semi-final. It’s great, John O’Dwyer had a great game against Galway, all these great players coming in. It’s all helping and improving every other player, because if I’m marking a man and he’s getting the best out of me, and if I’m getting the best out of him he’s improving as well. And if everyone is doing that then the whole team is improving, so competition is great. Kilkenny, who are the benchmark, have had that competition and that has really stood to them”.

Last year’s championship encounter with Limerick in Thurles was a bruising battle, one that Tipp were glad to emerge from after Limerick had pushed them all the way.

“There’s nothing like getting a few hits to make you feel alive, to make you feel the real Championship pace of the hurling. Limerick are a real proud and passionate county and we’ll respect that about them. Last year they gave us a serious game in Semple Stadium and pulled 6 or 7 points ahead at one stage. They’ve a great mixture of experience and youth. They’ve some great forwards like Declan Hannon and Graeme Mulcahy so we’re going to have to be really on top of our game to go down there and get a result in their own backyard with all their supporters behind them. We’ll encourage our own supporters to come down and really make a day of it because it’s a good healthy rivalry.

Everyone is training to make a contribution to Tipperary winning, that’s the main thing. We’re not looking past the Limerick game, since we met up at the start of the year June 9 was our date. That’s what we were aiming our performances towards.”