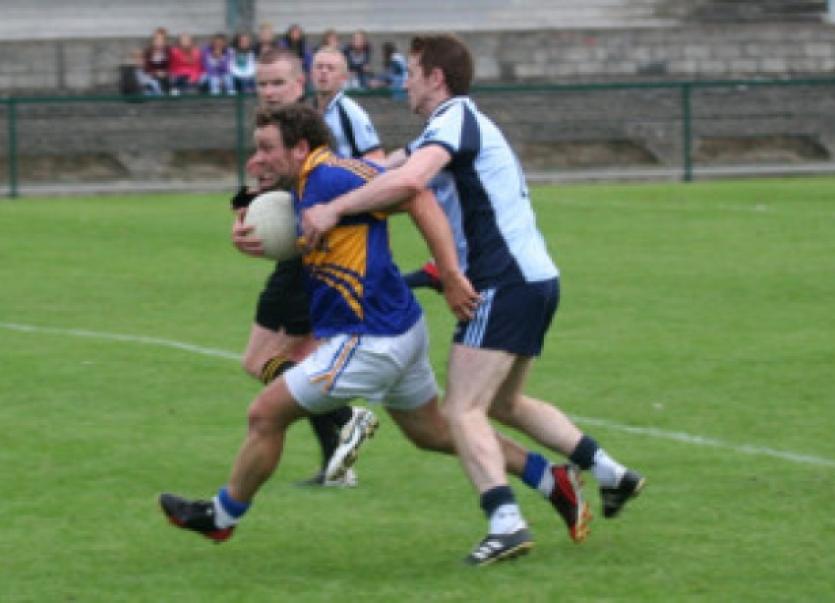 In the first round of the Clonmel Oil sponsored South championship Moyle Rovers were Kilsheelan-Kilcash’s opponents in Clonmel Sportsfield.

In the first round of the Clonmel Oil sponsored South championship Moyle Rovers were Kilsheelan-Kilcash’s opponents in Clonmel Sportsfield.

Michael McHugh pointed a free to open the scoring in the third minute. Further points from Paul Maher, Michael McHugh (free) and Adrian Walsh had Kilsheelan 0-4 to 0-0 ahead before John Shanahan with a penalty and a Brian Mulvihill point levelled matters.

Points from Bill Maher, Adrian Walsh (2) and another Michael McHugh free had Kilsheelan four ahead again at the interval by 0-8 to 1-1.

A second yellow card for Ross Mulcahy soon followed and when Michael McHugh added to his total Kilsheelan were not going to be denied. Jimmy Ryan from play and Brian Mulvihill, from a free, exchanged points. With five minutes remaining a short kick out by Kilsheelan was latched on to by Paul Shanahan who set up his brother John for another goald much to the delight of Rovers’ fans and leave the minimum between the teams.

David Corcoran, from corner back, ran the length of the field with determination and sent over the bar to double his side’s advantage and the final score of the game came from the boot of Michael McHugh, from a free, to give Kilsheelan/Kilcash a winning scoreline of 0-14 to 2-5.