Cashel and Golden must do it all again 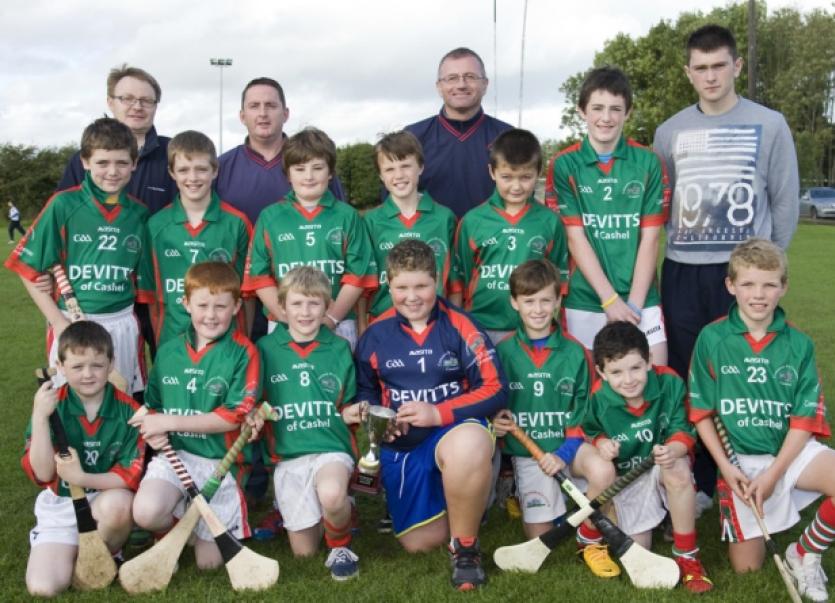 Next Sunday Cashel and Golden will do it all again in the Junior B hurling replay.

Next Sunday Cashel and Golden will do it all again in the Junior B hurling replay.

Having got themselves out of jail in the first game, Cashel will be hoping to go one better and lift the Jamesie O’Donoghue Cup. Preparations have been going well and while the five-week break isn’t ideal the panel of players will know a repeat performance will be nowhere good enough. Replay in Dundrum, Sunday, October 27, 12 noon.

Thanks to those that gave up their time to help with stewarding in Leahy Park for last Sundays county Football Semi Finals. Without your co-operation the holding of such an event would be impossible.

West U21 Hurling Championship: In a close game Clonoulty just edged Cashel 2-14 to 1-19 on Saturday. With both teams already qualified for the knockout stages they still served up a decent game. Cashel will look back and wonder how they let slip a strong halftime lead when they held a 2-8 to 0-9 cushion. Clonoulty did up their game in the final quarter and while Cashel’s defence stood up to the challenge the return of six-second half points was not enough.