Noel Bourke is the hero of Slieveardagh’s win 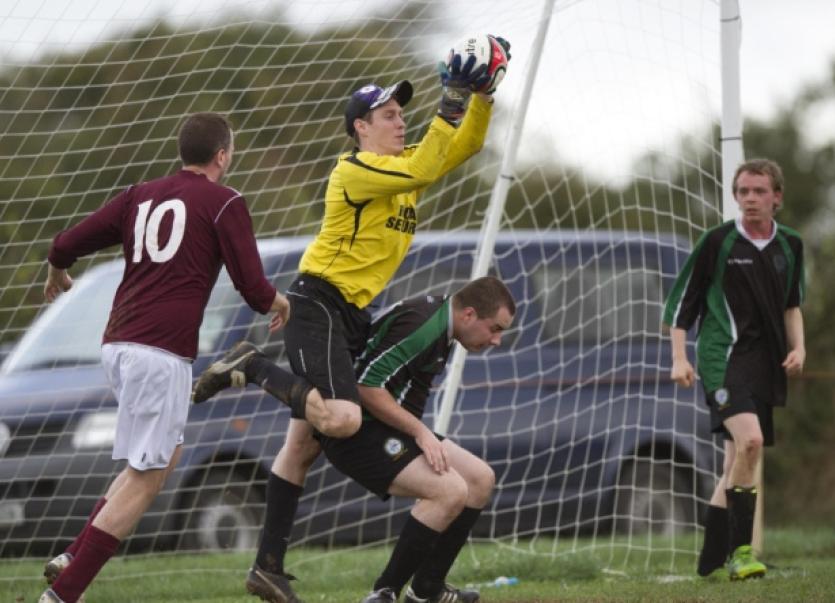 This was a real Cup game which could have gone either way in the end, but was ultimately decided by the one passage of real quality play between two hard working teams.

Both poked and prodded away at each other in the first half without ever really testing the two keepers, and a goalless ending to the first period was no real surprise.

The second half was played in similar fashion, until the 62nd minute, when Slieveardagh finally breached the home defence putting together a number of well executed passes before finding Noel Bourke to drive home from six yards out.

They almost undid all their good work with a quarter of an hour left when they were reduced to ten minute, but as hard as they tried, Bansha’s reserves couldn’t turn the one man advantage in their favour and exited this year’s Cup competition.

Prem’ier Division table toppers faced a tough challenge in Kilsheelan on Sunday and made hard work of getting away with the win that put them through to the next round of the Cup.

Saints had a number of early chances, but went closed after eleven minutes when Paul Breen headed against the bar from a Russell Quirke header. They were then almost punished for their profligacy when an inswinging free kick by Ian Coughlan went narrowly beyond the visitors post.

St Michael’s did finally break the duck after 21 minutes, as this time Quirke crossed to Pa Quinn who made no mistake from close in.

The away team took this narrow lead to the break, and came out in the second half still sluggish and wasteful. Despite being relatively comfortable in defence, they were uncharacteristically uncreative up front, and it wasn’t until a quarter of an hour before the finish, before they got their second goal, a headed effort from Paul Breen.

An Ian Coughlan own goal four minutes later was the insurance that Michaels needed, but they will have to play better if they harbour intentions of winning this trophy come the end of the season.