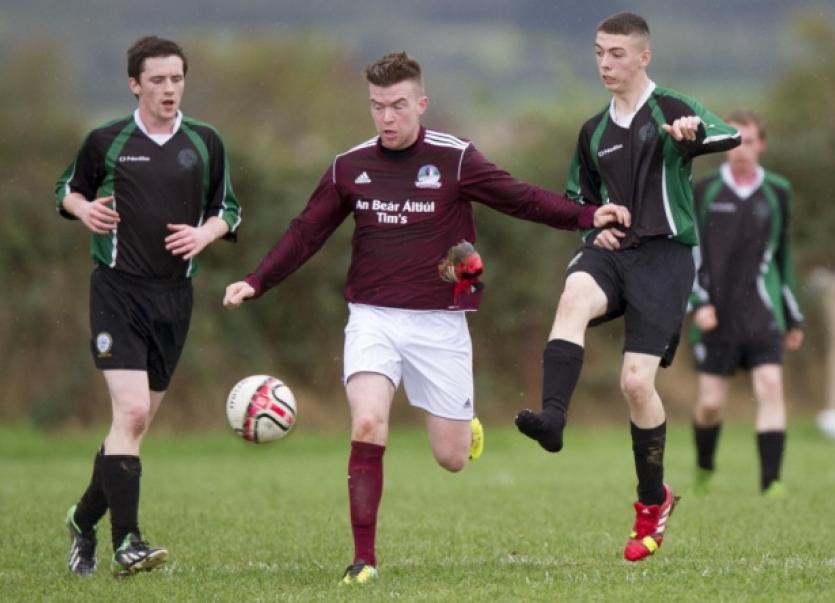 Last year’s champions Peake Villa started their defence of the trophy with a very impressive performance by the Tower on Sunday afternoon.

They got off to a flyer with a goal inside three minutes scored by Ted O’Connor who turned in a cross from Pippy Carroll. However, while they were still celebrating, Vee rocked them back and a beautifully weighted chip from Cormac Crowe had the game all square again after only five minutes.

Villa’s star striker Noel Kent then showed his class, with a brace of goals in a five minute period around the half hour. Once again though, as half-time approached, Vee played themselves back into the game and a goal by Kevin Murray cut the half-time deficit to a single goal.

Alas for the visitors the extra fitness and guile of the holders showed through as the second period went on and three unanswered goals by O’Connor and Kent again, along with Michael Butler put Peake safely and comfortably through to the next round.

Fourth Division Borris’ reserves entertained Premier team Old Bridge on Sunday and a Cup shock seemed on the cards after the hosts took the lead on 20 minutes through a well-taken effort by Darren Neighbour. They then carved out a number of chances as Old Bridge struggled to find their feet and get a toehold in the game.

When Old Bridge did eventually find their way, they more than made up for the shaky start. Emmet Ryan was on the scoresheet just before half-time to level matters.

In the second half, the gulf in class really showed and further goals from Noel Walsh, a penalty kick from James Garrity, and an absolutely stunning strike by Paul Landers, all book-ended by a second from Emmet Ryan, gave the higher placed team the victory in the end.