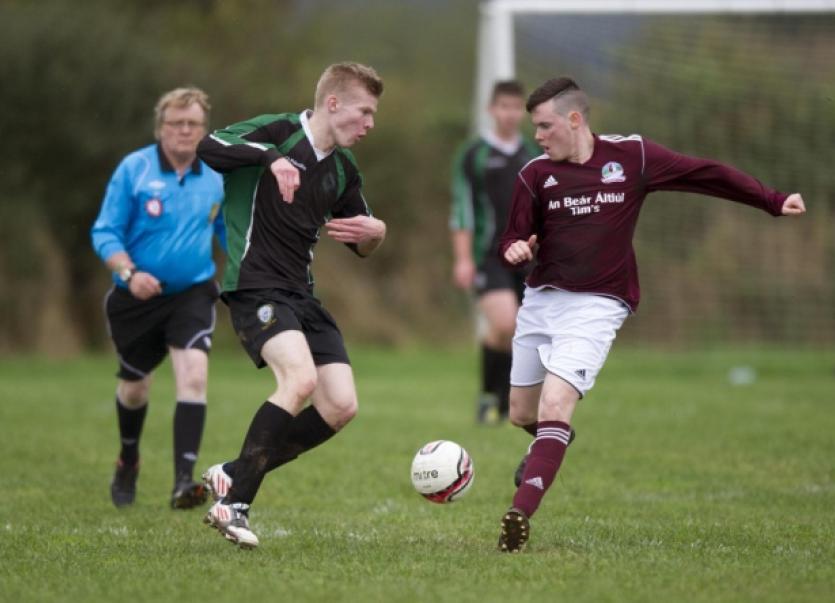 This battle of the reserves in Tipperary Town on Sunday morning ended with one of the few lower ranked teams in the league beating a higher ranked team in the Cup. And Tipperary Town had to do it the hard way, coming from behind against a stubborn Cashel outfit.

Cashel took the lead on 15 minutes, when their stand out performer of the day, John Paul Peters was the quickest to react to a free kick at the edge of the box, and blast home a lead goal. They then seemed to be holding out well enough, until the 25th minute, when this time the hosts buried a free kick to the net, courtesy of Conor Duggan. All square at half time both teams gamely went for glory in the second period, and it was eventually a goal ten minutes from the end by Michael Campbell that gave the home side the spoils.

The Tipp Town firsts followed their reserves onto the field of play on Sunday in an all First Division clash against Two Mile Borris. After watching the seconds secure victory, the pressure was on to keep the flag flying and the home team got off to a great start after just five minutes when Cathal Ryan profited from some good work by Stephen Quinn to slot home. They looked to be taking this lead to the break, but right on the half time Martin Darmody hit back from a free kick to level.

Early in the second period, Russell Bowes put Town back in front again. They consolidated that lead on the hour mark when Bowes got his second, and added the insurance goal with ten minutes left, when Ryan chipped the keeper for his second.

MartinDarmody put some respectability on the scoreline as he scored a consolation goal for Two-Mile-Borris from the penalty spot.