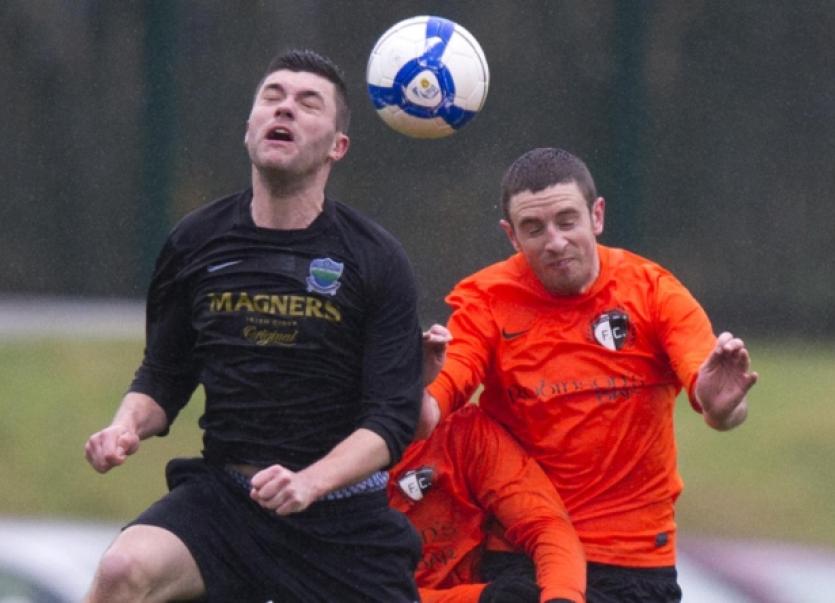 First Division side Tipperary Town ensured that there would be no chances of their lower division opponents pulling off a shock win on Sunday, by closing out the tie before the teams stopped for tea at half time.

The visitors opened the scoring on 20 minutes when Russell Bowes swooped to finish some good build up work, and then Tipperary Town doubled their advantage seven minutes before the break through a strike by Tony Byrne.

The game was effectively over right on the stroke of half time when Stephen Quinn hit a third, and despite a good effort to try to peg back the visitors in the second period, Tipperary Town were simply too strong and took the long drive home from Ballyneale with the coveted third round ticket secured..

Tipperary Town B 2 – 0 Slieveardagh (game abandoned at half time)

The Tipperary Town seconds will have to wait for a decision by the league committee to decide how they are to proceed in the Tipperary Cup after their game was abandoned due to a bad injury to a Slievardagh player, just before half time in their game Sunday.

The home side were leading by two goals as Richard Swords scored from the penalty spot on twenty minutes, and Michael Campbell left the opposition keeper floundering with a delicate lob, ten minutes before the break. However, once the seriousness of the visiting players injury became apparent, the referee and both teams agreed that the proper thing to do was bring this game to a close.

Galbally continued their fine run of cup form of late with a win here in a thrilling Tipperary Cup tie against Premier outfit Cahir Park.

They opened the scoring with a goal by Conor Henebry on ten minutes but were pegged back to parity when Eoin Farren scored for Cahir ten minutes later.

Both sides then had chances to retake the lead, but it was the home team who capitalised ten minutes before the break, as Robert Healy headed home from a corner kick. Bernard O’Brien doubled the lead with a lobbed shot over the despairing keeper on the hour mark, as the home side looked to be easing to victory, but with 20 minutes left, Cahir’s Ger Cronin reduced the lead to the minimum again when he headed home a well taken free kick.

Galbally restored their two goal lead five minutes later, when Quinn Perry got his weekly goal, but five minutes from time, Paddy Kennelly made it four three from another well executed set piece. Try as they did however, Cahir couldn’t breach the home defence one more time and Galbally advanced at the expense of higher league opposition in a cup competition for the second week in a row.