A labour of love for Clonmel’s Tom O Ceallaigh 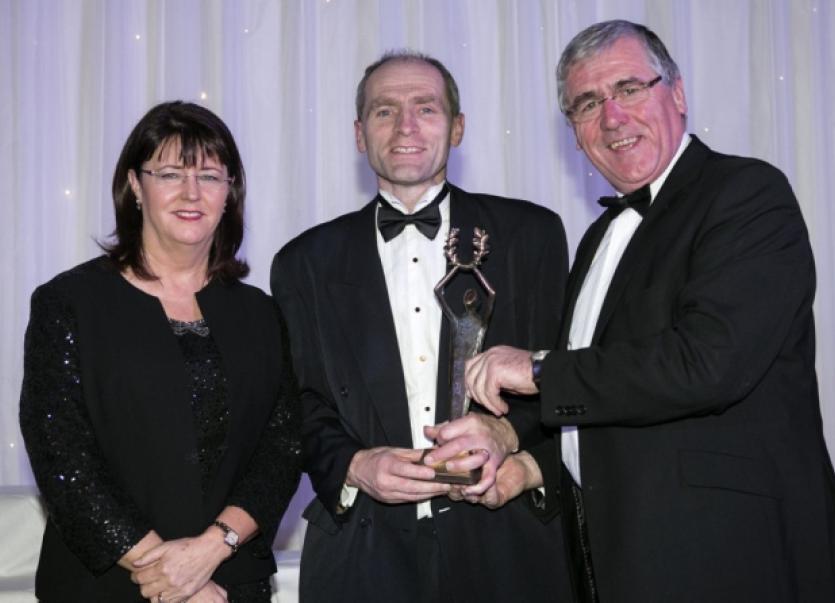 A native of Newcastle West, he has been involved in training juveniles at the Clonmel club for twenty years, and in the club’s nomination for the award, they remarked that he earned the respect and admiration of all the youngsters he had worked with.

Accepting the award, he said he did so on behalf of the players he had worked with and he thanked everyone who had helped him in his endeavours.

The award is presented in association with South Tipperary Sports Partnership to honour an individual who contributes time and effort to sport in the county.

Also nominated for the award were -

Anne Bourke, County Tipperary Lawn Tennis club, who was described as the driving force of the club with fifteen years of service, including three as treasurer and three as president;

Garreth Byrne, Brian Borus Ladies Football Club, who was described as an outstanding role model for the young girls in the club;

Liam Fennell, South Tipperary Titans Basketball Club, who was praised for his fourteen years dedicated service to the club;

Michael Flynn, St Michael’s AFC, who joined the Tipp town club as an eight year old and now has completed sixty years service. He is a selfless worker who takes great pride in the club.

John Quinlan, New Inn Camogie Club, founder, chairman and County Board representative, whose energy and commitment provides a safe environment for all the girls in the club.

Presenting the awards along with Minister of State Tom Hayes was Fionnuala McGeever of South Tipperary Sports Partnership. STSP was established in 2007, one of a national network established by the Sports Council, to develop sport and increase physical activity in the county. It had since delivered 115 programmes and 373 individual courses to 15,516 participants.