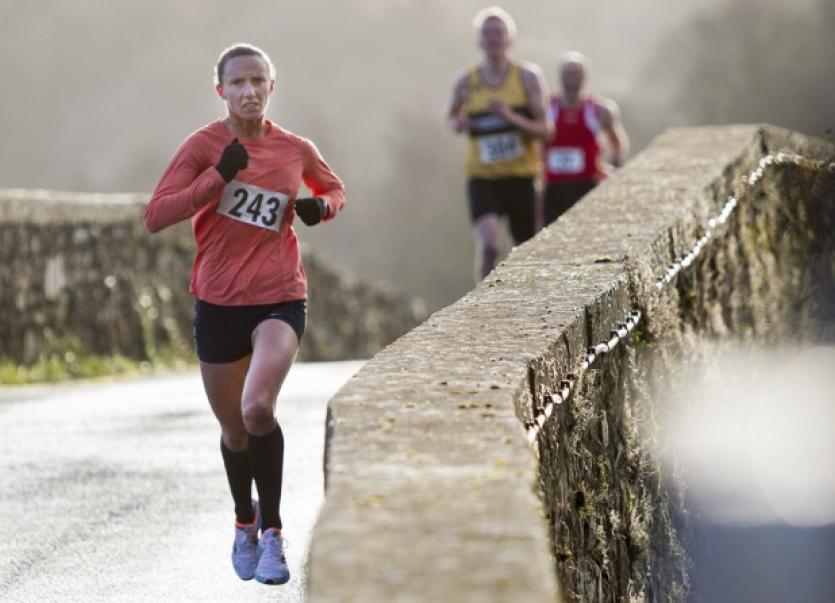 There was a fantastic entry with 412 athletes competing over what is regarded as one of the best 4 mile courses in the country.

This year’s race attracted a top class entry with five international athletes dictating the pace after the initial charge.

The leading group was down to four as they approached the 2 mile mark with Sean Tobin (Clonmel), Sergiu Ciobanu (Clonliffe Harriers) along with Eoin Everard and Brian Maher (Kilkenny City Harriers) setting the pace. As the athletes reached Bulmer’s Roundabout, Everard upped the pace with Tobin the only one to give chase. These two were still together as they reached 3 miles and then over the final 1K Eoin increased the pace and opened a gap which he held all the way to the line to win in a brilliant time of 18 mins 59 secs.

Sean Tobin was 2nd in 19 mins 3 secs after withstanding a late late challenge from Sergiu Ciobanu, last year’s winner who was one second adrift. Brian Maher, a previous winner of this race, was 4th in 19 mins 7 secs with Brian McMahon (Clonliffe Harriers) 5th in 19 mins 41 secs.

This race has been promoted by the Clonmel club since 1988 when 87 athletes took part. Since then it has grown in stature and in 2008 we change the course to its present route which is basically the old route in reverse and it has received great reviews ever since.

Siobhan O’Doherty (Borrisokane) won the ladies event in 21 mins 50 secs and set a new course record and is the only woman to get under 22 minutes for this course. Local star Angela McCann was 2nd in 23:11 with Dympna Ryan (Dundrum) 3rd in 23:31. Grace McConnell (Ballyroan/Abbeyleix) was 4th senior lady in 24:30 with Sandra Bowe (Clonmel) 5th in 24:49.