St. Nicholas and Cullen/Lattin into final 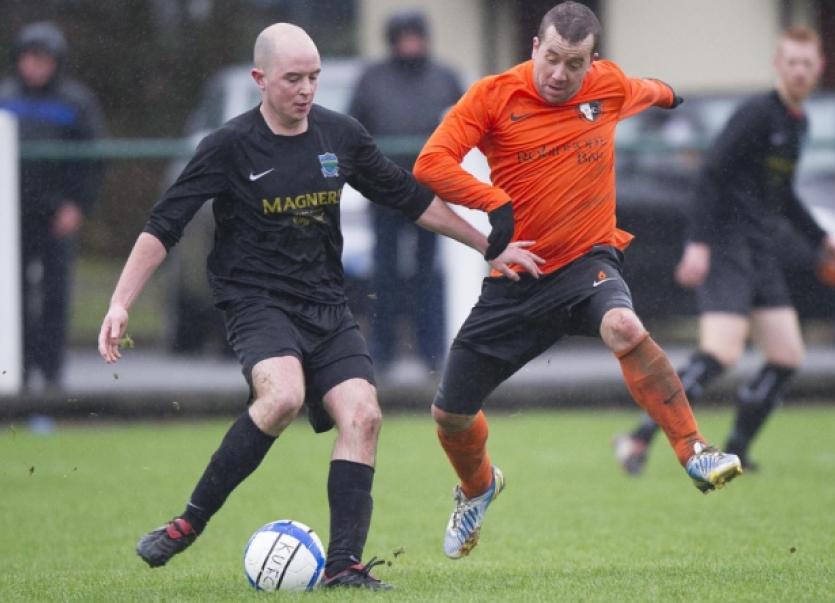 St Nicholas came from behind to inflict a cutting defeat on First Division high fliers Wilderness Rovers last weekend, to put themselves into this season’s Shield Cup final. The conditions dictated much of how the game went, and during the first half, despite both team’s efforts at good football, it was almost impossible to make a chance to open the scoring. The game was scoreless at the break and stayed that way for much of the second period, until a flurry of action near the end. Wilderness opened the scoring with only ten minutes left in normal time, and it came from an unlikely source, as a Nicholas defender attempted to clear from a corner, only to see his effort hit a colleague and deflect back into his own net to give the away side the lead.

It looked like this might be the only goal of the game, but three minutes from time, a Jonathan Ryan free kick from more than 30 yards out deceived the keeper sending the game to two extra periods. There were no more additions to the scoreline in this first period, and the respective managers must have been contemplating a penalty shoot-out, but in the end the game was decided by a fantastic free kick by the Saint’s Paddy Hennessy, who blasted a 25 yard effort past a rooted keeper.

All in all this was a good game in the windy conditions, but while Rovers have bigger fish to fry in the near future, Nicholas will relish their chances in another derby final against neighbours Cullen Lattin.

Cullen Lattin joined their neighbours in the Shield final by winning a local derby themselves against a well drilled Bansha Celtic side. The wind dominated this game making it truly a game of two halves with the home team benefitting in the first period. After a number of chances, Cullen/Lattin broke the deadlock with an excellent goal by veteran Davy Ryan, who beat a number of Bansha defenders to fire home. The second half was an almost mirror image of the first with Celtic now having a gale force wind at their backs. But, despite being camped in the Cullen half, they were unable to come up with that little bit of magic to unlock the home defence and in the end the single first half goal decided the game, sending Cullen through to an eagerly awaited final in the New Year.