First half blitz enough to send Saints to semi-final 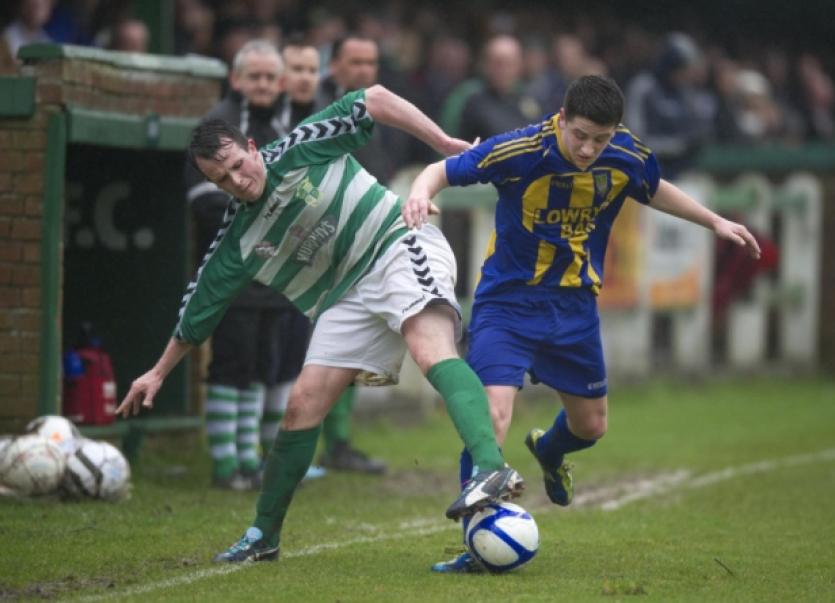 Park United came to Tipp Town on Sunday on the back of two wins against TSDL sides, but they never looked good enough to beat St. Michael’s.

Park United came to Tipp Town on Sunday on the back of two wins against TSDL sides, but they never looked good enough to beat St. Michael’s.

The Cork side did start well though and almost caught the home team cold in the early stages with a number of efforts.

That bright start was all for nought though, when nine minutes in the home team opened the scoring, when Darren Lynch scampered up the line and crossed to Russell Quirke, who delivered a wonderful curling shot beyond the reach of the Park keeper.

Lynch himself then missed a chance to double the lead only minutes later, but Michaels didn’t have long to wait, as in 17 minutes, newly crowned Irish Junior Player of the Year Paul Breen came up from defence to beat Kevin Deenihan in the goal after a cross from Russell Quirke.

This knocked the stuffing out of Park, and Michael’s began to turn the screw creating chance after chance, with John O Brien and Quirke going especially close. And then just as United thought they had reached the sanctuary of the dressing room at the break, Saints hit the killer goal with this time Richie Ryan becoming the provider for David Slattery to give his team a 3-0 cushion.

United did come back out fired up and right from the kick off Paul Masterson put through a ball for David Dineen to run onto, but Saints keeper Mark Lowry dealt with the threat. The home side didn’t learn from the scare nonetheless and within six minutes had given up a goal from a half volley by Gavin Stack who this time gave Lowry no chance.

The home team quickly shut up shop and denied the visitors for the rest of the game and Michael’s can now look forward to a semi-final game in a few weeks time, as they continue their relentless push for plenty of silverware this season