Tipp ‘have arrived as a serious outfit’ - Creedon 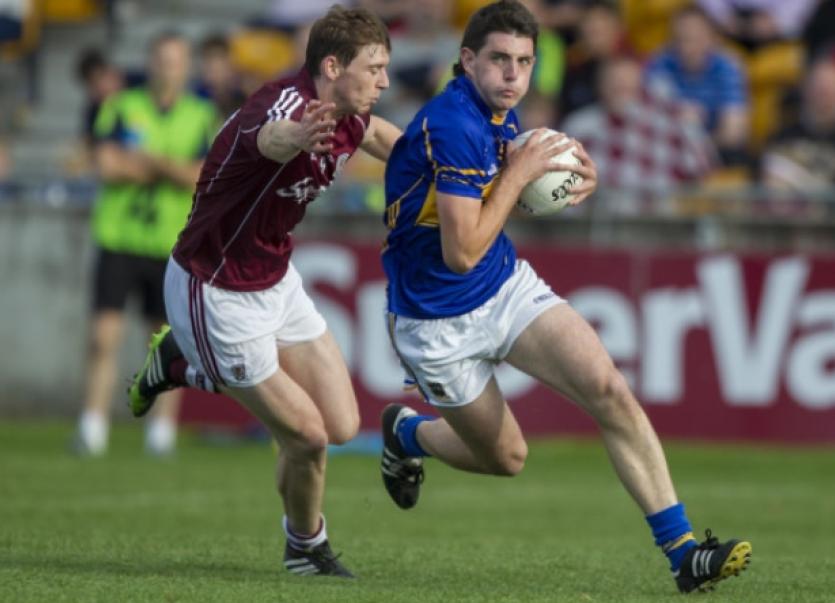 Tipp manager Peter Creedon was a mixture of disappointment and regret but nonetheless positively optimistic after his side’s defeat to Galway.

Tipp manager Peter Creedon was a mixture of disappointment and regret but nonetheless positively optimistic after his side’s defeat to Galway.

The West Cork man, who is just completing his two-and-a-half years term was stoically defiant in defeat and in his always matter of fact manner was already looking forward to the next game and another season ahead.

Saturday’s game in Tullamore was his 13th competitive game of the year, and unluckily it brings an end to inter-county football for Tipperary for 2014. But 10 wins and three defeats is a superb haul, promotion to Division 3, a Division 4 title, a first championship win in 11 years, and proud performances in defeat to upmarket teams like Cork and Galway can only be regarded as an excellent job of work done by Creedon and his cohorts.

He started his post-match comments by reflecting on Tipp’s performance.

“We had a chance in the middle of the first half and we should have been six or seven points ahead of Galway and we had one really bad turnover and Galway capitalised. We were working hard to get back in to the game then. But the lads showed fantastic character when 12, 13 points down. We could have just crawled into the ground.

“With 33 minutes on the clock we were six points apiece. Ten minutes later you were losing the game by 12 or 13 points. Galway didn’t do anything particularly wonderful to actually get that lead. But there are great grounds for optimism and I think we have arrived as a serious outfit. We have to tidy up on our defending. We had three or four players out injured this year and will be coming back to us next year and we will be much stronger and the boys will be a year older. We will be a handful again next season,” added the Tipp boss.

When asked about what pleased him in terms of today’s performance aside from the guts they showed to stay going?

“I was happy with the first 33 minutes because we were comfortable in the game and we probably kicked wides that could have put us ahead. (Tipp kicked eight first half wides and 11 in total). Maybe one or two high balls into the forward line which we were not trying to do all season. I thought Galway were there for the taking but they rallied and got the goals before half-time and we were on the back foot then. The second half was a bit of a roller-coaster,” said the clearly disappointed manager.

Tipp wing-back Colin O’Riordan came in for special praise after a superb performance considering his age.

Creedon said of the JK Brackens starlet “Colin O’Riordan’s display at wing-back was another fantastic performance. He is one of the many real talents on the team. The big problem is ensuring that they will all stick together and you bring them on. I think there’s pretty much a 100% chance that that’s going to happen.”

The manager further added referring to O’Riordan: “He was wing-back but he was everywhere and for a guy who is just after doing his Leaving Cert at 18 he has huge heart and is proud to wear the Tipp jersey. We have a lot of good players and have room for improvement as well going forward but I think there is optimism for Tipp football.”

The manager was asked the question - “At half-time you must have said to them no more goals and then what happened?”

“I suppose we made a few mistakes. Sometimes players need to find a bit of composure. Two of them were very bad handpasses. We were trying to play the game the way we wanted to, to attack the opposition, and you cannot afford those handpasses. We were disappointed with two of the goals. The first goal after half-time was a good goal for Galway. Their first came off a free when Barry was going down the wing, yeah, it was touch and go (i.e., the ref’s decision to call it). They are the calls. Barry has been getting done for that all season. The referees are looking at him when he goes in with his shoulder,” added the Tipp manager.

Q: You were on the cusp of history for Tipp today. You will get back there again surely with a team like this?

“Inter-county football is a serious business, every team out there is working really hard and there are no soft touches any more and we have a lot of serious potential. A lot of guys are quite young in terms of their age profile and if we get a bit smarter with our defending, get a little more cynical or clinical, whatever word you would use, I think we could push on again next year. If there was another 10 minutes we would have won,” added a manager who obviously believes in his charges.

Q: Will you be back next year - would you like to be there again?

“My term is up now, my two-and-a-half years is up. I probably would say yes but I have a busy life and other factors outside of that have to be drawn in to consideration. It has certainly got to the stage where a county manager would have to be retired. It’s full-time and the players deserve a person that would be able to give them more time, as well,” concluded the Tipperary manager at the end of a big year for Tipperary senior football which is in a much better place now than 12 months ago.