Tipperary hold all the aces to set up clash with Cork 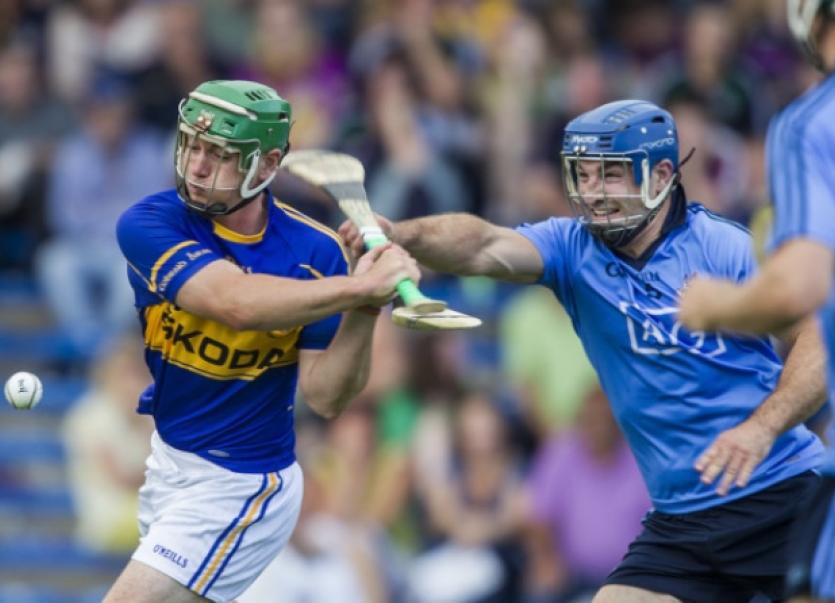 Tipperary glided into the All-Ireland Senior Hurling Championship semi-final, and a date with Cork on August 17, after this straightforward, stress-free victory over

The confidence accumulated from the recent defeats of Galway and Offaly was clearly evident, as Tipp’s recovery from their Munster championship exit gathers further pace.

In front of an attendance of 43,088 at Semple Stadium, Danny Sutcliffe gave Dublin the lead inside the first minute. However once Lar Corbett equalised, and a free from man of the match John O’Dwyer from about 100 metres gave them the lead in the fourth minute, a pattern was established. Tipp exerted a stranglehold on proceedings from that point onwards and their passage to the last four was wrapped up long before the end.

No more than in the first quarter-final between Limerick and Wexford, the quality of this game never scaled the heights. Tipp manager Eamon O’Shea acknowledged that his team’s performance couldn’t be included in the vintage category, but the result was all that mattered. It’s always better to win a poor game than lose a thriller.

Moments of anxiety were few and far between for the home side. Dublin, admittedly, were competitive in the early stages, an Alan McCrabbe free drawing them level in the 8th minute (0-3 each) in response to O’Dwyer and Corbett’s early scores. It was 0-5 to 0-4 in Tipp’s favour after a quarter of an hour, a fine effort from Ryan O’Dwyer keeping Dublin’s interest very much alive. Tipp, however, soon stepped up the tempo, as they reeled off the next five points through ‘Bonner’ Maher, Seamus Callanan (two ‘65s and one from play) and Shane McGrath to offer them a 0-10 to 0-4 advantage by the 22nd minute. Alan McCrabbe missed a ‘65 when he had a chance to reduce the gap to a goal and Tipp finished the half stronger with two Seamus Callanan frees, a stylish effort from John O’Dwyer and Noel McGrath and Gearoid Ryan points to present them with a 0-15 to 0-8 lead at the break.

Dublin hinted at a comeback in the early stages of the new half. Half-time substitute Paul Ryan injected a freshness and vitality into their attack and his pass set up another sub, David O’Callaghan for a run at goal, his progress halted by Cathal Barrett’s high challenge. However Paul Ryan’s penalty was blocked by Brendan Maher, with Conal Keaney popping the rebound over the bar.

Another Keaney point fourteen minutes into the second half meant that Dublin were 6 points in arrears, having scored three without reply. However it was all downhill from there, as they scored just four more points in the remaining 21 minutes, with Tipp clocking up 2-5 in the same period.

The game was as good as over when John O’Dwyer scored the first goal with 18 minutes remaining after Denis Maher, James Woodlock and Seamus Callanan combined to great effect. That left it at 1-18 to 0-12 and while 9 points isn’t an unassailable lead in hurling Dublin’s performance, despite the best efforts of Danny Sutcliffe, Paul Ryan and Alan McCrabbe, wasn’t of the standard that suggested they could reel in their opponents.

They replied to that opening goal with a pair of points from David O’Callaghan and Eamon Dillon, and Paul Ryan’s ‘65 answered a Gearoid Ryan point before Conal Keaney’s delivery caused an anxious moment for Tipp goalie Darren Gleeson.

Tipp, though, turned the proverbial screw in the closing stages. As a heavy shower interrupted an otherwise balmy day in Thurles Seamus Callanan had a point before John O’Dwyer buried the rebound, after Dublin goalie Alan Nolan had made a terrific save from ‘Bonner’ Maher’s shot, as Tipp eased towards the finishing line.

Points from Seamus Callanan (two frees) and substitute Shane Bourke put a further gloss on the scoreline, as thoughts turned towards that mouthwatering Croke Park showdown against Munster champions Cork on Sunday fortnight.