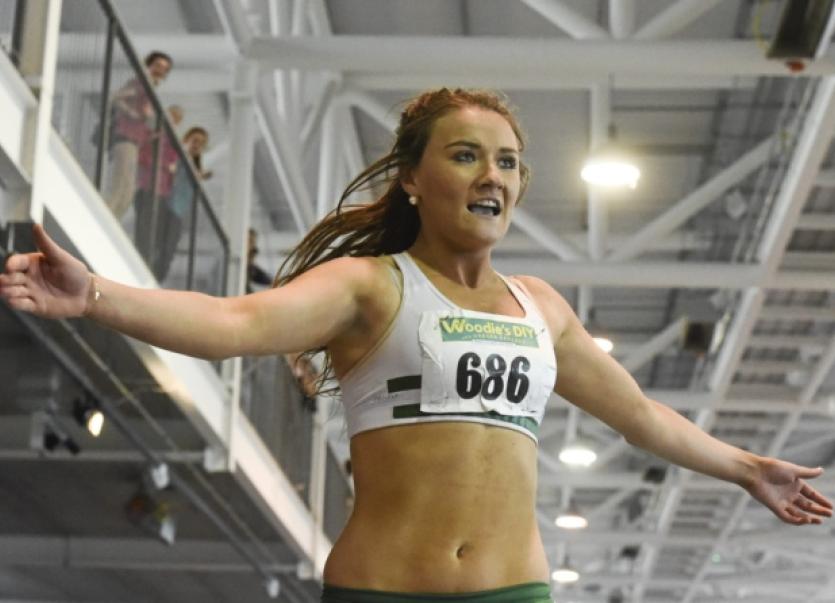 Hurler Seamus Callanan and the all-conquering St. Michael’s soccer team are among the sports stars chosen for Annerville Awards by the Tipperary United Sports Panel.

Hurler Seamus Callanan and the all-conquering St. Michael’s soccer team are among the sports stars chosen for Annerville Awards by the Tipperary United Sports Panel.

A total of sixteen amateur sports people have been selected for the awards, which will be presented by the Sports Panel at its annual function at the Clonmel Park Hotel on Saturday night, January 24.

The 2014 awards have a special significance, as this is the 50th year that they have been sponsored by Bulmers.

Seamus Callanan announced himself as a player for the big occasion when he starred on the Tipperary team that went so close to lifting the All-Ireland title before being denied by Kilkenny after two epic encounters. While he would have preferred an All-Ireland medal it was a year of great personal achievement for Callanan, who finished the championship season with a huge tally of 9-50, 9-16 of which came from play.

Conor Sweeney, meanwhile, starred in Tipperary’s promotion campaign from Division Three and also had the distinction of being the overall top scorer in the National Football League.

2014 was a year when Clonmel Rugby Club created history, winning the Munster Junior Cup for the first time when they defeated Tipperary neighbours Clanwilliam in the final at Musgrave Park in Cork.

Equestrian Sports winner Peter O’Donnell from Cahir returned home from the Students Riders World finals in Belgium with two golds and one silver medal. He was also part of the Irish team that claimed the overall team championship.

St. Michael’s soccer club from Tipperary town recently captured their seventh piece of silverware of the year when they won the Munster Champions Cup. The highlight of an incredible season was the FAI Junior Cup win, the second in their history, while they also won the Munster Junior Cup and the double in the Tipperary League. The contribution of the club’s management team will also be recognised with presentation of the Sean Lyons Sports Executive Award.

Teenage athlete Phoebe Murphy cemented her reputation as a household name in Irish sprinting with a double in the 60 and 200 metre events at the National Indoor Juvenile Track and Field Championships.

Aisling Moloney from Cahir, who played on two Tipperary teams (the U-16 and Minor) that won All-Ireland titles has been honoured with the Ladies Football Award.

Arthur Pierse, who played on the Irish Seniors team that won the European Championship has been named as the winner in golf while Kildangan’s Sinead Meagher, who scored a hat-trick when Tipperary beat Galway in the All-Ireland U-16 Championship Final, is honoured in camogie.

The unique handballing achievement of the Mullins brothers from Clonmel has been recognised. Between them Kevin, Jimmy, Billy and Pakie won four Munster titles in the Golden Masters A, Emerald Masters A and Ruby Masters A grades, making it a memorable year for the family. It was also a landmark year for national pitch and putt matchplay champion Breda White-Lonergan.

Double All-Ireland winner Blaine O’Brien, who won titles in the U-15 and U-17 Championships, continues the proud tradition of Clonmel Boxing Club.

A relative newcomer to the sport, Darren Fehilly made an immediate impact in powerlifting. He won World and European championships and also broke two world records.

The Knocknagow Award, which is presented to a sportsperson of the past goes to champion powerlifter Bernie Fennessy from Clonmel while Peggy Colville, a leading light in Community Games for many years, has been rewarded with the Lifetime Achievement Award.