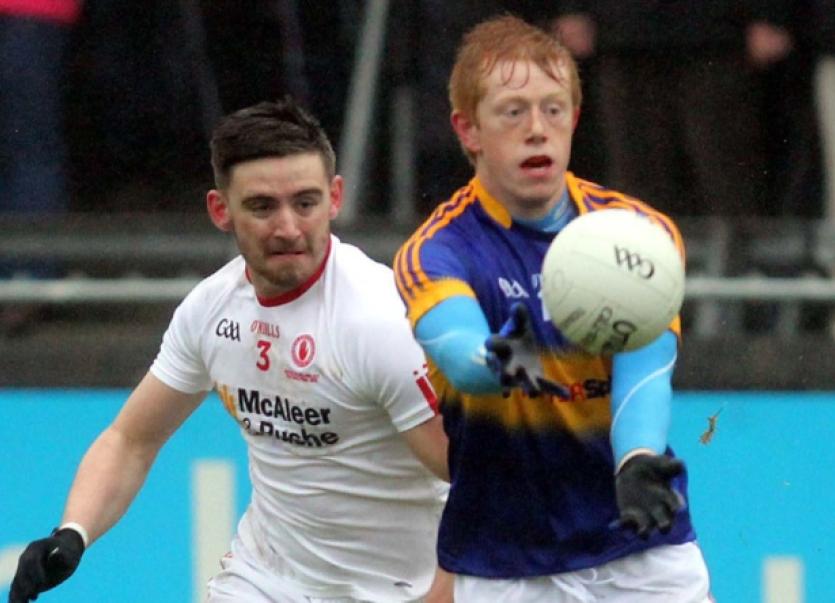 While Saturday’s All-Ireland under 21 football final against Tyrone may have ended in defeat there is still plenty to look forward too for Tipperary football at this grade.

While Saturday’s All-Ireland under 21 football final against Tyrone may have ended in defeat there is still plenty to look forward too for Tipperary football at this grade.

Nine of the starting 15 from the Tyrone game will again be eligible for 2016. Gone from the panel will be goalkeeper Evan Comerford, wing-back Bill Maher, Steven O’Brien at midfield, wing-forwards and Clonmel Commercials clubmates Jason Lonergan and Ian Fahey, as well as free-taker Kevin O’Halloran.

Loughmore/Castleiney’s John McGrath, who was introduced late on, will also be out of grade next year.

Significantly though team captain Colin O’Riordan will once again be eligible to lead Tipp next year and will undoubtedly, when the hurt of Saturday subsides, relish the opportunity at another go at Munster glory.

The full-back line of Kevin Fahey (Commercials), Jimmy Feehan (Killenaule) and Colm O’Shaughnessy (Ardfinnan) as well as half-back clubmates from Moyle Rovers, Ross Mulcahy and Luke Boland, are all eligible when the competition resumes in Spring 2016.

Liam Casey (Cahir), Josh Maher (Golden/Kilfeacle) and Paul Maher (Kilsheelan/Kilcash), established forwards this term, will be available for whoever will take charge in pursuit of retaining the Corn na Casca next time.

From the minor class of 2013, beaten in the Munster final by Kerry in Killarney, the likes of Danny Owens and Stephen Quirke (Moyle Rovers) and Paudie White (Commercials) will be just some of the obvious talent also available.

While defeat to Tyrone right now might seem to be the end of the world, these are exciting times for Tipp football. Peter Creedon, Tommy Toomey et al will be looking forward to even further progress in the years ahead.