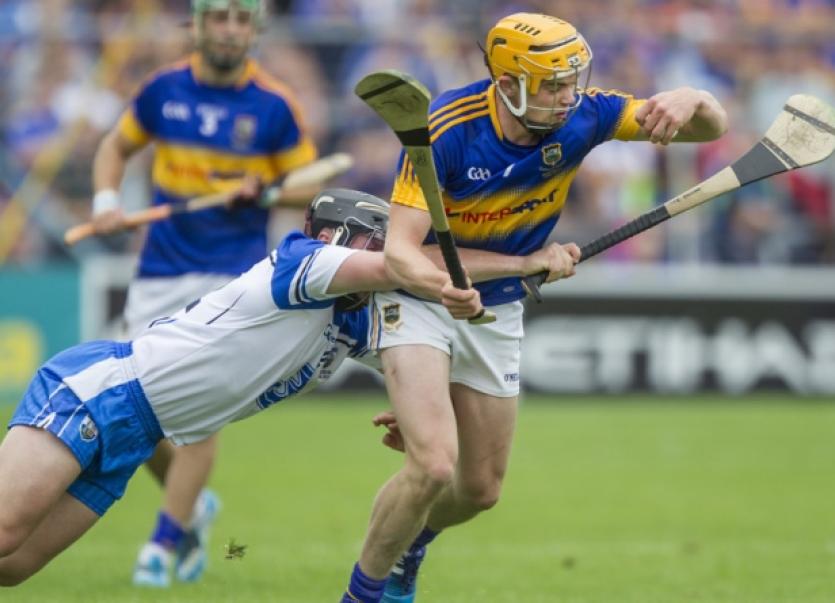 Tipperary out-thought and out-fought Waterford in the seething cauldron of Semple Stadium on Munster final day to deliver a much coveted provincial title by grinding out a victory with a collective team performance that won the day.

Tipperary out-thought and out-fought Waterford in the seething cauldron of Semple Stadium on Munster final day to deliver a much coveted provincial title by grinding out a victory with a collective team performance that won the day.

While the occasion was special - Munster final in Thurles against neighbouring rivals with so much riding on the outcome for both teams - the contest won’t be remembered as a classic Munster final. It was an absorbing tactical confrontation throughout with Tipperary emerging superior in Munster before facing into the next stage of their quest to land the ultimate prize of an All-Ireland title.

An unbeaten Waterford came to squeeze the life out of Tipperary in front of their own goal and that they achieved through the implementation of their well rehearsed system of using Tadhg De Burca as a sweeper in front of their full back.

Just one goal chance fell to Tipperary, a Callanan effort in the second half, and apart from that the team that put four goals past Limerick in their emphatic opening Munster championship outing were frustrated and forced into taking another route to victory.

Tipperary, who manager Eamon O’Shea had said prior to the match had not found a way around Waterford in three outings to date this year, on this occasion did so when it really mattered. They found the composure, quality and experience to overcome the Waterford system, closing out the last quarter of the game, outscoring Waterford by eight points to four having just held a one point lead after a Maurice Shanahan ‘65 brought Waterford to within a point of Tipperary after fifty minutes.

While Waterford protected that area in front of their goal as expected, Tipperary picked off scores from distance, with snipers like John O’Dwyer, Jason Forde, Niall O’Meara, ‘Bonner’ Maher and Lar Corbett all firing crucial scores over.

The efficiency of Tipperary in taking scores from outside the Waterford inner shield compensated on the day for the failure to breach the Waterford defence for goals and the scores picked off by the Tipperary marksmen, particularly in the closing ten minutes, saw them over the line.

The fact that Tipperary triumphed without Callanan goals - the Drom-Inch man was incredibly kept scoreless from play, an indication of how successful Waterford were in denying Tipperary space in front of goal - was one of the positives to be taken from the match.

Waterford did pay a heavy price for ensuring that level of protection was in place. Maurice Shanahan and Michael Walsh were asked to take on a massive burden in attack for Waterfod and deploying the sweeper system cost them dearly further up the field.

Waterford refused to abandon the system even in the closing ten minutes when they were chasing the game and while they created two clear cut goal chances in the game, they were always short bodies in attack.

Colin Dunford, whose blistering pace caused Tipperary huge problems, left a defender in his wake with one of his trademark penetrative runs but his strike was too close to Darren Gleeson with Waterford’s other goal chance created by a careless short puck out by Gleeson to Cathal Barrett which was intercepted by Stephen Bennett. Bennett availed of the opportunity running in on goal but his kicked effort went inches wide at a point in the game in the first half when Tipperary held a four point cushion.

After that miss Waterford did kick on and scored four unanswered points to level, scores fired over by Austin Gleeson and Maurice Shanahan with two superb strikes from play and a free and Waterford were back in the game after a slow start.

Tipperary defenders who had too much time on the ball were casual in their decision making and were guilty of stray passes which invited Waterford on to them.

In one instance Padraic Maher, who had oceans of space, seemed surprised at the amount of ground Kevin Moran made up to put him under pressure and when Moran dispossessed him, Maher committed the foul which Maurice Shanahan duly converted and when Shanahan scored another free and a point from play Waterford were on level terms.

‘Bubbles’ O’Dwyer, who was well marshalled by Noel Connors in the first half, landed his first point to edge Tipperary ahead again but Waterford, who were enjoying their best spell of the match, equalised with an awesome score from corner back Shane Fives. Waterford took the lead through a strike from Kevin Moran, who had led the Waterford rejuvenation, before Tipp equalised through Michael Breen and were one up at the interval thanks to a Seamus Callanan free in time added on.

Lar Corbett was introduced at half time for Breen, who had been asked to fulfil an unfamiliar advanced role, and took up station in the half forward line which now also included ‘Bubbles’ who moved out to try and get on the ball more.

He found his range with two superb strikes from play and a free from well inside his own half and he along with Corbett, Jason Forde and Niall O’Meara showed admirable composure waiting for the opportune moment to go for a score from further out the field.

Waterford paid a huge price for indulging in a period of poor shooting at the beginning of the second half.T hey had ample opportunities to put Tipperary under pressure but failed to make them count.

While Tipperary efficiently went about their business in picking off scores in the second half, Waterford had to work much harder to create scoring chances.

When they did, because of the effort put in by Colin Dunford and Jamie Barron from embarking on lengthy piercing runs through the Tipperary defence, by the time it came to looking up and going for the score they ran out of steam and their efforts yielded no reward.