Westside - Forward failings again to the fore as Tipp exit 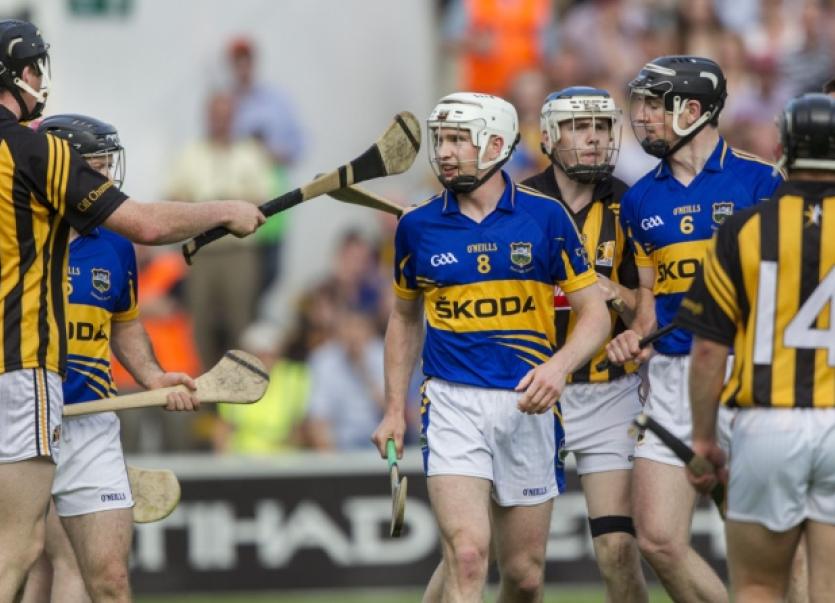 It’s no consolation for Tipperary that this game will be remembered as one epic collision.

It’s no consolation for Tipperary that this game will be remembered as one epic collision.

Nowlan Park was a cauldron of raw intensity as two of the game’s heavyweights played out a defining moment in this year’s series.

Sadly for Tipperary it was also an exit moment, one that underlined Kilkenny’s latter day dominance and may well become a threshold event for this Premier panel.

The post mortems will be severe on Tipperary – it might be an appropriate time for the forwards in particular to take a foreign holiday! However, as always these things need to be kept in perspective: Tipperary’s championship blow-out happened not in Nowlan Park but in the Gaelic Grounds on June 9. Last Saturday was merely the penalty price for events four weeks earlier.

Facing into Nowlan Park, a veritable bear-pit for Tipperary hurling, was going to be ultra difficult to escape. The Kilkenny psyche could hardly tolerate defeat to Tipp in their home paddock – especially a defeat that might spell the ending of an era.

In the circumstances we needed a smile from the gods but got a frown instead. The advance withdrawal of Paul Curran was rotten luck. If there’s one warrior you’d need for the severity of Nowlan Park it was Curran.

And while his battling qualities were going to be missed an even more damaging aspect was the shuffling necessitated by the full back’s removal. In particular having to pull Brendan Maher back from midfield to half back was a damaging readjustment especially with Shane McGrath once more failing to deliver.

And here’s a curiosity that I’m afraid I can’t rationalise: if Kieran Bergin was well enough to play half the game then surely he could have started.

When your luck is out the gods really play ‘Molly Bawn’ with your chances. Lar Corbett began this game like a reprise of 2010 with one goal bagged and a few frees won before that hamstring snapped. (Incidentally wasn’t there an ugly nastiness in the way Kilkenny cheered his injury. Contrast that with the generous and genuine applause for Shefflin in the 2010 All Ireland. Kilkenny might win All Irelands but their followers get few prizes for sportsmanship).

For twenty minutes Corbett was the forward catalyst and things looked promising; his injury, however, hinted that this was not going to be Tipperary’s day.

Still that first half was ultra tight and intense with no heavy advantage spilling either way. A half time score of 0-9 to 1-6 read like a bad football game but those figures told nothing of the passionate intensity of every clash in this collision. Nowlan Park was a furnace in every sense.

When a game is as tight as this one you tend to isolate individual items that could have altered the course of history. Early in the second half Eoin Kelly missed a free and then was denied a goal after a powerful run and lay-off from James Woodlock. Like most people I thought that goalie, Murphy, had made a spectacular save but television viewers soon knew that it was the arm of J.J. Delaney which got in the way. Big games are often won by centimetres. The damage was then compounded when Kelly missed the resultant ‘65’.

After those let-offs for Kilkenny this was going to be a tough final quarter for Tipperary and in truth we never looked like winning in that decisive phase of the contest. A familiar pattern developed now as Kilkenny’s aerial supremacy in defence became an impenetrable bulwark for the Tipp attack, Brian Hogan especially prominent in that regard. Forward failure as against Limerick would cost us dearly.

Tipperary’s inability to win primary possession in attack, especially from aerial deliveries, has become a damning feature of this team all year. Corbett’s absence was part of the problem because his presence offers an extra dimension to that attack. Then there was the ongoing slump in ‘Bonner’ Maher’s game not to mention John O’Brien’s ineffectiveness. The net effect was a forward line lacking ball winners and each fetch and delivery from the Kilkenny rearguard was oxygen to their lungs.

It was left to Woodlock to show the attack how to unlock the Kilkenny rearguard: run at them. I haven’t been Woodlock’s biggest fan but his second half here was probably his finest spell in a Tipperary jersey.

We needed a goal to take this game in the final phase and it never looked likely. Jason Forde got a fleeting chance but was quickly swallowed up by the backs and one sensed that the longer this game progressed the less likely was a Tipperary win. Shefflin’s introduction was choreographed for maximum impact; with their spiritual leader now back in the trenches the followers sensed that nothing could stop them.

It was in truth a luckless day for Tipperary but there’s no point in hiding our shortcomings either because there’s been a pattern all season. One of the biggest disappointments surrounding Eamon O’Shea’s first year is the failure to devise a strategy to counteract our forward flaws.

Inevitably our credits once again go mainly to the defence. Cahill was outstanding as he has been all year while O’Mahony rebuffed his critics with a powerful display. Indeed as a unit the defence was excellent, a few careless frees one of the few cribs we can make. Brendan Maher did better when he moved to midfield where we failed badly in the first half before Woodlock produced his best in the second. In attack Corbett was the main man early on at a time when John O’Dwyer was also moving well. Thereafter we lost all effect with just the odd isolated item such as a John O’Brien point in the second half.

One suspects this exit will have major repercussions for this team. Here’s an interesting statistic: we began on Saturday with twelve of the same starting team from the 2010 All Ireland; Kilkenny had just six of theirs. Apart from the injuries there’s been an ongoing evolution, a reinvention in the Kilkenny team which we’ve failed to match. Essentially we’ve been relying on the same personnel and one senses now that major change is on the way. The Kilkenny era goes on – Tipperary’s seems over.

P.S. The free count on Sunday was almost two-to-one in favour of Kilkenny. Some of the fouls we committed were downright silly – others were very cheaply awarded.

P.P.S. An unwelcome silver lining for the County Board: finances will surely benefit now with so many teams already dismissed from the various championships.

P.P.P.S. Meanwhile it’s back to stoking the home fires with local business to be sorted including relegation ties.