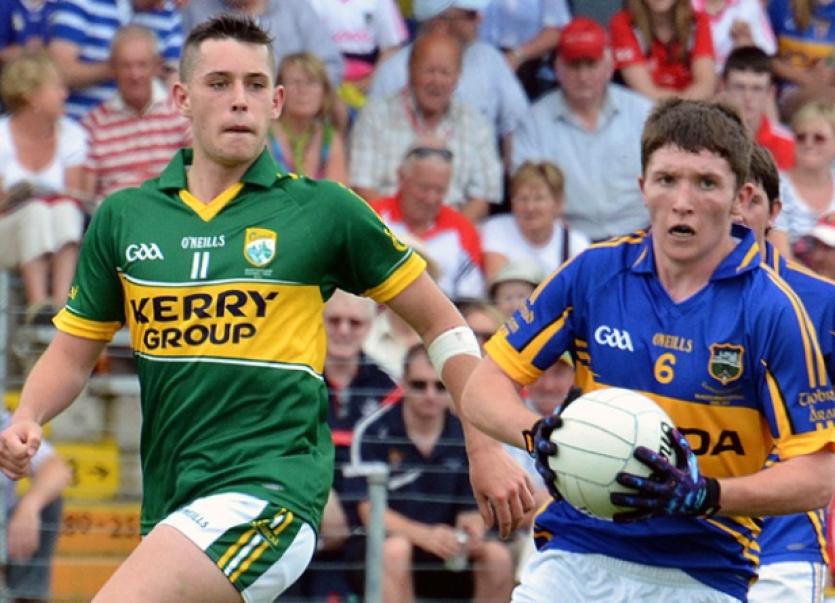 “The decision was harsh but that was the referee’s decision. We have to accept it whether it is right or wrong it is irrelevant.”

The decision was to have a big bearing on the game considering the mammoth effort Tipp made in the second period before visibly tiring in the end, due in part to the stifling heat but even more so the numerical disadvantage.

Speaking of his own charges Mickey Ned O’Sullivan was cautious in his praise.

“It is good that they have the temperament for the big occasion. I always felt it was hard to get them going but I felt that given the right conditions and right place .... class is permanent and form is temporary. I always felt class would come through if we kept patience with them.”

O’Sullivan went on to say: “We knew that with the extra man we could knock off the scores, we could be economical. We wanted to prevent Tipp from getting a goal so we played a sweeper back and we just played safe.

“We knew that if we got enough ball up to the lads up front and if Jack (Savage) got enough run at them, call the fouls, Jack would score everything.”

“I think we have a good bench this year and I hope we will get the opportunity of using more of them.”

“Success breeds success and you know you need success for confidence. And hopefully we will build on that confidence.”

Looking forward in the competition he said “they are all going to be big challenges from here on.”

When asked directly about Tipperary he had this to say.

“Tipp have a great structure and are physically very strong, impressive team and they are very physically strong. The middle of the field is excellent. Riordan is a fine footballer. They scored four or five points from midfield. And they were winning their own kick-outs.”