No win but pride back in Nowlan Park cauldron 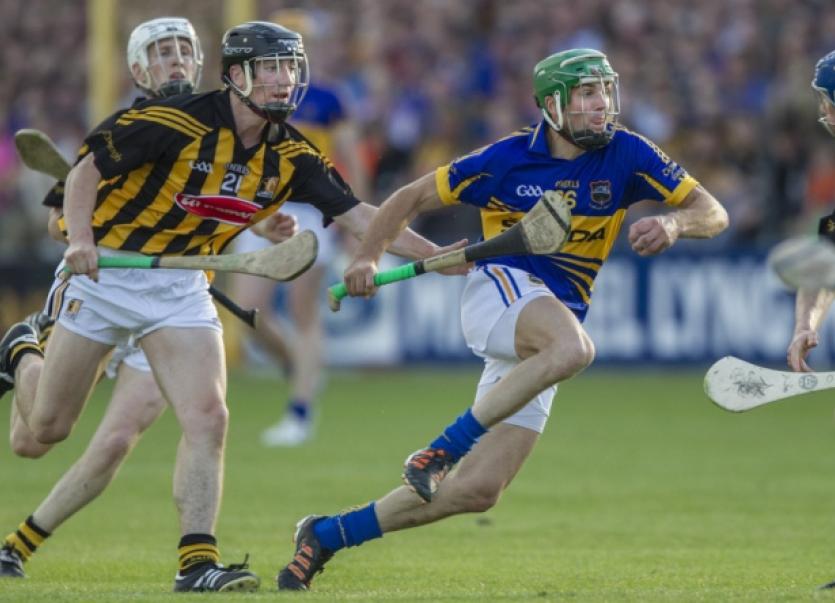 As defeats go this was one of the most painful to endure. Tipperary hurlers gave everything but lost a battle of huge intensity to arch enemies Kilkenny when survival was all that mattered in a titanic collision in Nowlan park last Saturday.

As defeats go this was one of the most painful to endure. Tipperary hurlers gave everything but lost a battle of huge intensity to arch enemies Kilkenny when survival was all that mattered in a titanic collision in Nowlan park last Saturday.

With the exception of the one glorious 2010 All-Ireland victory when Tipperary managed to conquer Kilkenny,Tipperary have suffered at the hands of Kilkenny in All-Ireland finals, All-Ireland semi finals and national league finals in recent years but this defeat inflicted a deep wound on a Tipperary team that find themselves out of the championship in early July, having lost two out of two championship games this year. There was no rout, no Tipp supporters leaving a stadium early. Tipp stood up and were counted but the powerful motivation that surged through this legendary Kilkenny team in their own backyard following defeat to Dublin proved too much. The loss of Lar Corbett and JJ Delaney’s heroic block on Eoin Kelly’s missile were two of the major turning points, moments that seriously undermined Tipp’s chances of coming out on top in this monumental contest.

Despite those setbacks Tipperary hopes were still very much alive at the business end of the ‘in your face’ confrontation, just a point behind with five minutes remaining. James Woodlock’s point had reduced the deficit to a solitary score but Kilkenny finished the stronger, they had more ball winners and leaders than Tipperary when it mattered which saw out the game for them. Just as they were against Limerick, Tipperary were hampered by the inability of forwards to win the ball in the air. Kilkenny defenders plucked ball out of the sky at ease and physically Kilkenny defenders were on top with not one of the Tipp starting half forward line making an impact. Bonner Maher and John O’Brien were substituted while a subdued Noel McGrath was moved to wing back which highlighted the dominance of the Kilkenny half back line. The three starting half forwards scored just two points between them and their inability to prevent opponents from winning so much ball allowed Kilkenny secure a grip on the game. The inside forward line for Tipp fared much better, Lar Corbett proved to be a willing target man, Eoin Kelly was his industrious self while John O’Dwyer made a telling contribution taking three vital scores.

Corbett’s replacement Seamus Callanan made an immediate contribution scoring a point prior to half time to level and scoring Tipp’s first point in the second half to level again but like the other Tipp forwards he was unable to compete with Kilkenny in the air. It was not just Kilkenny defenders who were dominant, so too were the lion hearted defenders of Tipperary.

Michael Cahill, Paddy Stapleton, Conor O’Brien, Conor O’Mahony, Brendan Maher and Padraic Maher caught a huge amount of ball as well. Brendan Cummins pulled off a remarkable save from Matthew Ruth after fifty four minutes to keep Tipp in the game, ensuring the Kilkenny lead remained at just two points at a crucial stage of the game. Another disappointing aspect of Tipp’s play was a familiar pattern of not scoring for long periods. Seamus Callanan’s point at the close of the first half was Tipp’s first score for thirteen minutes and eleven minutes had elapsed between John O’Brien’s 38th minute point and John O’Dwyer’s point which finished off Tipp’s best move of the day to leave the teams level again. Kilkenny went on to score the next two and Eoin Larkin put Kilkenny three ahead. Tipp showed great character to bring three point leads back to two points on two occasions through scores from Eoin Kelly and substitute Kieran Bergin. While the impressive Woodlock brought it back to just one point with five minutes left Kilkenny powered on to score three without reply. One of those scores was set up by substitute Henry Shefflin who arrived to a cresendo of noise with five minutes left. John O’Dwyer scored his third point in injury time.